Football
Features
The England star has wowed the nation but he's a leader on the road too
Simon Lillicrap
16:00, 04 Nov 2020

There is a lot we know and love about Marcus Rashford MBE, but something that may have passed you by is the 23-year-old’s status as a massive petrolhead. With a particular obsession with German car manufacturer Mercedes-Benz, Rashford has driven some dazzling motors in his fledgling career to date.

So let’s take a look at some of the stand-out machines the Manchester United and England star has got behind the wheel of...

When he first broke into the Manchester United team in February 2016, the 18-year-old spent his hard-earned money on a tidy Audi RS4. Worth £39,000 brand new, this number would have cost Rashford around a week’s wages to insure for the year given that he quickly signed a £20,000 a week deal after his senior debut.

The car that began this Mercedes obsession was a black CLA 45 Coupe. But on his way back from training one day in 2017, a motorist smashed into the rear end of his £60k pride and joy, causing almost irreparable damage and leaving Rashford shaken. The car was initially thought to be a write-off but was later repaired and sold. 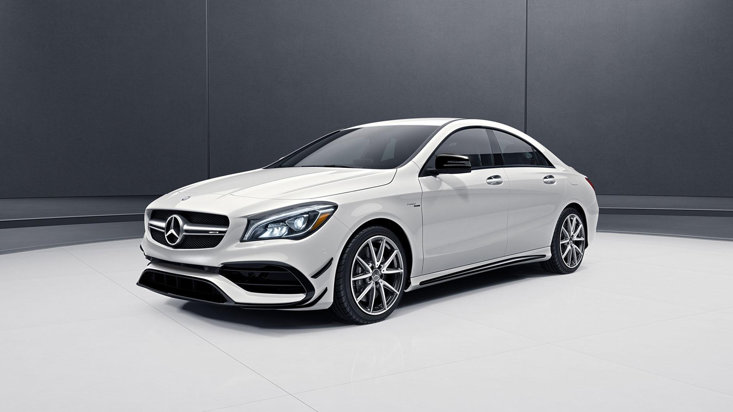 He may have only been on the roads for five years but he has already tried out some of the classiest Mercedes. His swish S Class Coupe with a stunning white interior was his first car worth over £100k, but his love for Mercs is seemingly never-ending. He’s also been pictured driving a Mercedes-AMG C 63 Saloon (£70k), the imposing GLA (£30k) and the C Coupe (£38k).

The most beautiful car on the planet. Not our words, but the award this car won at the 2018 Car Awards. A classic British stunner, this is a newer and bigger version of the footballer’s favourite, the Evoque, but Rashford even had clever modifications added to improve the look and feel of the car, including a ‘body program’ for more road presence.

Costing £150k, Rashford's Mercedes-AMG G63 4x4 has 577bhp and can do 0-60 in 4.5 seconds. The Manchester United forward has also had this one customised with a camouflage paint job and custom made bonnet, meaning Rashford stands out even in the Carrington car park.