Football
Features
The Norwegian was snapped up as a 16-year-old by Real Madrid but has suffered since
Simon Lillicrap
14:00, 02 Feb 2021

As Martin Odegaard trotted onto the perfectly trimmed Emirates Stadium turf, it felt like the Gunners breathed a collective sigh of relief. Not only were they heralding the Norwegian’s arrival but it also felt like the definitive end of the Mesut Ozil saga that has strangled the club over the past couple of years.

Now taking up the creative mantle for Mikel Arteta’s side, the 22-year-old will hope to provide the spark this side craves. But Odegaard’s career hasn’t been played out in the shadows, instead from the age of 15 he was thrust into the limelight and, until recently, many thought his career could go the same way as Freddy Adu’s. So how has he turned things around?

Well, let’s go back to the start. One of the most exciting child prodigies of the last decade has been making waves ever since Lars Tjærnås, one of his youth team managers at Stromsgodset, picked him to play in an under-16s tournament at the age of 11. “The best 15-year-olds in the country were gathered for a tournament between the top clubs,” Tjærnås later explained. “It was definitely not the first time he had astonished his opponents or the spectators. He was three or four years younger than the others. It was impossible not to realise that we were witnessing something out of the ordinary.” 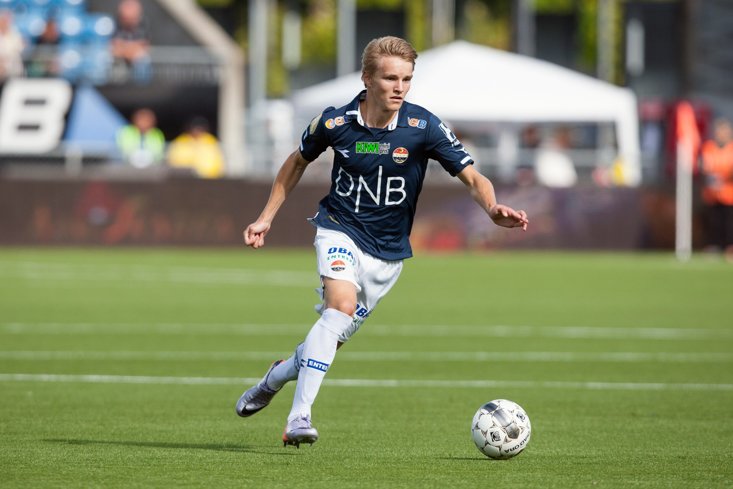 ODEGAARD WAS ALREADY A STAR AT 15 WITH STROMSGODSET

At 13, he was training with Stromsgodset’s first team and even played in a friendly match for the senior side against rivals Mjondalen, while he was also invited for training sessions at Bayern Munich and Manchester United. At 14, he was playing in the fifth tier of Norweigian football for Stromsgodset’s third team and soon made his transition into the Tippeligaen with the first team, becoming the league’s youngest-ever player at the age of 15 and receiving his first international cap at the same age.

He continued training with top sides around Europe here and there, most notably Arsenal (more on them later), Liverpool and, of course, Real Madrid. It was the Spanish giants who grabbed his attention and his signature in January 2015. Signing for a fee of €4m, he penned a deal worth €40,000 a week at the age of 16 and initially played in the second team. However, he made his debut for Los Blancos, replacing none other than Cristiano Ronaldo in a 7-3 win against Getafe, becoming their youngest-ever player, aged 16 years and 157 days.

Following that whirlwind rise, things became more of a struggle for the Norwegian. Loans at Heerenveen and Vitesse proved useful rather than spectacular, but it has been in the past year that he has really matured as a player. His loan at Real Sociedad for the 2019-20 season saw him really begin to reach the promised heights, so much so that he won La Liga’s Player of the Month award in September 2019. His chance creation statistics were (if you ignore the anomaly that is Lionel Messi) comparable with the best players in Spain. 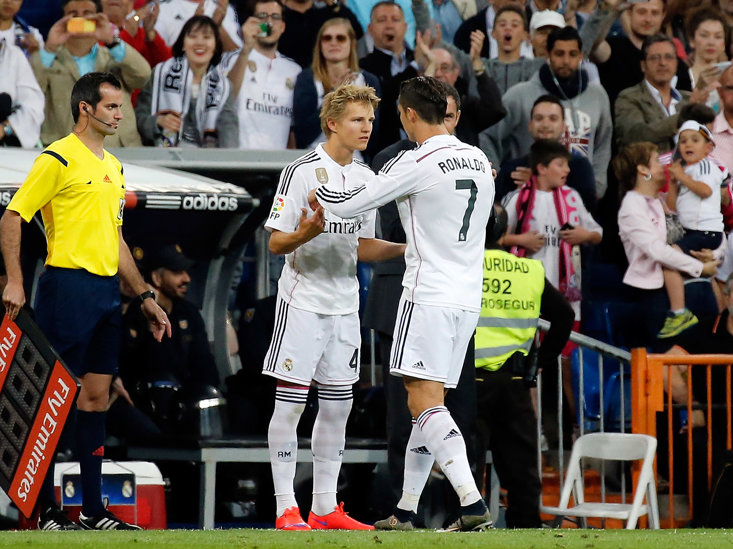 ODEGAARD REPLACED RONALDO AS A 16-YEAR-OLD

After 34 appearances, four goals and six assists at Anoeta, Madrid had seen enough to decide against loaning him out for the 2020-21 campaign, and they even started him in their first league game of this season. However, game time soon became limited, and Arsenal have jumped in to make the most of his latest career crossroads.

In Odegaard, the Gunners are getting a truly energetic creator in midfield, someone who should flourish playing with the likes of Pierre-Emerick Aubameyang and the in-form Alexandre Lacazette. Emile Smith Rowe has stepped into the first team with ease, but Odegaard’s arrival eases the creative burden on the youngster. The Norwegian’s driving runs at the defence should theoretically give the Gunners a slightly different option to the more fluid Smith Rowe, and while he won’t win many headers, his left-footed set-pieces will give Arsenal another attacking advantage, and he is capable of beating his man with ease to help unlock stubborn defences.

This is an exciting signing for Mikel Arteta’s side and a big moment for Odegaard himself at this point in his career. There must be a lid put on expectations given his age and lack of Premier League experience, but at 22 he still has plenty of time to fulfil his potential, and a successful spell at Arsenal could help point him back in the direction of superstardom.