Football
Features
Jurgen Klopp has several options when it comes to his back four
Simon Lillicrap
06:45, 18 Sep 2021

We saw the very worst of Liverpool’s central defenders last season as an injury crisis stripped them bare at the back. Despite those issues, and the long-term absences of Virgil Van Dijk and Joe Gomez, the Reds still managed a third place finish to their credit and with all their defenders now back fit and firing, Jurgen Klopp faces a different dilemma. Which centre-back is the best partner for his Dutch star?

So far this season, Klopp has gone for experience over all else, deciding to play one of the most underrated Premier League players in Joel Matip alongside Van Dijk in the league. He’s been a crucial member of the back line too, making the most passes in the Liverpool team and helping them keep three clean sheets in the league so far this term.

Although he is obviously not in the same hemisphere when it comes to talent as his central defensive partner, the 30-year-old brings obvious experience to this back-line. His rangy stride and 6ft 4in height make him, along with Van Dijk an imposing duo for even the most physical of forwards.

He’s also by far the most experienced of his fellow candidates, started in the 2019 Champions League final and clearly has the complete trust of his manager. Meanwhile, goalkeeper Alisson recently praised the Cameroonian for his playmaking abilities and when featuring in such an attacking side that relies on flying full-backs and incisive passes through the middle, he is an underrated asset on the ball.

The man who was Van Dijk’s preferred partner before his injury was Englishman Joe Gomez. The tendon injury he suffered in England training last year ripped the soul out of Liverpool’s season, as they had already lost Van Dijk. His pace and recovery ability seemed to compliment the more aerially dominant Dutchman perfectly as the Reds won their first Premier League title but he faces a tough battle to reassert himself as the perfect partner.

When the Englishman was paired with Matip for their Champions League opener, with VVD watching on from the bench, he played the Milan forwards onside for both goals. That five minute spell of madness before half-time taught us all something we already knew, Van Dijk is absolutely essential to Liverpool’s success this season. 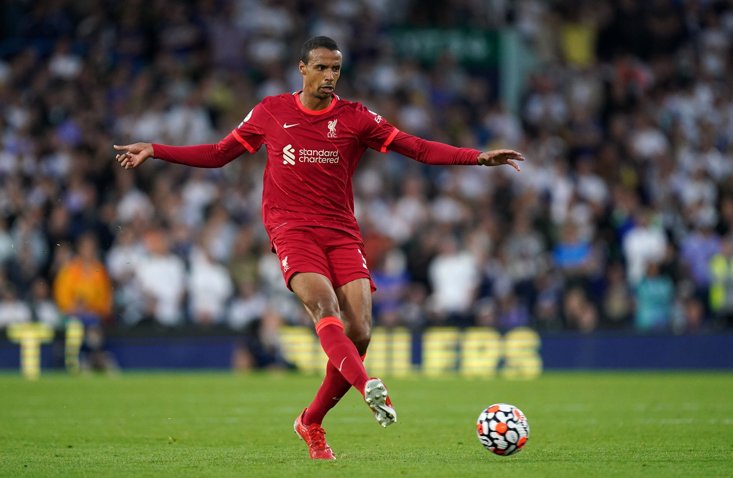 The partnership of Matip and Gomez, who is clearly still lacking match sharpness, did prove fruitful in an attacking sense however. On several occasions one of them brought the ball out of defence and they both were able to combine to pin the Italians in when Liverpool needed to press them most. However, both were clearly auditioning to be Van Dijk’s right-hand man and on this showing, may not be trusted as a partnership in the big games.

Then we come to the future. Ibrahima Konate was brought in this summer for £36m and at 22 years old, signed to a five year contract, he is surely the long-term option. Despite his young age he amassed over 66 caps for Leipzig before making the move to the Premier League, while his physical attributes, pace, power and strength are already in place.

It is now down to Klopp to mould him into a centre-back that is good enough to play in the biggest games and that fits his style of play on a technical level. He will certainly get his chances this term, and training with the likes of Van Dijk will only help his game, but for a squad that has been criticised for being ageing, they have a top young talent tied down for the long-term future.

This season will be a case of mixing and matching for Klopp. With four competitions to try and win, Van Dijk will obviously be crucial to their success at the back, but Matip seems to be in pole position to retain his place for now - with Gomez and Konate pushing hard for minutes.

Liverpool take on Crystal Palace at Anfield on Saturday and the home side are heavy 2/9 favourites with Betfred for the win, while Patrick Vieira's Eagles are 14/1. The draw is 6/1.