I’m going to say this one more time. Steph Curry wasn’t doing the things that Trae Young is doing in Year 2!!!

And it’s hard not to get carried away over the polarising talent, who will be on court with the Atlanta Hawks against the Toronto Raptors on Monday as part of the Martin Luther King Day schedule. Young can shoot from anywhere on the court, he can pick out a difficult pass, he has a box full of tricks, and he is already showing the basketball world that he’s about to become a bonafide superstar, even on a struggling team.

Last season saw the highly anticipated arrival of 19-year-old Luka Doncic, fresh from setting Europe alight with Real Madrid. It seemed hard to imagine that the Slovenian phenom would meet a challenger for Rookie of the Year, but a 20-year-old point-guard emerged in the form of Trae Young.

Despite Doncic seeming light years ahead of other rookies, the Hawks man entered the debate late with his explosive end to the season, rallied by fellow players including 2017’s winner Donovan Mitchell tweeting his support for Trae to take the award. Yet, it ultimately proved to be too late as, unsurprisingly, the Mavs star crushed the competition. But this season, the six-foot-one guard from Texas is making his own headlines.

The second-year pro who played his college ball in Oklahoma is playing lead cast in a franchise in desperate need of a star. Mentored by 42-year-old team-mate and future hall of famer Vince Carter, the veteran told The Athletic about Young’s desire ‘to develop and be a superstar’, but on a team that is currently dubbed as the league’s worst, it’s naturally harder to garner genuine attention and respect. 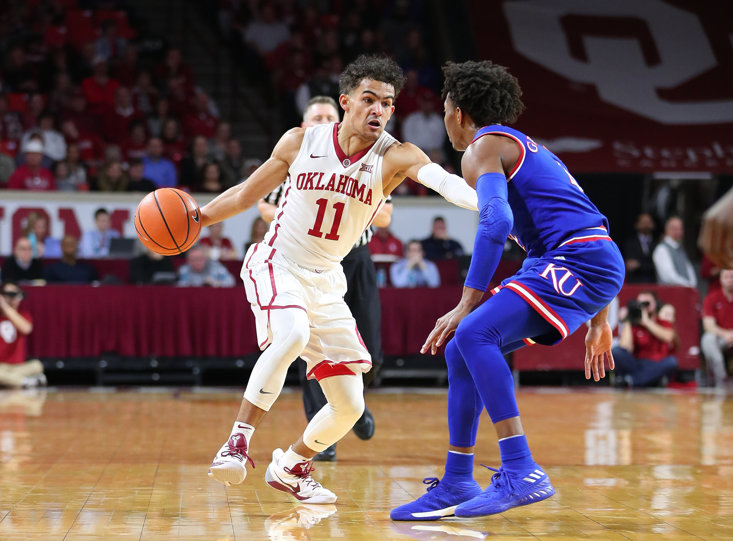 Hoops fans in Atlanta might not see playoff basketball for some time, but luckily Trae is putting on his own show, and the league is taking notice too.

Averaging a ridiculous 29.1 points (3rd in the league), 8.5 assists (4th), and 3.4 made threes per game, a stat line even James Harden would be proud of, Young is showing genuine MVP potential for the future. And it was showcased earlier this month when Young and Harden made NBA history together when they became the first pair of players to each record a 40-point triple-double in the same game.

If Young’s not hitting dagger threes from almost half-court, he’s destroying his opposition with ludicrous skill. He's even doing his bit for the community too, partnering with RIP Medical Debt to relieve Atlantans who are past due on their healthcare bills and aren’t financially able to pay them back. They covered off more than $1million of debt in total.

Before Christmas, he hit a career-high 49 points against the Pacers, but not only is he posting ridiculous numbers, he’s also doing it in incredible fashion. If there was one game that embodied the electric guard’s immense confidence despite his raw age, it arrived in one of the most dominant performances of this season so far when he dropped 42 points and tallied 11 assists against Western Conference powerhouse Denver Nuggets, humiliating one of their stars, Will Barton, in the process.

Trae evaded his defender with a jaw-dropping nutmeg, before knocking down his jumper and staring down his opponents in an ultimate power move. Since then, the nutmeg - a reasonably outlandish skill to pull off in basketball - is becoming his signature move.

Though we’re incredibly unlikely to witness Trae on the centre stage in this season’s playoffs, the 2020 All-Star game does provide a chance for fans to see the Hawks prodigy in action alongside the league’s best stars, with Young currently and deservedly first in voting for Eastern Conference guards.

If he does land his first All-Star appearance, don’t be surprised if he steals the show over LeBron, Kawhi, Doncic and Co. Trae Young is the man of the moment.