Mia St. John had a purpose in life. It was, in her own words, “to kick somebody’s ass”. And she did it well. Very, very well. WIth more than 60 professional bouts over two decades, the five-time world champion was the actual face of women’s boxing in America at the height of her career.

First signed by the legendary Don King, and then by his great rival Bob Arum, she met some of the sport’s finest female boxers, sharing the ring with Christy Martin, Holly Holm and Cecilia Breakhus. Her style was simple but effective. The clue was in the nickname handed down after her first professional fight, ‘The Knockout’. On the days when her hips don’t hurt so much, following three replacements, Mia still misses it. The adrenaline, the adulation, the addiction. Because that’s how she sees it, Mia was addicted to boxing. “It’s like that song, Hotel California. You just can’t get out,” she laughs, while talking to The Sportsman from her home in L.A.

There were legendary nights in Las Vegas, when Mia played warm-up for some of the biggest names in the fight game, including Julio Cesar Chavez and Oscar De La Hoya.

“Oscar’s fights and the big fights with Chavez at Caesars Palace, those were some of my favourite moments in boxing,” she recalls. “I met Sugar Ray Leonard and Tommy Hearns when Oscar fought Felix Trinidad. I became good friends with Tommy.” Fine company to be keeping, if we do say so ourselves. 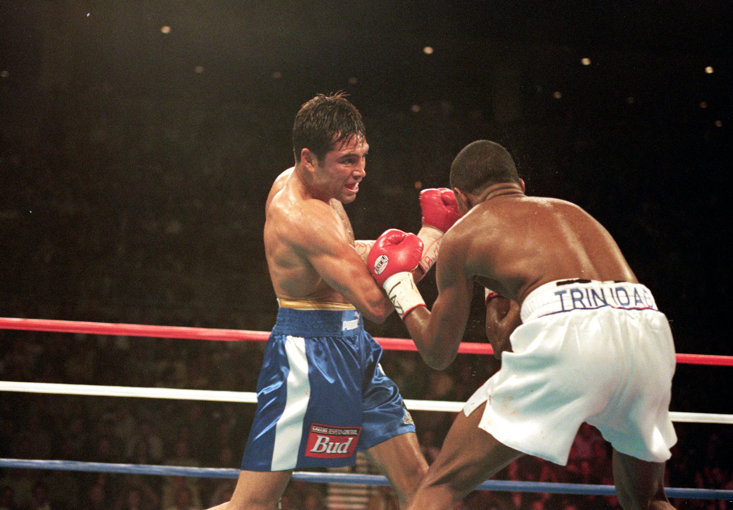 But that was then, this is now. Her life now has a higher purpose, born out of unimaginable grief and despair. Enough to knock most others out. Not Mia St John. She is using her kick ass powers to drive change in how we treat and view people with mental health issues. Her only son, Julian, took his own life at the age of just 24, in November 2014. His short life had been a constant battle with mental illness. He had been diagnosed with schizophrenia at the age of 18 and was in a health facility when he died.

“At first I had absolutely no idea how I was going to live. So many times I thought about taking my own life too,” Mia tells us, “but over time I was able to draw on the strength, both mentally and physically, that I had as a fighter. I literally picked myself off the floor and found my new purpose in life.

“I told myself that I was born for something more than just kicking somebody’s ass. I realised that I was put here to help those who can’t help themselves. Just like my son, Julian.

“I became determined that his death would not be in vain and decided to dedicate my life to changing the stigma society continues to have around mental health, and the care those with these issues receive.” 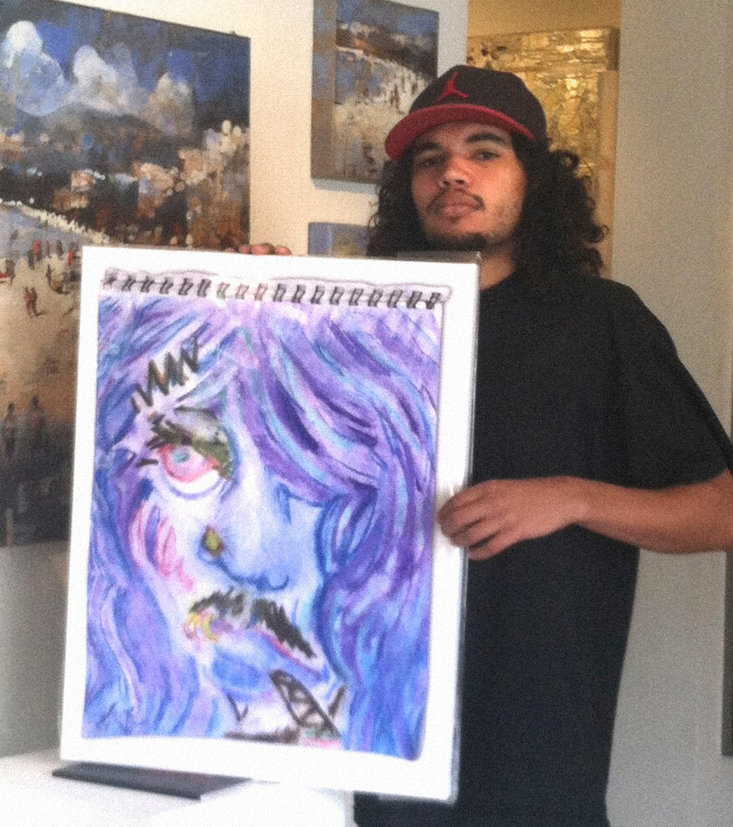 Extraordinarily open and articulate, Mia, talking during Suicide Prevention Month, recalls her son as a child, “He was the most beautiful thing I ever knew. So funny, he could play any instrument and his art was so beautiful. He had a lot of talent and was a kind child.

“But he remembers feeling depressed from as early as five years old. Of course we had no idea at the time, he was too embarrassed to tell us how he was feeling and we, as a family, were not educated enough to know the signs. He turned to drugs at the age of 13 in a bid to shut out the voices in his head.

“If I knew then what I know now, I would’ve told him to fight those voices in his head, instead of telling him they weren’t really there. That’s the better way to deal with it, but I didn’t know that, nobody did.

“The pain of losing Julian is an unimaginable pain. And it never goes away. I know there will never be a day when I will be relieved of this pain but I have learnt the coping skills that help get me through the day and the night.”

Thanks to her determination and dedication to her new purpose Mia St. John is now one of the leading advocates for the homeless and mentally ill in her hometown of Los Angeles. CNN named her an official ‘Mental Health Warrior’ following the launch of a foundation, built to empower individuals suffering from mental illness, homelessness, addiction and poverty. 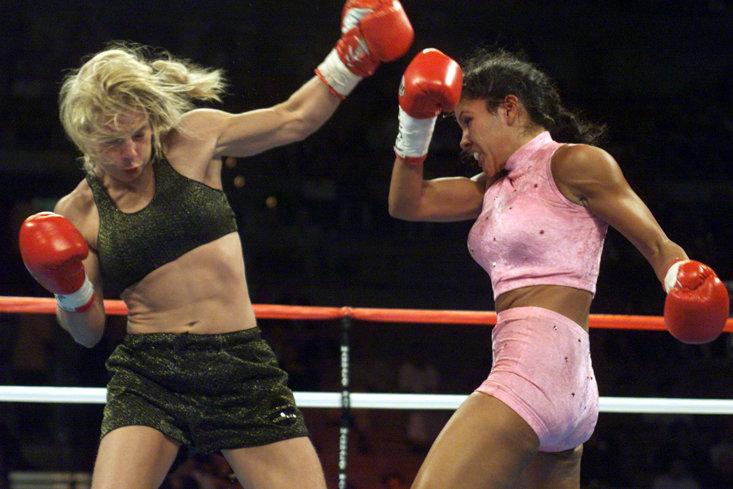 But all her great work was blown off course last year, when grief tried to knock her out once more. And this time it almost succeeded. Her ex-husband, the Emmy award winning soap actor Kristoff St. John died suddenly. He had been suffering with depression and drinking heavily before his death.

“He was struggling with the guilt of losing Julian and had been diagnosed as being bipolar,” says St. John, “it was devastating. Although we were no longer together, we remained friends. I lost 30 years of sobriety myself, after his passing.”

But her higher purpose brought her back from the brink. In many ways she has become even more determined, fighting not just for her beloved son Julian, but also for her ex husband.

“I want to make my son proud,” she insists, “we are still facing an uphill struggle, there’s still so much stigma around mental health, and that has to change. Education is the only answer. I want to see children as young as five taught about mental health issues. We need a national programme in all schools.

“Children need to know what is happening to them. They need to be aware of what mania is, what suffering from depression really means. This is the only way forward. Knowledge is power.”

Looking to the future with a sense of positivity and purpose. Because Mia St. John knows that without purpose there is only pain.