We all know how enormous the NFL is. It has superstar players like Tom Brady, Patrick Mahomes, Drew Brees and Aaron Rodgers. There are the massive $5bn US TV deals and Super Bowl Sunday, which generates $17.2bn in spending nationwide. Chuck in for good measure the worldwide appeal, with multiple games a season now played in the UK and a potential London franchise down the road. This is big, big business.

But in the United States there is something even more popular than the NFL, and that is college football - or ‘university football’ for us Brits. Millions of people turn out every weekend during the autumn and winter to watch their local college team in action, demonstrating its monumental appeal among Americans. You know that boat race we have once a year? Well US universities make a much bigger deal of their sports.

So, on the anniversary of the first college football game between New Jersey (later Princeton) and Rutgers back in 1869, you may be wondering exactly what it is that gets fans turning out in their droves for these events? Here are just a few reasons why it’s so huge…

It’s a Saturday lunchtime in late-November 2019, and the pre-Covid world allows people to flood the streets of Ann Arbor in Michigan. And flood it they do. Over 112,000 are heading for the ‘Big House’ Michigan Stadium to see their local Wolverines take on the No.1 ranked Ohio State. But this is not some one-off occasion. The Wolverines’ average home attendance in 2019 was 111,459.

Michigan are not the only ones who draw massive gates every single week either. The 14 biggest football stadiums in the USA currently in regular operation are college grounds, with nine boasting capacities in excess of 100,000, while the average attendance in 888 NCAA Division 1 FBS games in 2019 was 41,477. To put that into context, the Premier League’s average in 2019/20 prior to the Covid lockdown was 39,348. More people attend college games in the US than go to watch the Premier League over here.

Entire communities buy into the whole game-day experience, and with huge local camaraderie and a great atmosphere comes even greater appeal. Who doesn’t want to be a part of something big? 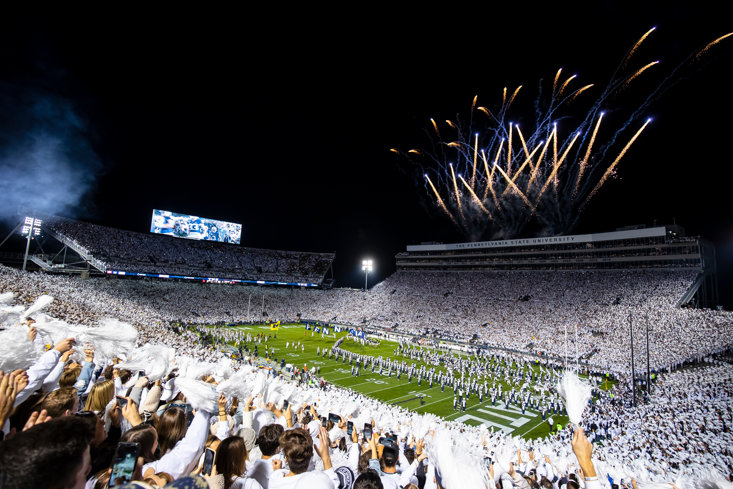 Most people have a natural affinity with a team

NFL clubs are franchises, invariably bankrolled by mega-rich investors. They represent the huge product, but are also naturally exclusive entities. College teams, by comparison, are the grassroots organisations. They represent the everyday people. Think of them as the Average Joe’s to the NFL’s Globo Gym.

In 2018, a US Census Bureau release showed that more than 61 per cent of people aged 25 and over had some level of college education, instigating a clear affiliation between a large majority of the US population and an educational establishment.

So whereas NFL clubs are largely the preserve of big cities – only the Green Bay Packers of the 32 big-league teams play in a municipality of less than a million people – college teams carry more meaning for more people. With well over 100 college programs widely available, and found practically everywhere as a result, there’s almost always an accessible local team even if you don’t have that affiliation through education.

Just jump in the car, head for the local stadium, park up, get the gazebo up and get involved in the tailgate parties. Beats sitting in front of the telly watching a random game going on miles away between two teams you couldn’t give two hoots about.

Players aren’t in it for the money

NFL players are paid well. Very well. The average NFL pro earns $860,000 a year, while Patrick Mahomes’ $45m annual salary with the Kansas City Chiefs shows what riches can be attained. College players, on the other hand, have to fend for themselves while trying to also meet academic targets. They get massive help, of course. Colleges themselves make huge amounts from the national TV audiences, with incomes in excess of $100m said to be a regular perk for top NCAA Division 1 teams, and that money helps to bring in the best high school graduates on scholarships, and so the cycle continues.

In college, players are still playing for the fun with that innocent love of the game still held dear. The ultimate goal is still far enough out of reach that they are generally kept honest in both their performances and their burgeoning professionalism. Football remains an intense passion rather than a high-stakes job. 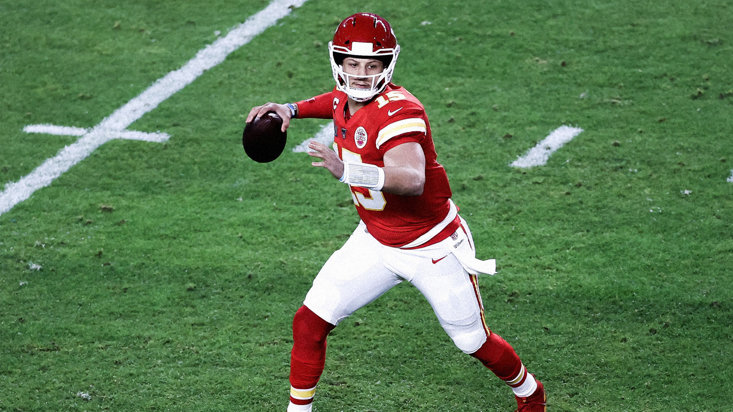 MAHOMES WAS A STAR AT TEXAS TECH BEFORE REACHING THE NFL

There’s a natural changing of the guard

The fact that college is a short-term proposition means that players never last long before moving on. Even the longer-term college players don’t stick around beyond around five years, meaning the natural evolution can make periods of sustained success or failure more fleeting.

In the NFL, the New England Patriots are the 11-time reigning AFC East Champions, and have won 17 of the last 19 division titles in total, but that kind of generational stranglehold is naturally less likely in a college system which will see a regular refresh of talent coming through the system. Got a Tom Brady or an Aaron Rodgers? Tough, you can’t hold onto him after his college stay is over.

THE COLOUR ON DISPLAY IN COLLEGE FOOTBALL IS BEGUILING

College football is, by nature, not the end product. It is the breeding ground for the NFL. But that allows for greater flexibility in tactics, and coaches generally call for attractive trick plays far more often than their NFL counterparts, making for infinitely more exciting games.

And if the games aren’t enough of an attraction, what about the colours? With fervent backing comes a wall of bold colours from the stands, and the kind of all-out fanaticism you might liken to European soccer supporters.

It all makes college football, and college footballers, the plucky younger brother. The NFL is Prince William, groomed to be King. College football? Yup, Prince Harry… it has its perceived imperfections, and will never be seen as the bigger deal, but will always benefit from having that twinkle in its eye.