Committed, proud, loud and brave. The Royal Blue. They’re coming for you. And what a shade of blue it will be when the skipper leads Schalke 04 out for the 2020/21 Bundesliga campaign adorned with the beautiful new Umbro kit that launches today. A 116-year old footballing institution, thriving in the third year of a beautiful friendship with the cultural colossus of clothing Umbro. It couldn’t be better married.

Umbro, the apotheosis of British sportswear. And brilliantly, coincidentally founded in the Cheshire heartland in exactly the same year that Schalke 04 became the club as now known the world over; 1924.

Ignore your friends, ignore the media, forget your Bayerns and your Borussias. Haven’t you heard? Schalke is chic. The working man’s club who coaxed the miners out of the mines became Die Knappen, entertaining the diligent, productive proletariat of a core base that made up both supporters and staff. 100 years on, the club has been almost unrivalled as a conveyor belt of internationally renowned footballing megastars that currently punctuate the major leagues of Europe, the secret home base of hotshots you might not have been aware of. Take Leroy Sané, Mesut Özil, Julian Draxler and arguably the greatest goalkeeper of all time, Manuel Neuer. Just right there, those four players. All graduates of Die Knappenschmiede academy. 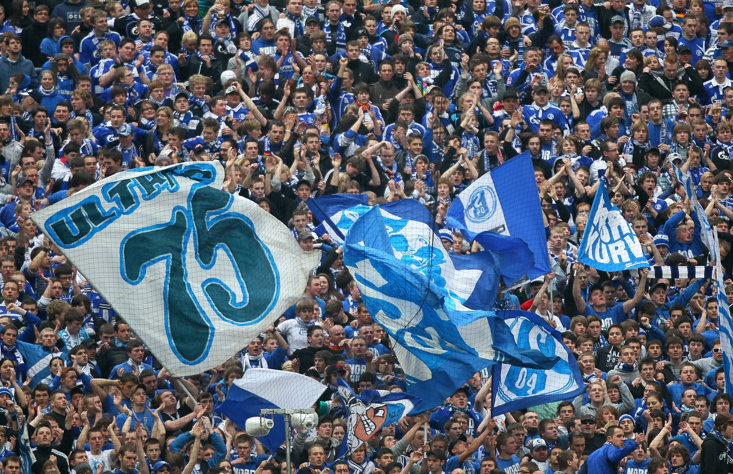 Schalke are the team you didn’t know you were supposed to like; the pioneers before the pioneers of a type of football whose essence has been continued and knitted through the annals of football history by the likes of Rinus Michels, Johann Cruyff, and Pep Guardiola. One of the best supported teams in the best supported league, bar none, and FYI, they’re also the reason the Bundesliga has 18 teams in it today.

The insignia of Schalke is one the most recognisable for a German club outside of a Deutschland, encapsulating the essence of its existence into a simple, subtle, but striking design - ever noticed that giant ‘G’ that insulates S04? That’s representative of Gelsenkirchen, the western city in which Schalke is situated, and whose population literally put blood, sweat and tears into its foundation, an area that thrived during the Industrial Revolution as did Umbro’s spiritual home of Manchester.

Need further reason to wear that cool, brilliant blue? Go way past the ‘97 UEFA success in Milan, dig out the history books and track back to the glory days of the peerless pair of Ernst Kuzorra and Fritz Szepan, two men who devoted their entire playing careers to Die Königsblauen. Then look further, decades later, the club’s still all-time top goalscorer who dragged them literally kicking and screaming through the seventies, Klaus Fischer, the man basically patenting the most aesthetically-pleasing strike of all; the bicycle kick. 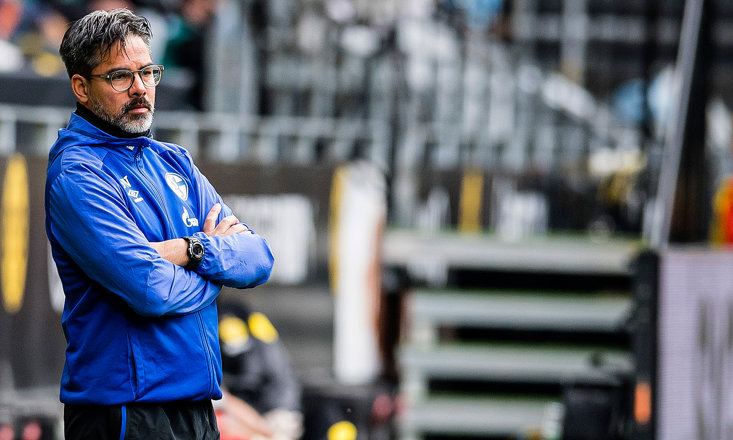 It was still a club that had the prestige to attract Real Madrid legend Raúl to squeeze the last juice out of the majestic Madrileño and rewarded the forward with his only ever domestic cup, and also persuaded Klaus-Jan Huntelaar to move east from the Spanish capital and become the division’s kicker Torjägerkanone, with only Fischer above him in the prolificacy stakes for the club.

From that dominance in the thirties - less than a decade after adopting the Blue and becoming known for the Schalke ‘Spinning Top’ style of soccer (Schalker Kreisel) - today it’s David Wagner in the chair, the German/American BFF of Premier League, Champions League-winning manager Jürgen Klopp, for whom he acted as best man at the Liverpool gaffer’s wedding in ‘05. In fact, Wagner likes the Umbro - his association stretches back even further to when he guided Huddersfield Town to the English top tier for the first time in 45 years kitted in Umbro regalia, another iconic blue and white for a historic European establishment. 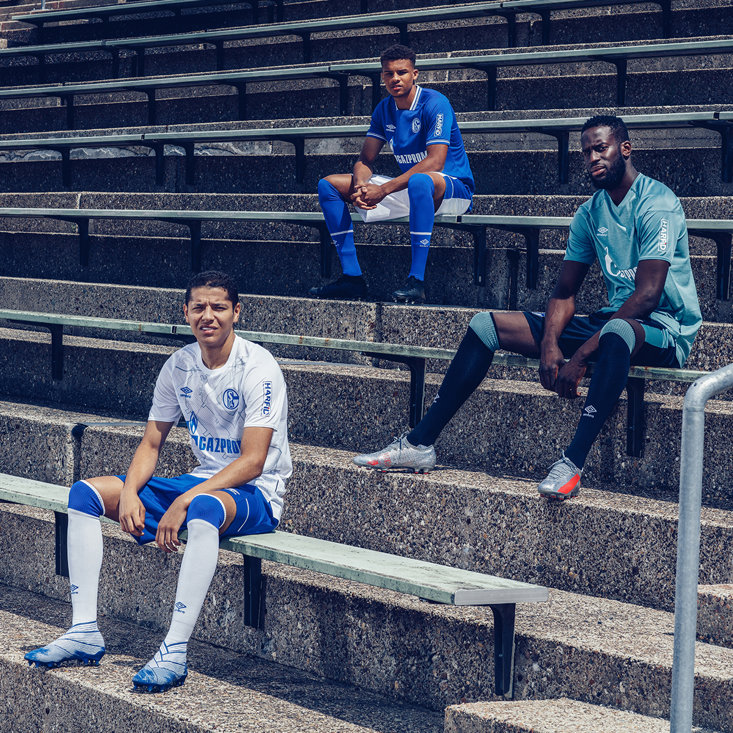 Cup connoisseurs who had two consecutive DFB-Pokal triumphs post-millennium, it was memorably within that historic competition in which they were one half of a game for the ages in a clash with Bayern, the 6-6 thriller of ‘84. It’s therefore a fitting fellowship with Umbro, the ones who were there from their debut in the 1934 FA Cup final, to Man Utd in Barca in ‘99, drying Gazza’s tears, and Bobby Moore lifting the World Cup.

Schalke are still waiting for that elusive Bundesliga crown. The dynasty of course requires its subjects and having the Umbro connection is the perfect way to acquire them. It is both a privilege to either bedeck or be beautified with the strikingly eye-catching clean-cut colour, to be one of the Miners who became Majesty. Born on May 4, 1904. Twenty years later becoming the Royal Blue. Later ascending to true German football nobility. So who will be the next player to be ornamented in Umbro, to have the distinction of attempting to emulate Messrs Kuzorra, Sczepan and Huntelaar? Whoever it is, they’re going to look good doing it.