It was started in 2004 by a man in need of some direction in life. In 2020 it is a fitness phenomenon which has seen 4.5 million people turn up at their local park on a weekend morning. Run, walk, volunteer, whatever… parkrun has taken the nation by storm.

The community-based initiative allows anybody to take part in a free 5k run in one of 696 locations. It can be as casual or competitive as you want it to be too, with all entrants being timed and recognised for beating their personal bests.

Everybody’s welcome. British Olympians Mo Farah and Jo Pavey have been known to turn up for a run, while the likes of McFly’s Harry Judd and Kaiser Chiefs keyboard player Peanut are also keen participants.

The idea is simple enough. Register online, find your parkrun of choice anywhere in the UK, turn up unannounced, and run. Or walk. Or volunteer. Just take part.

Parkrun was the brainchild of Paul Sinton-Hewitt, who had suffered a marriage breakdown, unemployment and then a nasty leg injury that meant him having to take some time out of running, which until then had been his main means of distraction to everything else happening in his life.

“He had suddenly become lonely, he was in his mid-40s, without the support network of his friends,” parkrun’s Global Chief Operating Officer, Tom Williams, explains to The Sportsman. “He had previously been a runner in South Africa where running clubs held time trials, which were weekly timed runs over a set distance.

“So he thought it would be a good idea to start one of these time trials in Bushy Park - his local park - as a way of bringing his friends to him, effectively. He would stand there with a stopwatch and a clipboard, and they would run a 5k course around Bushy Park. He’d do all that every single week for them for nothing, and in return they’d all go for coffee with him afterwards so he got to spend time with his friends.

“That first Saturday on October 2nd 2004, there were 13 runners and five volunteers, and Paul and his now-wife Jo were both volunteers that day.”

It’s fair to say that the idea caught on. 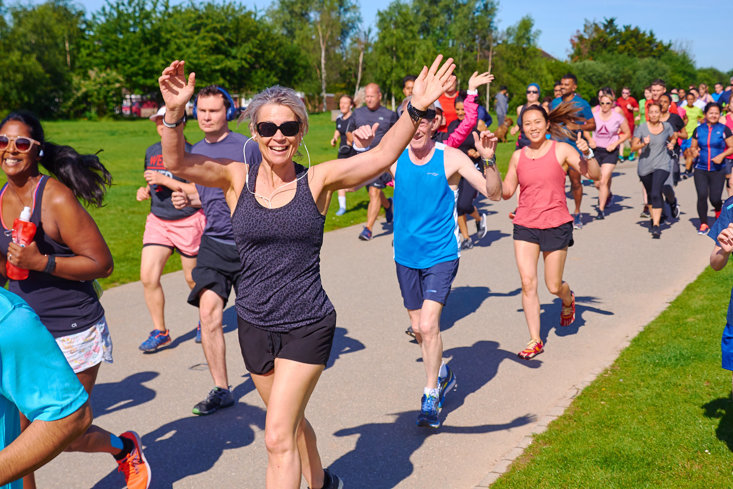 “Bushy Park Time-Trial, as it was called, was getting a bit too busy so they set up other ones nearby in 2007 to ease some of the pressure,” adds Williams. “I was a lecturer in sports science in Leeds and I’d seen what Paul was doing advertised in a magazine. We rang Paul up and said we’d like to copy what he was doing and to our surprise he said: ‘Why don’t you join our family and become event number four?’

“By that time - October 2007 - Paul had already realised that the best way to do it was to keep us all in the same family, so the same results system, the same website, the same registration process and so on.”

These days parkrunners are simply asked to bring a barcode - given at registration - in order to administer times correctly. Not that you’re expected to pay that much attention if you’d rather just have a stroll around the park.

“We made it compulsory to have a tail walker as people didn’t want to be left behind if they were struggling or wanting to walk, so now we can publicly say you won’t come last because we have tail walkers who will come in last and look after everybody.“When parkrun started it was a time-trial for runners to test themselves. Now we celebrate the fact that in every one of our 15 years the average finish time of our participants has got slower. The average in 2019 was around 32 minutes. We have changed our culture as an organisation around promoting walking and so on.” 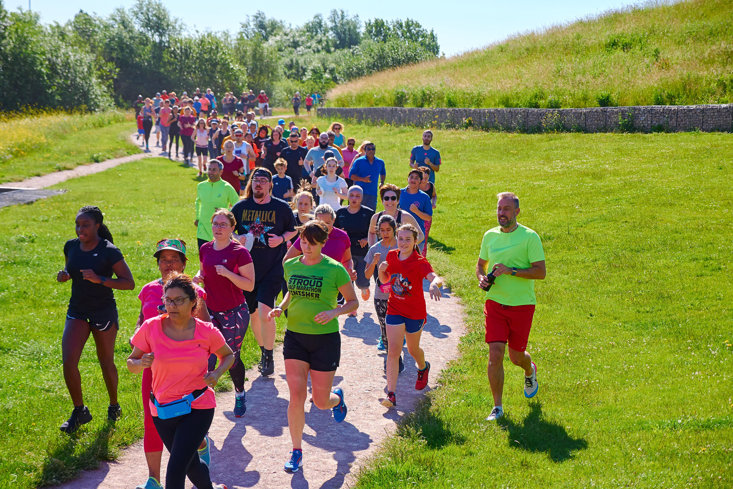 There are now more than 6.5 million people registered for parkrun, with around 4.5 million having participated - whether walking, running or volunteering. There were more than 14.6 million runs completed in 2019, and a record 401,000 people who took part last weekend. It has even been taken up all over the globe, with plenty of notable names having bought into it.

“It’s not something we focus on but there have obviously been some fast runners,” adds Williams. “Mo Farah’s done a parkrun, Jo Pavey parkruns quite a bit down in Devon and Andrew Baddeley’s got the men’s world record for parkrun, which he did in 2012 just after going out of the Olympics.

“This weekend just gone, Peanut, the keyboard player out of Kaiser Chiefs, was celebrating his 100th parkrun and it was so nice seeing a genuine rock and roll star being chuffed with himself for joining the 100 club.

“Nell McAndrew’s a really keen parkrunner, Ben Shephard, Harry Judd from McFly parkruns quite a bit, Helen Glover the rower, Ed Miliband… It’s interesting because people tend to largely keep themselves to themselves but often you don’t even know they’re there until we see something on Twitter.

“We all love parkrun and we all thought it would be a great thing but I don’t think any of us ever envisaged that people would have so much passion for it. The numbers - on a weekly basis - are incredible, We never really thought we would see that level of engagement, but it’s the community, it’s the friendship, it’s meeting people.

“One of the great things about Paul is that very early on he was saying ‘Wouldn’t it be great if wherever you went on a Saturday, you could do a parkrun. So you’d never have to think about where you went, you could just go to a wedding or to see friends or on holiday or whatever, and you just knew there would be a parkrun somewhere nearby and you could keep that habit going.’ He had that vision when he had three events in west London, and that’s almost true for the whole of the UK now.”

So whether you’re a budding Olympian or a wannabe stroller, in need of getting into shape or simply wanting something to do on a Saturday morning, there’s a parkrun near you.