Southampton have known rougher spells. They were a League One club as recently as 2011, spent a total of seven years outside the top-flight from 2005 and recorded only one top-half finish in the highest division between 1990 and 2013.

They’ve also known better periods. Finishes of eighth, seventh, sixth and eighth between 2014 and 2017 marked them out as European contenders every year, and under Claude Puel they pushed Manchester United all the way in the League Cup final.

But since those times it has felt like a bit of a slog for Saints. Managerial spells for Mauricio Pellegrino and Mark Hughes did anything but go to plan, and even the renewed optimism since Ralph Hasenhuttl took charge has been tempered by the trauma of 9-0 defeats in consecutive seasons.

Their one-time high-energy pressing has become something of a distant memory over the past 12 months, and the Austrian manager is now facing the task of rebuilding his senior squad without Danny Ings, Jannik Vestergaard and quite possibly James Ward-Prowse, who has been linked with Aston Villa and Tottenham among others.

Losing their skipper, the source of so many goals and key assists down the years, might prove just as costly as the departure of Ings, whose 13 goals last term were worth 12 points to the club in their battle to stay in the top flight. Hasenhuttl knew when taking the job at St Mary’s that he wasn’t joining a team ready to challenge, but the loss of some of his star players will come as a massive blow to his plans of returning Saints to that level of European contention each year.

The result is that few are tipping Southampton to do anything other than struggle in 2021-22. Besides this week’s signing of Adam Armstrong from Blackburn Rovers and the loan addition of unproven Chelsea forward Armando Broja, Theo Walcott’s permanent transfer from Everton is about the highlight of their summer transfer dealings, making for a pessimistic complexion on their business in the close season. 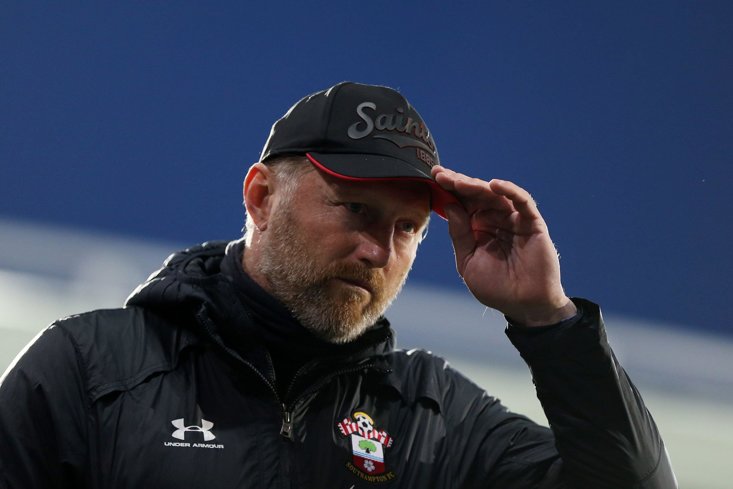 HASENHUTTL HAS A SERIOUS JOB ON HIS HANDS

If Hasenhuttl was able to steer Saints clear of the relegation fight for the majority of the season, he would surely be the prime candidate to be awarded the LMA Manager of the Year gong. Because while there is promise in this Southampton squad, they will need their even their best players to play above themselves for large parts of the campaign in order to keep the drop zone at arm’s length.

There is a significant lack of depth available to Hasenhuttl, and once the inevitable injuries are thrown into the mix there will be a worry among Saints fans as to what their team can realistically produce. After an initial bright spell in 2020-21, with them actually topping the table at one point, their flaws were quickly exposed, and the same could speedily happen in the coming 38 weeks.

“It is up to us - the staff, trainer, coaches - to change the things that did not go well and analyse the last season very well and come up with the right answers for the issues we had, especially in the second half of the season,” Hasenhuttl told Sky Sports this week.

"And to strengthen the team with a few signings and a different way of playing football and come back stronger, because the Premier League will again be a little bit stronger than last season.

"Every year it is getting a little bit harder to compete with the teams and yes we are looking at a very interesting season."

But those new signings can’t come soon enough if Southampton fans are going to have anything more than another relegation scrap to look forward to.