He was the driver known as The Intimidator. A three-time married high-school drop-out who became the first driver in the history of his sport to top $30 million in career earnings.

Dale Earnhardt and his the black #3 Chevrolet stock car were the scourge of rivals on the NASCAR track.

Permanently adorned with his signature moustache and armed with the ethos that “Second place is just the first place loser,” he would shunt and shove his way to victory.

Earnhardt’s aggressive style and ‘wreck to win’ philosophy found his detractors and fans in equal measure. 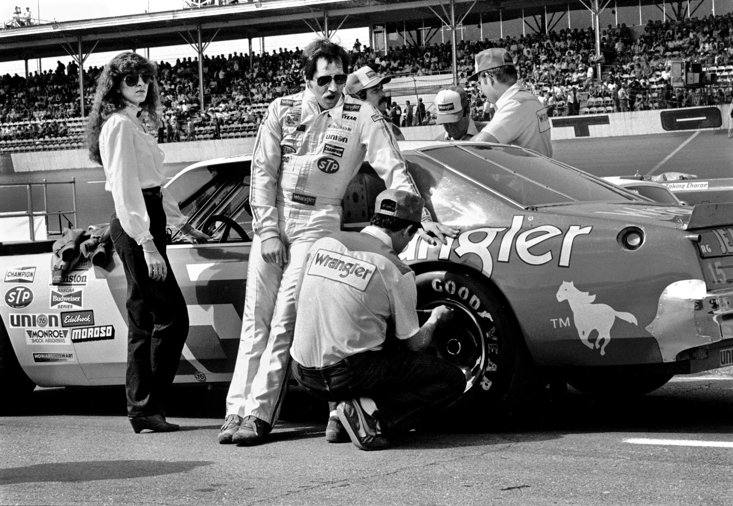 The fence was his friend, and other rivals knew that if they were in his way there would be little hesitation in him using his guile and engine to remove them from race. Spin outs with a sinister smile were regular scenes.

His first win in that breakout ‘79 season rewarded him with the Rookie of the Year award, having produced seven top-10 finishes and a seventh-place showing in the points standings He followed that up immediately with his first Winston Cup, one of the most prestigious trophies in motorship, in 1980. 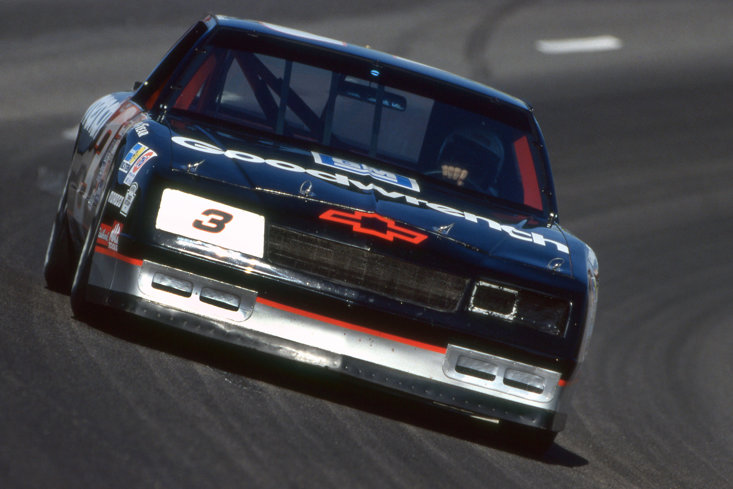 Several barren years followed before a lucrative partnership with former driver and fellow North Carolina native Richard Childress. Across the next 17 years they would win a further six titles and finished out of the top five on just four occasions.

The cherry on top had eluded the seven-time Cup champion though: winning the Daytona 500 in Florida.

Including that year’s qualifying race, Earnhardt had won a record 30 races at the 2.5-mile track, but never the headline race itself. It was a millstone that weighed and weighed every time he arrived for the season-opener in Volusia County for the Daytona 500. The closest he had come to victory at the most prestigious race on the calendar was in 1990. With a monster 40-second lead, a quarter of a lap away from victory, Earndhart’s tyre blew out when debris from another car he was attempting to lap hit his own vehicle. The concession of a DNF (Did Not Finish) after 499.5 miles was agonizing.

He finally accomplished the feat on his 20th attempt. On February 15, 1998, in what NASCAR deemed ‘the most iconic race of his career’, Earnhardt finally won the Daytona 500. Earnhardt was 46 years old and had been on a 59-race winless streak. 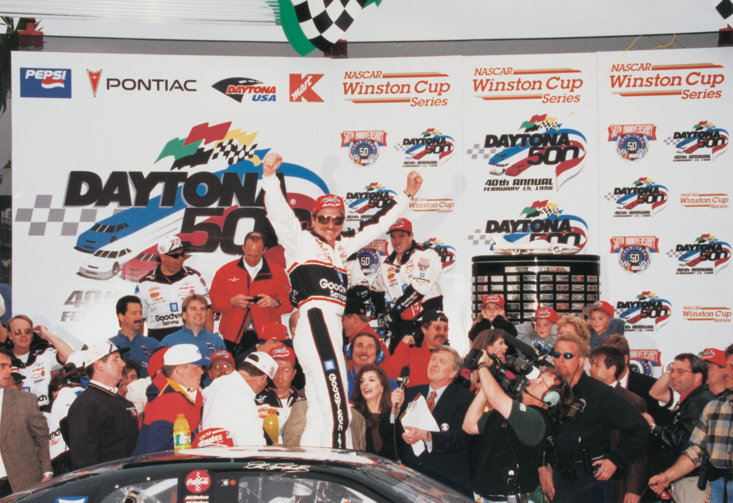 On the final lap at the 2001 Daytona 500, half a mile from the finish, Earnhardt was in fourth place. The one-two of the race was won by Michael Waltrip and his son Dale Earnhardt Jr, both racing for his father’s company Dale Earnhardt, Inc. (DEI).

On turn four Earnhardt was involved in a collision, grazing competitor Sterling Marlin's car, crashed into the wall at 180 mph, and hit hard by Ken Schrader. The impact forced his head to whip violently forward. He died instantly of head injuries.

Dale Earnhardt was two months shy of his 50th birthday. 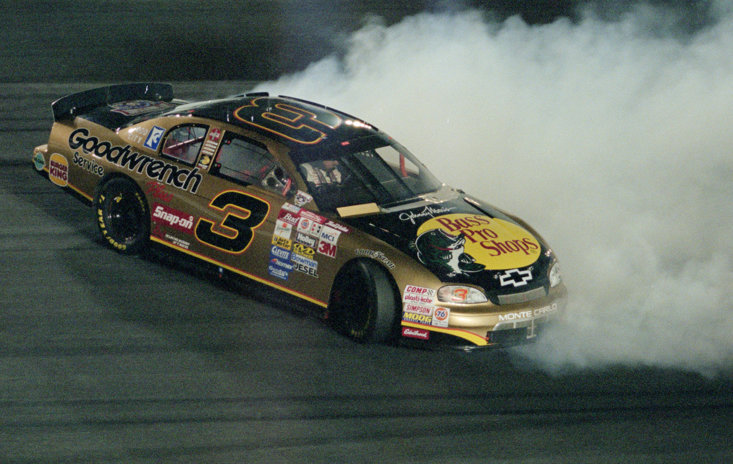 Across his twenty-plus year career, Earnhardt collected 76 chequered flags - the sixth most of all-time, and seven Winston Cup titles, tying him with all-time greats Richard Petty and Jimmie Johnson. Almost two decades after his death, he still holds the record for most wins at the Talladega Superspeedway and Atlanta Motor Speedway. He was also the first NASCAR driver in history to be featured on the cover of TIME magazine.

20 years after his tragic death, in his home state of North Carolina, April 29, his birthday, is still celebrated as Dale Earnhardt Day.