Rugby
Features
With two weeks to go we examine the new players who could cause a stir in this year's championship
Robert Rees
12:00, 18 Jan 2020

England are looking to build again after a World Cup final loss to South Africa. Wales have a title to defend. Ireland could do with bouncing back to their 2018 Grand Slam form, while France and Scotland need to become competitive again. Italy? They just a need a win from somewhere, anywhere.

There are plenty of points to prove during the 2020 Six Nations, which gets underway in a fortnight's time, and a whole bunch of new faces who could be key to their respective countries achieving their goals during February and March.

Here, The Sportsman takes a look at some of those you should keep an eye on.

Eighteen-year old Louis Rees-Zammit will be making his Six Nations debut following the first squad announcement under head coach Wayne Pivac. The Gloucester winger has bagged seven tries this season and was the Gallagher Premiership December Player of the Month.

He’s represented Wales at U18s but will skip the U20s following the announcement earlier this week. It follows the news that he has signed a new deal at Gloucester, believed to be for three years, ensuring he will remain at Kingsholm for the beginning of his Welsh career.

Despite being so young he has a smart head on his shoulders. His vision for the game is superb, reading the space in-front of him and applying his knowledge for each scenario as it unfolds.

The former Llandaff RFC product has risen through the Gloucester ranks whilst at Hartpury and isn’t afraid to get involved, pushing infield if needs be to keep the play alive.

Keep an eye on his energy and sheer pace when Wales take on Italy in round one, a game he’ll likely feature in. 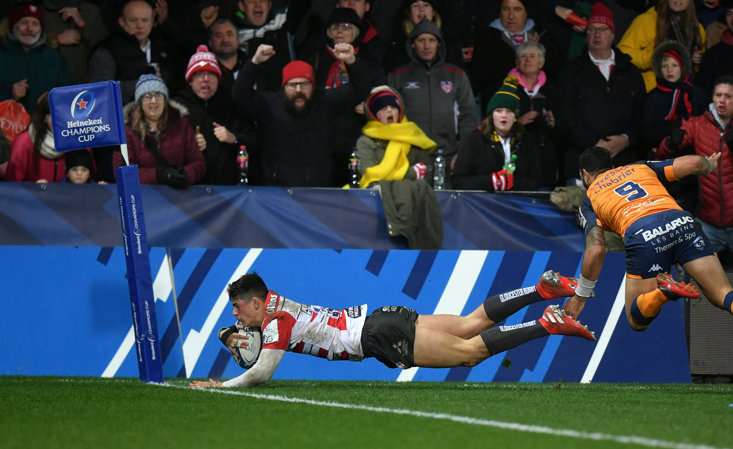 Ireland have named five uncapped players in their squad, but one stands out as a clear man to pursue. Leinster hooker Ronan Kelleher may only be 22 at the end of the month, but he’s already made a name for himself in the Guinness Pro14 and Champions Cup.

The athletic nature of his game plan makes him stand head and shoulders above others when in reality he’s one of the shortest players in the team. His mobility when playing will maintain fluidity in any attack, which is something that, at times, Ireland lacked in the World Cup.

With seven tries in eight appearances this season he’s very aware of where to dab that ball down. And don’t worry about him feeling pressure to close games out, he’s yet to lose this season with his province.

He heads the Leinster set piece and is the key cog at the centre of the lineout machine. He’s just the type of forward Andy Farrell will need to lift Irish title hopes.

Another Gloucester player appears in our list, such is the nature of their player development success in recent seasons. Alex Craig, a former Scotland U20s international has made the step up to the senior squad after some impressive outings with the Cherry and Whites.

The 6’6" lock is a great tactician when it comes to the gritty stuff. His willingness to carry and make yards is invaluable to a side who have sometimes lacked that ability to do the simple things well.

He’s athletic despite his size and links up play superbly, especially if it starts at the lineout, where his trunk-like limbs secure any ball in the vicinity, lured toward him under nothing but gravitational pull.

A partnership forged with Jonny Gray or Grant Gilchrist could well prove a deadly one for opponents to deal with. 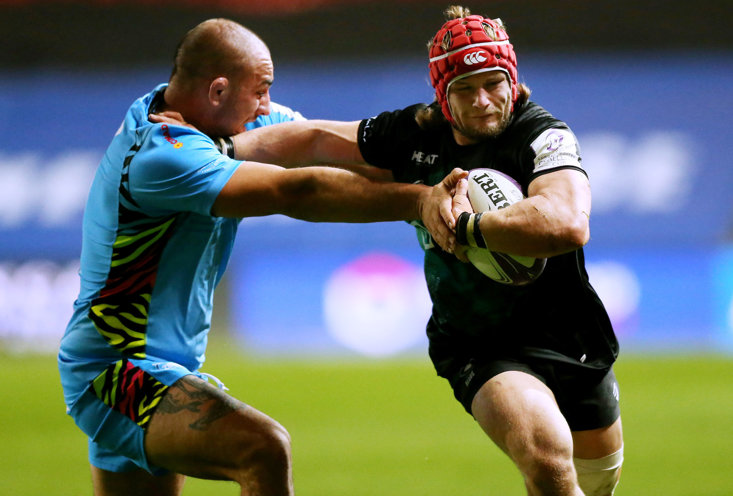 England are yet to name their squad, Eddie Jones is waiting until Monday for that. However, Bristol’s Harry Thacker has done more than enough to deserve a shot at an England cap.

Having represented them at U20s, his skill and precision at both scrum and lineout makes him stand out. Something his stature fails to do, which isn’t a bad thing!

For what he lacks in size, he makes up for in strategic ability and ethic. His work rate all over the park and explosive jackalling will give England the go-forward ball they thrive off.

If he’s not head first in a ruck, he’s out wide making a break in a counter-attack and that’s the beauty of his game. He’s versatile and not afraid to throw the ball around.

Thacker averages a try every three games for the Bears and if this is replicated in the white of England he’ll become very popular, very quickly.