Football
Features
Greenwood could be named in a Man Utd starting line-up for just the second time this weekend
Greg Lea
10:05, 31 Aug 2019

Manchester United may have spent more than any other Premier League club in the summer transfer window, but their squad still looks unbalanced.

The defence was undoubtedly strengthened with the acquisitions of Harry Maguire and Aaron Wan-Bissaka, while winger Dan James has become a first-teamer sooner than many expected. However, United still look a little light in midfield – Ander Herrera and Marouane Fellaini have both departed this year – and, in particular, upfront. Alexis Sanchez followed Romelu Lukaku to Inter this week, leaving Anthony Martial and Marcus Rashford as the only two senior forwards in the Red Devils’ ranks.

There is another contender for a starting spot up top, though, and he could even be given an opportunity to impress against Southampton this weekend. Mason Greenwood has appeared in all three of United’s Premier League matches so far this term, playing four minutes in the 4-0 victory over Chelsea on the opening weekend, one minute in the 1-1 draw at Wolves and 34 minutes in the 2-1 defeat by Crystal Palace last time out. With Martial set to miss Saturday’s trip to St Mary’s with a thigh injury, there is a chance that Greenwood could be named in Ole Gunnar Solskjaer’s starting line-up for only the second time (he also began the 2-0 loss to Cardiff City on the final day of 2018/19).

Born in 2001, Greenwood joined United’s academy at the age of six, gradually progressing through the ranks before joining the Under-18 squad for the 2017/18 campaign. He immediately hit the ground running and ended the campaign with 17 goals in 21 appearances, a return which earned him a spot on the first-team’s pre-season tour ahead of last season.

Greenwood made his competitive debut for the senior side in February’s 3-1 victory over PSG, as an injury-ravaged United upset the odds at the Parc des Princes to reach the quarter-finals of the Champions League on away goals. A few days later he made his Premier League bow as Solskjaer’s charges lost 2-0 to Arsenal; by the end of the campaign, Greenwood had featured in four different matches in all competitions. 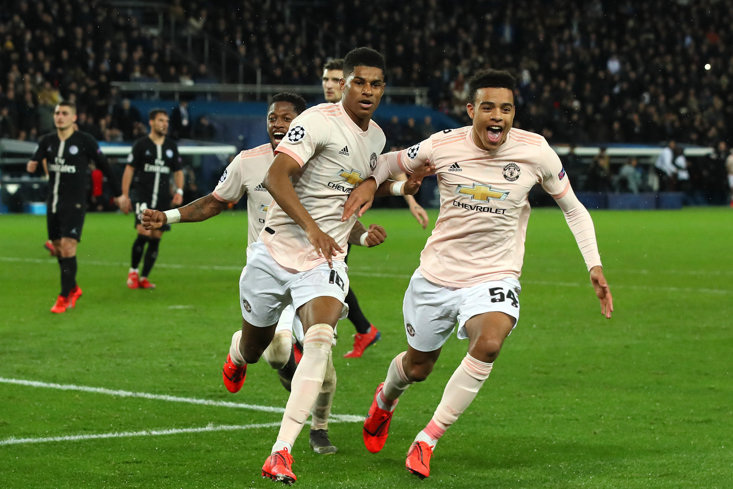 “'Mason's more of a natural finisher than them two,” Solskjaer, himself a superb converter of chances during his playing days, replied when asked to choose between Rashford and Martial. “I am sure he will grab his chance because everything is there.”

It is not the first time the United boss has lavished praise on the Bradford-born starlet.

“He can play all of the front three positions, or across the front four,” Solskjaer said in July. “He can play No.10, No.7, No.11 and No.9. He is a natural footballer with his left foot, coming in, but he’s got two feet and can play anywhere along the front.

United’s failure to sign a replacement for Lukaku or Sanchez is a risk that could backfire this season. At the same time, though, there can be no denying Greenwood’s potential.