Football
Features
The teenage full-back's infectious personality has made him a huge hit at Parkhead
Graham Ruthven
17:00, 19 Dec 2019

Not since the days of Artur Boruc have the Celtic support taken so quickly to a new signing. It’s not hard to see why Jeremie Frimpong, the Dutch full-back signed from Manchester City in the summer, has become a fans’ favourite in Glasgow. In a world where footballers are media trained to suppress any sort of human emotion, Frimpong is a delightful exception.

“I was like ‘worst feeling ever,’” the teenager said after Celtic’s win in the Betfred Cup final two weeks ago, a win that came despite Frimpong’s sending off. “I’m like ‘Oh my days.’ The minutes were going so slow and I was like ‘Ohhhh’. I wanted to cry, but then when they blew [the whistle] I was buzzing, I was buzzing.”

It’s these kind of infectious interviews that have turned the 19-year-old into something of an icon, with his frequent use of “Oh my days” becoming a slogan for the Celtic support. But make no mistake, Frimpong isn’t just a likeable character, he is arguably Celtic’s most exciting young player right now. He is a right-sided Kieran Tierney.

“He won’t change,” Celtic skipper Scott Brown revealed recently. “I think he’s been brought up properly. His mum and dad have done a great job with him.

“The way he is … he’s just passed his driving test at the 27th attempt … or was it the fourth?! The lads have been giving him a wee bit of grief for that. But he takes everything in his stride. He’s happy as Larry. He comes in and puts a smile on all the lads’ faces.

“For the first couple of weeks he didn’t really speak with anybody. It was other people who were speaking to him. It’s not easy coming in here – especially from Man City. We thought a wee laddie coming in from Man City could have a big time attitude but he’s come in and been unbelievable.”

Jeremie Frimpong
@JeremieFrimpong
#OhMyDays what a feeling to get my first goal at Paradise! 🍀
@CelticFC #Bhoys #CelHib 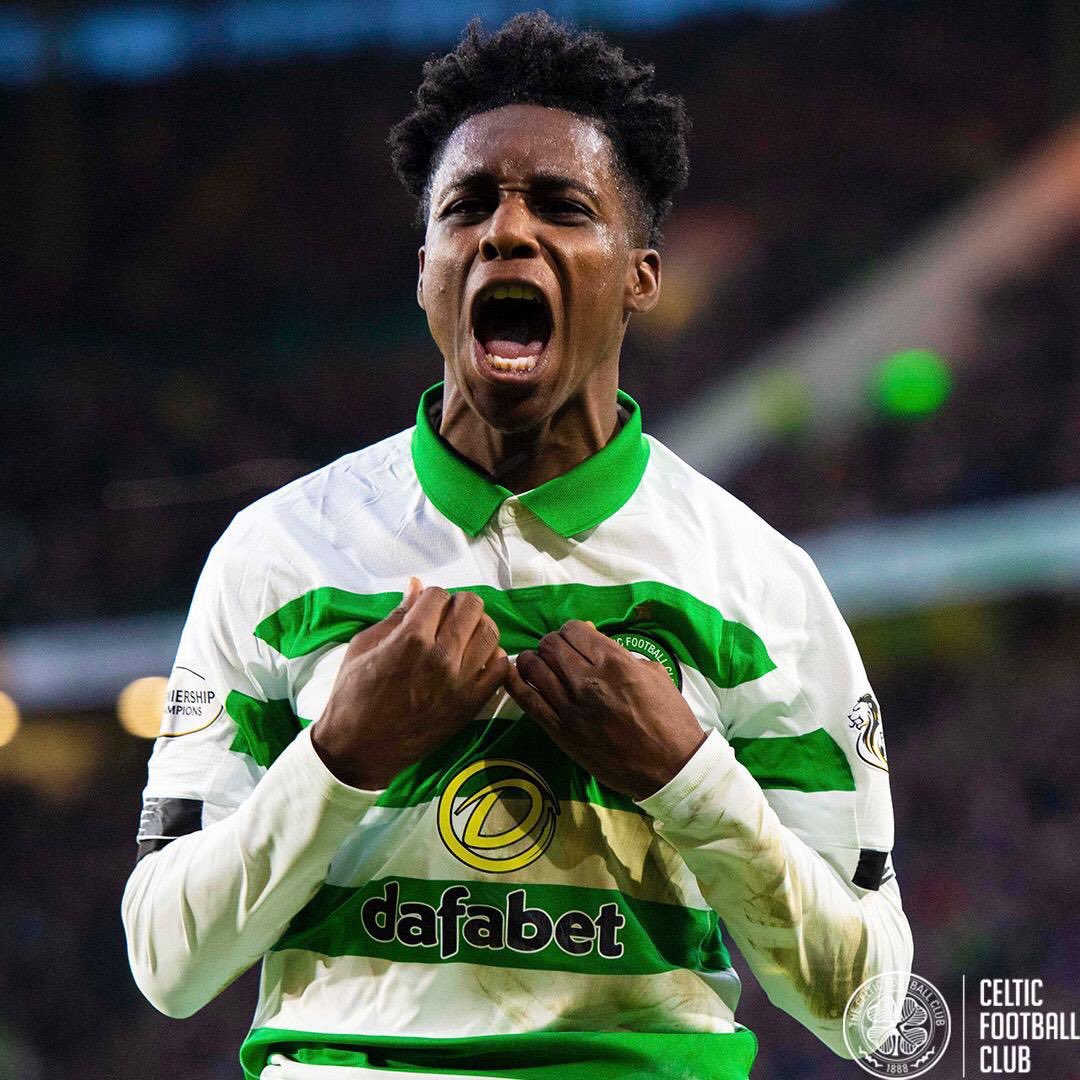 Frimpong might not have made it as far as the first team at the Etihad Stadium but he certainly made the most of the senior experience around him towards the end of his nine-year youth career in Manchester.

“Everyone at City helped me,” he explained earlier this season. “In terms of right-backs, I would speak to Kyle Walker and then when Joao Cancelo came I would speak to him. They would give me some tips and stuff.

“I had been there since I was young. You want to try to get into the team but they obviously have Kyle and have just bought a new right-back. I thought I was ready for first-team football so Celtic came and I took the chance because I thought I would have a better chance at Celtic than Manchester City.”

He has adapted to life at Celtic Park superbly, and while Frimpong still has a long way to go before he can claim to be as good as Tierney, but he dominates the right side for the Bhoys just like Tierney did for years down the left.

The Dutchman is a force of nature, perpetually providing his teammates with an attacking outlet. At times, Frimpong is more of a right-winger, as demonstrated by the position he took up for his goal in the win over Hibernian on Sunday.Neil Lennon calls him “one of the best kids I've ever seen at that age”, and with good reason given the impact he has made in a very short space of time. “I'm just delighted with what he brings to the game, defensively or offensively, and there is as an end product as well,” the Celtic manager elaborated. “He's an outstanding talent who looks after himself. Watching him makes me tired, the amount of runs he makes, he wears people down.”

PLZ Soccer
@PLZSoccer
📺 WATCH: 'He is an outstanding talent'
Neil Lennon heaped praise on Jeremie Frimpong after the 19-year-old delivered another inspired performance 👇
- With @ArnoldClark
0
3

Captain Brown adds: “For me, you can see right away the wee man is genuine. He’s a lovely, lovely man and so is Scott Robertson. If you look at those two boys coming through, they are very humble.

“They appreciate playing in front of 60,000 fans. I’ve seen young kids come up here being ‘Big-time Charlies’ and swaggering around thinking they should be playing when they don’t do the hard work. But these two boys are grafting and working in the gym or on the field and putting the yards in. That’s what you have to do to become a top-quality player.

“Jeremie has that energy and that smile. There isn’t a single person who has a bad word to say about him. His interview after the cup final? It’s those small little things that shows he’s very humble and the lads appreciate that more than anything. 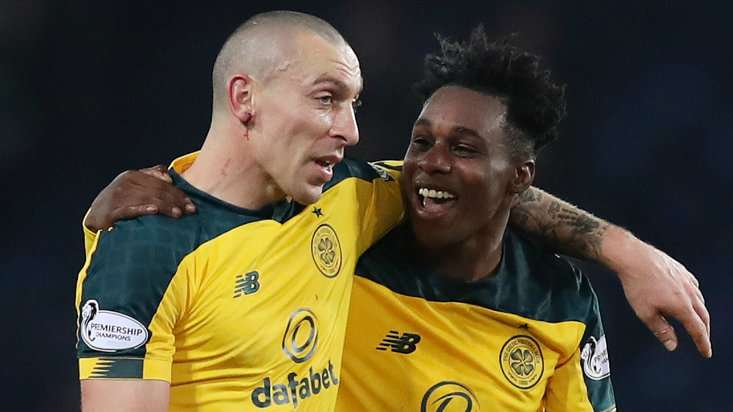 “He’s just very, very good and is only going to get better. He’s played against Martin Boyle, one of the best wingers in the league, against Hibs on Sunday and against Ryan Kent the other week and has shown how good and powerful he is going forward, but he can also defend and is very smart for a young lad.

“He’s got the same attitude week in week out. He’s willing to work hard, do the yards and is up and down the field for 90 minutes.”

It’s fair to say Frimpong has gone down well in Glasgow, with his elaborate celebration routine with Ryan Christie on Wednesday during the win over Hearts only deepening the affection towards him among the Celtic fanbase.

He’s only just arrived in town, but talk has already turned towards how much Celtic could earn from selling Frimpong. Tierney became the club’s most expensive ever export in the summer, joining Arsenal in a deal worth £25 million. His Dutch successor could feasibly go for something similar, although Celtic supporters are just enjoying Frimpong for what he is now - a player with the talent to match his personality.