Sports
Features
It was not the festival of celebration we usually see, but it was perfectly balanced
Simon Lillicrap
15:05, 23 Jul 2021

The Japanese opening ceremony was not what we've come to expect from opening ceremonies. The eerily quiet arena hosted only the representatives and officials, and gave the illusion of being filled with a clever mix of dappled light bouncing off the multicoloured seats. But the emptiness was still noticeable as the noise bounced around the empty stadium.

The grey colour scheme that surrounded the opening stanza reflected the bleakness the world has faced over the past eighteen months. When we are used to sensory overload, everything was drawn back in a simplistic style. We saw someone on a treadmill, another on a stationary bike then a rowing machine. It represented how exercise and sport, like many things, have become things we do at home. Social sports that we now do alone.

The sombre mood continued as the world took a moment to reflect and think of those we have lost. A classy touch from the Japanese, it is perhaps not the upbeat energy we usually see, but then again, these are not usual times.

With the majority of Japanese people against the Games taking place due to the pandemic, this if anything was a perfect reflection of their national feeling. It was not miserable, as some have suggested, but poignant and touching and the Olympic Opening Ceremony is meant to reflect the nation in which it is held.

Just as London 2012 was a celebration of the NHS and the industrial revolution, Japan acknowledged the modern world we live in, before continuing the celebration of the Games and their ideals. We moved onwards, with a wooden design of the iconic Olympic rings raised aloft, made from the wood of spruce trees planted in 1964 in Japan, the year they last hosted the Olympics. 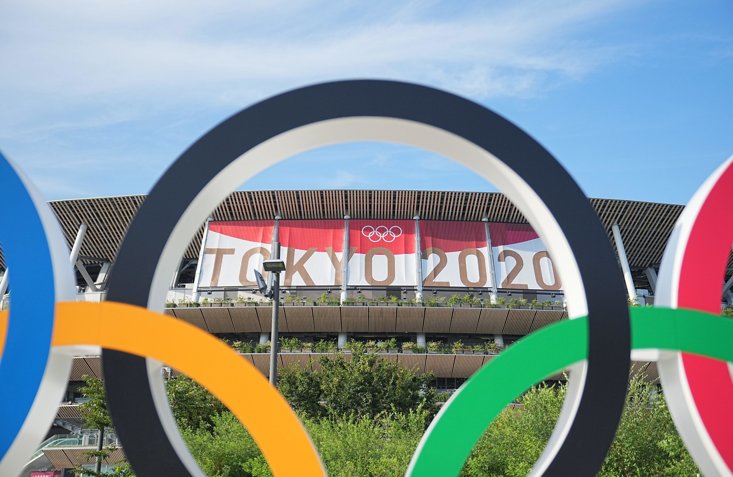 Living in the most populous city in the world, sustainability has become a key pillar of Japanese culture while their love for all things wooden is undeniable. Then the party started. Tap dancers flooded the stage in beautiful Japanese dresses and brought energy to the stadium, even without a crowd to impress.

Next we got to witness the parade of the athletes to the music of famous Japanese games such as Sonic the Hedgehog, in an alphabetical order we aren't used to which kept things exciting. Argentina brought the party, dancing and chanting their way into the stadium before Team GB were led out by Hannah Mills and Mohamed Sbih, before the Games were officially opened.

It may not have been a thrilling spectacle, but Japan got this Opening Ceremony spot on. Sport is more than a hobby, it is a community, with the Olympics being the oldest and most global iteration of this. We have all suffered, we have all adapted, and now for this Olympic Games, we all come together.