Everton played their first-ever game at Goodison Park on September 2, 1892, 127 years ago today, as they beat Bolton Wanderers 4-2 in an exhibition game to mark the stadium’s opening.

Since that day well over a century ago, the Grand Old Lady has seen it all.

From Pele and Eusebio playing on its hallowed turf during the 1966 World Cup to legendary forward Dixie Dean, who scored 60 goals in one season for the Blues back in 1927/28, a record held to this very day, Goodison is one of the most iconic and storied arenas in English football.

The venue for the FA Cup final in 1894, it also holds the record for hosting more top-flight games than any other stadium (the Toffees’ 3-2 victory over Wolves on Sunday was their 4,522nd encounter in England’s elite division). 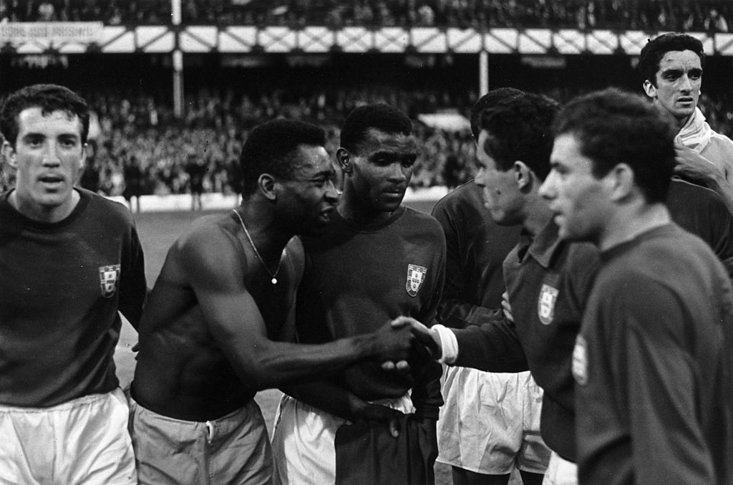 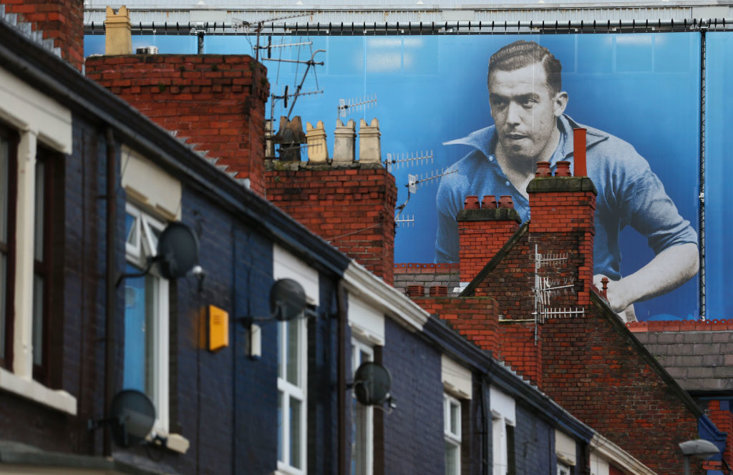 How Everton came to play at Goodison is well-versed on Merseyside.

Formed in 1878, The Toffees first played at Anfield (yes, the current home of fierce rivals Liverpool) and, in 1891, became its first occupants to win the First Division title.

However, a year later, they left over a rent dispute (which directly led to the formation of Liverpool Football Club and one of football’s biggest rivalries) and made the short journey across Stanley Park to Goodison, the first purpose-built football stadium in England.

Ever since, it has set trends and is a ground of firsts.

Not only was it the first ground with two tiers on all four stands, it was also the first stadium with a three-tier stand. Known as ‘The Mersey Millionaires’, the club’s new home wowed the masses. 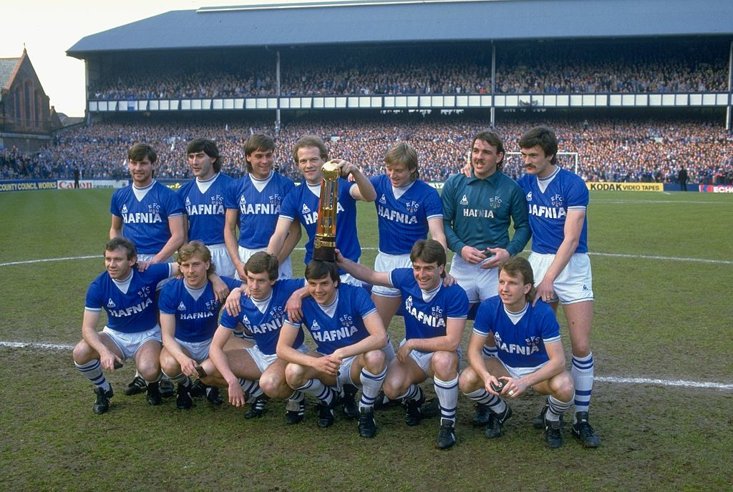 This extract, taken from “Out Of Doors” in October 1892, describes it’s grandness:

"Behold Goodison Park!... no single picture could take in the entire scene the ground presents, it is so magnificently large, for it rivals the greater American baseball pitches. On three sides of the field of play there are tall covered stands, and on the fourth side the ground has been so well banked up with thousands of loads of cinders that a complete view of the game can be had from any portion.

"The spectators are divided from the playing piece by a neat, low hoarding, and the touch line is far enough from it to prevent those accidents which were predicted at Anfield Road, but never happened. Taking it all together, it appears to be one of the finest and most complete grounds in the kingdom, and it is hoped that the public will liberally support the promoters.”

Everton are also the first club to have a church attached to it’s stadium. St Luke’s protrudes into the site between Goodison Park and the Gwladys Street and stands just yards from the corner flag.

Rather more quaintly, Goodison was also the first stadium to install under-soil heating, dugouts and scoreboards; leading the way for thousands of clubs across the globe to follow and make matchday what it is. 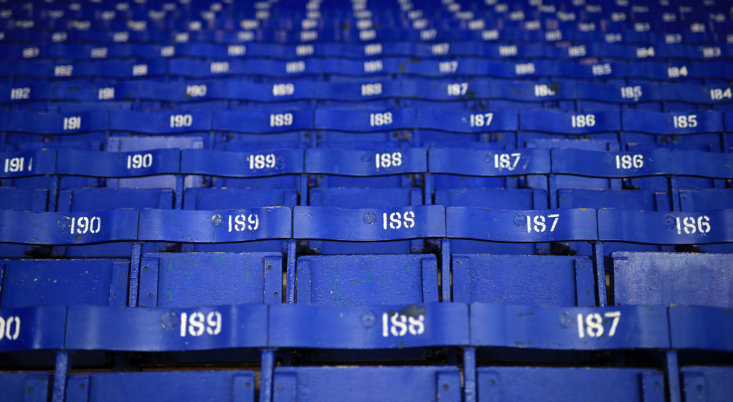 It also features the stunning work of Archibald Leitch, the world-renowned football architect of the 1800s - his design remains on the Bullens Road and Gwladys Street and is synonymous with Goodison Park. The blue on white criss-cross is instantly recognisable and a real staple of Everton’s home and image.

Look back at Pele trudging off the field in ‘66 and compare it to the image of fellow Brazilian Richarlison jumping high above the Wolves defence to score the winner this weekend and Goodison has not changed. It is still full of majesty and wonder. It’s a modern monument to football through the years.

Lettering from years gone by still dictates the rows in the Upper Gwladys and fold-down wooden seats remain in the Bullens Road.

Steeped in history, it was the setting for the 1985 victory over Bayern Munich ‘under the lights’ on the way to Cup Winners’ Cup glory in 1985 and the success of Howard Kendall’s legendary side. 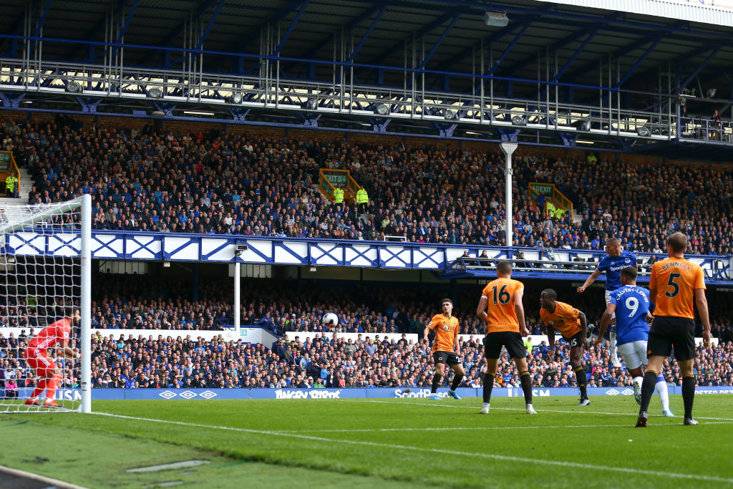 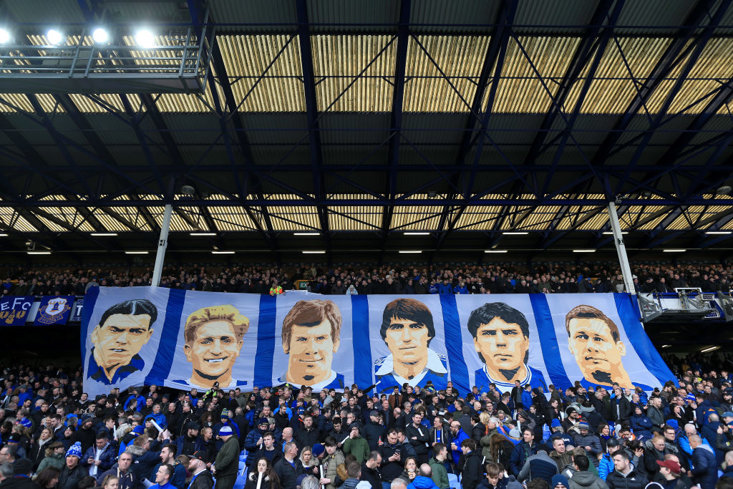 It was Everton’s home for eight more league titles and the last-day great escapes of the Nineties.

It’s not just football either, as well as hosting baseball nearly 80 years ago, Evertonian boxer Tony Bellew lived the dream as he walked out to Z Cars and stopped Ilunga Makabu inside three rounds in front of a packed-out Goodison in 2016, claiming the vacant WBC World cruiserweight title in the process.

Derby victories and last-minute winners, stories and memories seep out of every seat, every groove, every brick.

It is a shame that Everton will soon leave for Bramley Moore, but Goodison Park’s key place in English football history is cemented.

And the Grand Old Lady will remain in the hearts of every Evertonian, forever.