Football
Features
In January 1976, the non-league club became the first UK outfit to advertise on their shirts
Matthew Crist
08:40, 24 Jan 2020

We’ve had everything from Chupa Chups and Flamingo Land to Black Death Vodka and Wet Wet Wet. Football shirt sponsors have been all-encompassing over the years, and for many fans these days the very concept of a plain jersey with no logo emblazoned across the chest would seem bizarre.

It was on January 24th 1976 that Southern League Kettering Town became the first British club in history to wear a sponsor's name on its shirts, donning the ‘Kettering Tyres’ logo. It was a revolutionary move which would pave the way for teams to make the practice as much a part of the modern game as time wasting and top-four tussles.

It’s only thanks to the typical tenacity and sheer bloody-mindedness of former Wolverhampton Wanderers and Northern Ireland striker Derek Dougan that clubs are now able to make fortunes from sponsorship deals with everyone from casinos to car manufacturers.

What was described as a ‘four-figure’ agreement had been brokered by Dougan shortly after he’d been appointed as Kettering's chief executive, though the FA immediately ordered the tyre company’s slogans to be removed. In true Dougan style he claimed that the game's governing body had never put their 1972 ban on sponsorship in writing.

Announcing that: “It is inconceivable that petty-minded bureaucrats have only this to bother about,” the former chairman of the PFA changed the wording on the shirts to ‘Kettering T’, claiming that the T stood for ‘Town’. But, faced with a £1,000 fine, ‘The Doug’ eventually backed down.

The genie was now well and truly out of the lamp though, and Kettering’s experiment had only gone to illustrate the riches that clubs were missing out on. That led to a number of sides lobbying the FA to allow shirt sponsorship and the ban was eventually lifted.

In the years since Kettering’s somewhat cavalier approach to shirt sponsorship a myriad of monikers have graced the gear of teams throughout the land and beyond, so here is a look at some of the more memorable as well as the downright daft.

Liverpool were the first top-flight English club to adopt shirt sponsorship when they signed a deal with electronics manufacturers Hitachi in 1979, opening the door for a host of First Division clubs to follow suit and take advantage of a market thought to be worth over £100 million a year to clubs.

The £100,000, two-year deal with the Japanese giants coincided with one of the most dominant periods in the club’s long and illustrious history and allowed them to display the brand’s name during all their matches; though not for televised games or European and FA Cup ties. 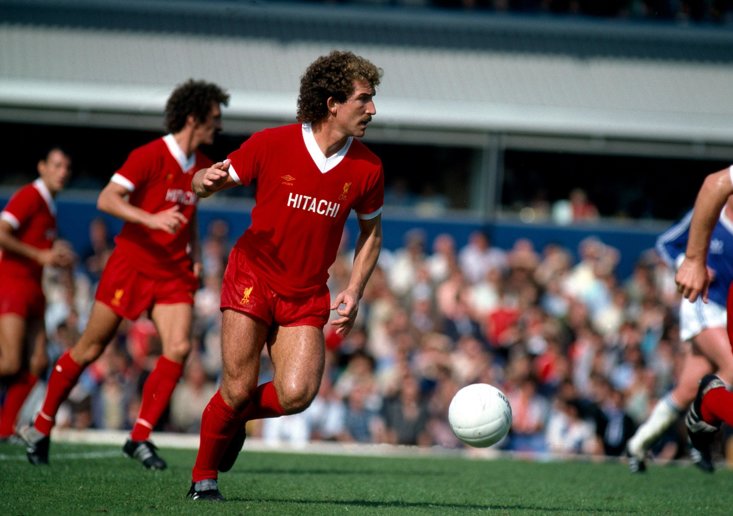 Not wanting to miss out, Arsenal signed a shirt sponsorship deal with electronics firm JVC in 1981 despite then-chairman Peter Hill-Wood initially being against advertising and sponsorship, feeling the club would be: “losing a little bit of their identity,” before being persuaded otherwise.

In 1982 Sharp, another electronics giant, became the official shirt sponsor of Manchester United and remained so during a prolonged period of commercial growth and on-field success. The brand would eventually be replaced when Vodafone took over for the 2000/01 season, bringing the curtain down on Sharp's long association with the Old Trafford club.

A decade later, Sharp's marketing communications manager, Martin Arnold, admitted that the end of an era in football also marked a slide away for Sharp in the UK. "I wouldn't say that it marked a step back from the UK market. I would say it was when a lot of people started to think that the brand was going into decline,” he said.

In September 1999, Welsh indie rockers Super Furry Animals, who had featured former maverick Robin Friday on their album ‘The Man Don’t Give a F**k’ forked out to sponsor their beloved Cardiff City in order to promote their new album, ‘Guerrilla’.The Bluebirds weren’t the first side to be sponsored by a band though as, during their 1990s peak, Scottish pop stars Wet Wet Wet gave a little help to their friends by sponsoring the shirts of hometown team Clydebank. 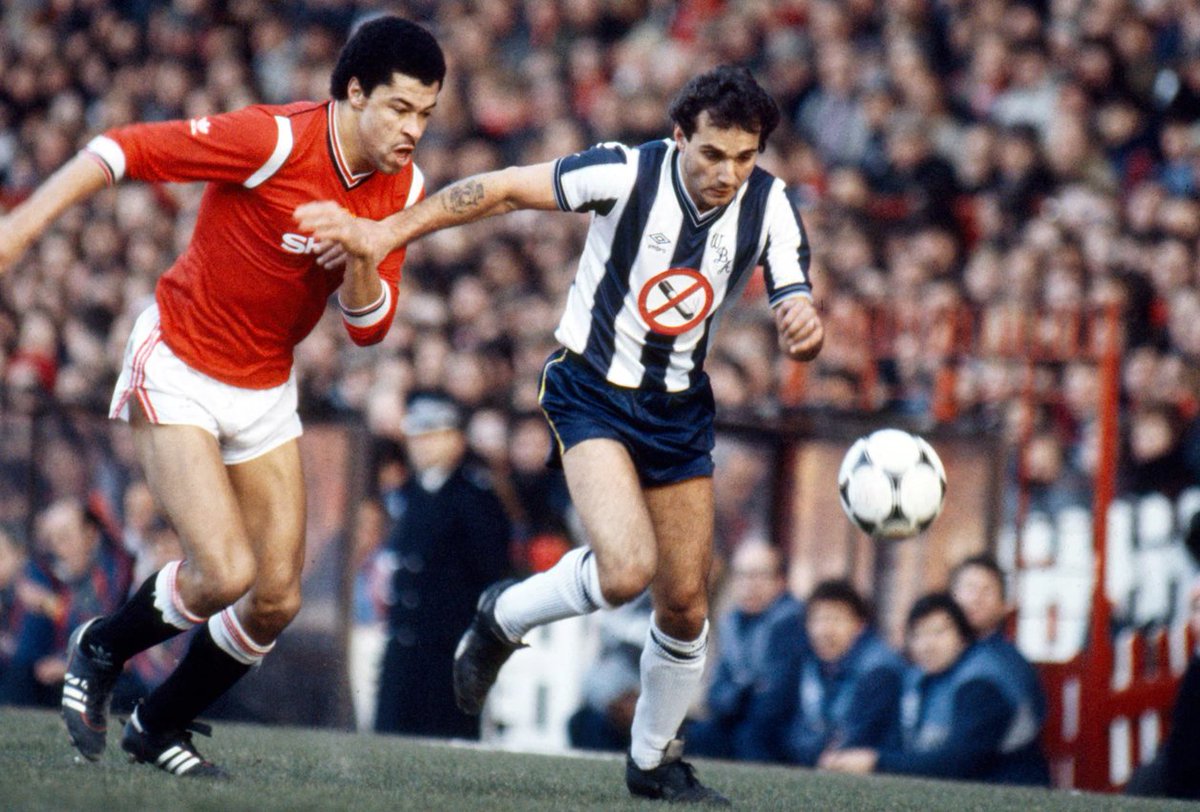 For much of the 20th century, smoking was as synonymous with football as Bovril and bobble hats, with some of the greats of the games such as Johan Cruyff, Bobby Charlton and Gazza partial to a pre-match puff.

Even more surprising, then, that the West Midlands Health Organisation paid to display ‘No Smoking’ signs on Albion shirts in the mid-eighties and particularly ironic as smoking at the ground was still permitted at the time, before an overall ban came in some 20 years later.

Back in the early 1980s, Everton’s famous blue shirts carried the name Hafnia – a logo which became as familiar to Toffees fans as the Twin Towers of Wembley during a spell of almost unprecedented success under Howard Kendall.

The problem was that few people knew who or what Hafnia actually was as the Danish tinned meat company didn’t even supply products to the UK. So it was no surprise that the brand disappeared shortly after it vanished from the Everton shirt in 1985 when it was replaced by NEC.

Before betting companies cornered the market in kit captions, booze was often the sponsor of choice for money hungry (and thirsty) football clubs. This was how the likes of Newcastle Brown Ale, Guinness and Holsten became household names.

But in 1973, and with shirt sponsorship still banned in Germany, Eintracht Braunschweig resorted to changing the club’s logo to that of Jagermeister in an effort to get around the rules. The move perhaps inspired the folks at Red Bull, who took the idea to a whole new level a few decades later. Let’s face it, the two go pretty well together.