Us Sports
Features
'His Airness' took his first steps in becoming the best in the history of the game
Jack Porter
07:00, 16 May 2021

The montage of highlights that precipitated his arrival played out to the tune of The S.O.S Band’s ‘It’s A Long Way To The Top’:

“It's a long way to the top

You can make it if you try

It's a long way to the top

You can make it if you try”

His 6’6” frame strode towards the middle of the stage, dressed in a startlingly eye-catching combo of a gold suede shirt and a dazzling gold chain that Mr T would have been proud to have in his collection. The individual look of this both literal and figurative giant was enunciated even more by the array of dapper suits and ties he was surrounded by. He talked for just 25 seconds. The whole room listened.

He had just taken his first professional steps, shots, jumps, leaps, and dunks to living up to the momentous hype that had built through his college years. He was making good on the whispers and wails that he could become the best in the history of the game.

''This award is nice,” the greatest basketball player of all time said at the time when the announcement had been made, “but I just feel it is very important for each individual to go out and contribute to his team.” 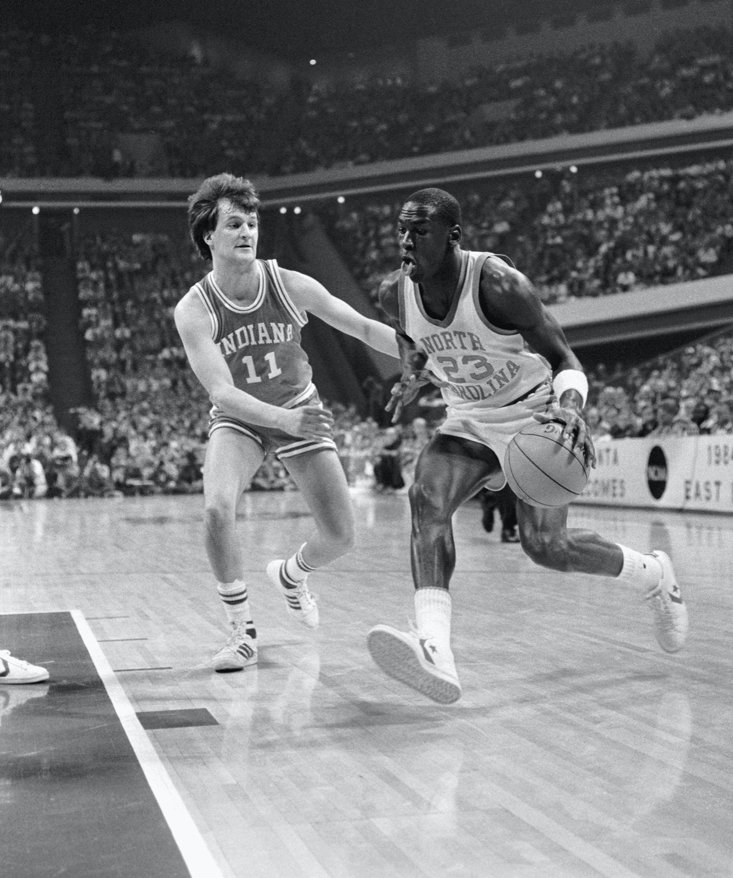 North Carolina had bolstered the fanfare, with the game-winning shot in the NCAA Championship final, and a brace of NCAA All-American First Team selections. A gold medal leading the men’s basketball team at the ‘84 Olympic Games, held in LA, followed. The first Air Jordans were already in production in Nike HQ.

Jordan was selected by the Chicago Bulls in the summer of 1984. By the end of the season attendance at the Chicago Stadium had doubled: an average of 6,365 per game skyrocketing to 12,763.

December 10, 1984. The front cover of Sports Illustrated. An airborne MJ out-leaping the Clippers defence for a contribution to a 100-104 win. The headline next to the photograph read ‘A Star Is Born’.

Jack Nicholson had reportedly ducked a Lakers game to go across L.A to watch the Clippers as the Chicago Bulls - and fundamentally a young, promising shooting guard - were in town.

In any other year the Rookie of the Year accolade would have likely been Hakeem Olajuwon’s, the Houston Rockets center averaging 20.6 points, 11.9 rebounds and 2.68 blocks. In the voting of 78 figures across the US media - sports writers and journalists - there was ultimately only two ever in contention. Jordan received 57-and-a-half votes to 20-and-a-half for Olajuwon, the first overall NBA draft pick in ‘84. Jordan had been third, when the Portland Trail Blazers opted to select Don Bowie.

MJ played in every single one of the Bulls’ 82 games across the campaign and led the franchise in scoring, rebounding, assists, free-throw percentage and was second in blocked shots. It had taken him just his second preseason game to register over 30 points in a game. 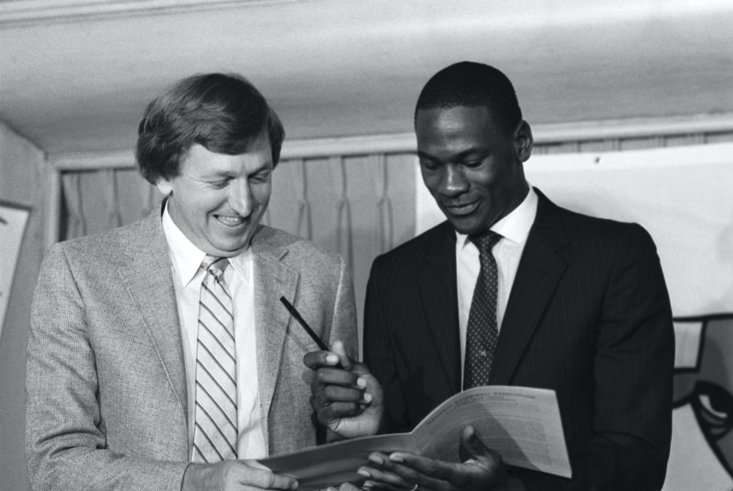 Jordan signs for the Chicago Bulls

Jordan also led the league in total points scored across 84/85 and finished third in scoring average with 28 points a game. The guard was also fourth in steals with 2.39 per game. The Bulls eventually lost their first playoff series in four years to the Milwaukee Bucks. Jordan still averaged 29.3 points, 8.5 assists and 6 rebounds a game, despite Bucks’ best efforts in triple-guarding him.

Only once, 1980/81, in the seven seasons before Jordan’s arrival had the Chicago Bulls made the playoffs and only twice in the past nine had it won more games than it lost.

“I think my year was very, very experimental for me. I achieved so much and hopefully next year will be more promising,” His Airness, dressed appropriately in that gold, said as he received the Eddie Gottlieb award at the Rookie of the Year ceremony, before adding:

“If not, then maybe I’ll retire in two years.”

“There's a lotta things you can be

Concentration is the key

Your direction you must choose

Be determined not to lose”

He eventually chose not to retire just yet.