After an 11-year reign as super middleweight champion, racking up 21 title defences, Calzaghe had left behind the 168lbs division, and now had the light-heavyweight crown and American glory in his sights.

The build-up to the first fight  of The Italian Dragon on American soil, dubbed ‘Battle of the Planet’, had been seeped in racial animosity after his dance partner, Bernard Hopkins, infamously uttered the line: “I’ll never let a white boy beat me. Never.”

Unfortunately for Hopkins, the ‘white boy’ from Newbridge, who wanted no part in turning this fight into something more than what it was, let his fists do the talking and beat the Philadelphian with calm and collectiveness.

Only a few months earlier, another Brit had come Stateside to try his hands out against America’s best. Ricky Hatton, who, though valiant, was handily beaten by Floyd Mayweather Jr and in the opening rounds of his own Vegas excursion, it looked like Joe too would fall short of the mark across the pond.

A short crunching right from B-Hop in the opening stanza sent Calzaghe, then 36, crumbling to the canvas for just the third time in his professional career and then, in the second, Hopkins managed to open up a cut on the bridge of the Welshman’s nose.

Hopkins, unquestionably a future boxing hall of famer, was the king of psychological warfare in the ring and his roughhouse tactics got under the skin of more than a couple of the sixty plus boxers he faced across a career spanning nearly three decades.

Calzaghe was one of them, signalling to referee Joe Cortez early on that Hopkins was getting a bit too physical on the inside.

The mark of a true champion is being able to turn a fight on its head when it matters and there’s a reason why Calzaghe had not known what it felt like to see another man’s hand raised at the conclusion of his previous 46 fights. Something clicked in Calzaghe, and Hopkins was the man who’d ultimately pay the price. 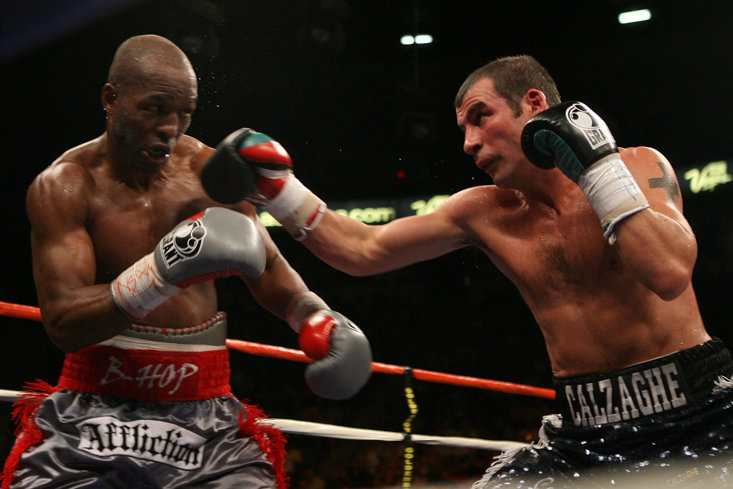 From the middle rounds onwards, Calzaghe began to put the pressure on Hopkins and the tide of the battle soon changed with the former dominating until the final bell, winning a split decision and bringing home a world title from a second division on his American debut.

In the immediate aftermath, Hopkins - in typical Hopkins fashion - was adamant he’d done more than enough to ensure the world title would stay on his side of the Atlantic, whilst also claiming Calzaghe had broken the rules in the tenth.

"He hit me low and what made it hurt was it knocked my privates outside my cup,” he said after the fight.

"I just feel like I made him look amateurish.”

Calzaghe didn’t care, raising his arms to his adoring fans, and the Compubox stats showed that in terms of punches landed, the Welsman had outworked his opponent with 232 of 707 punches landed (33 percent) to Hopkins' 127 of 468 (27 percent). 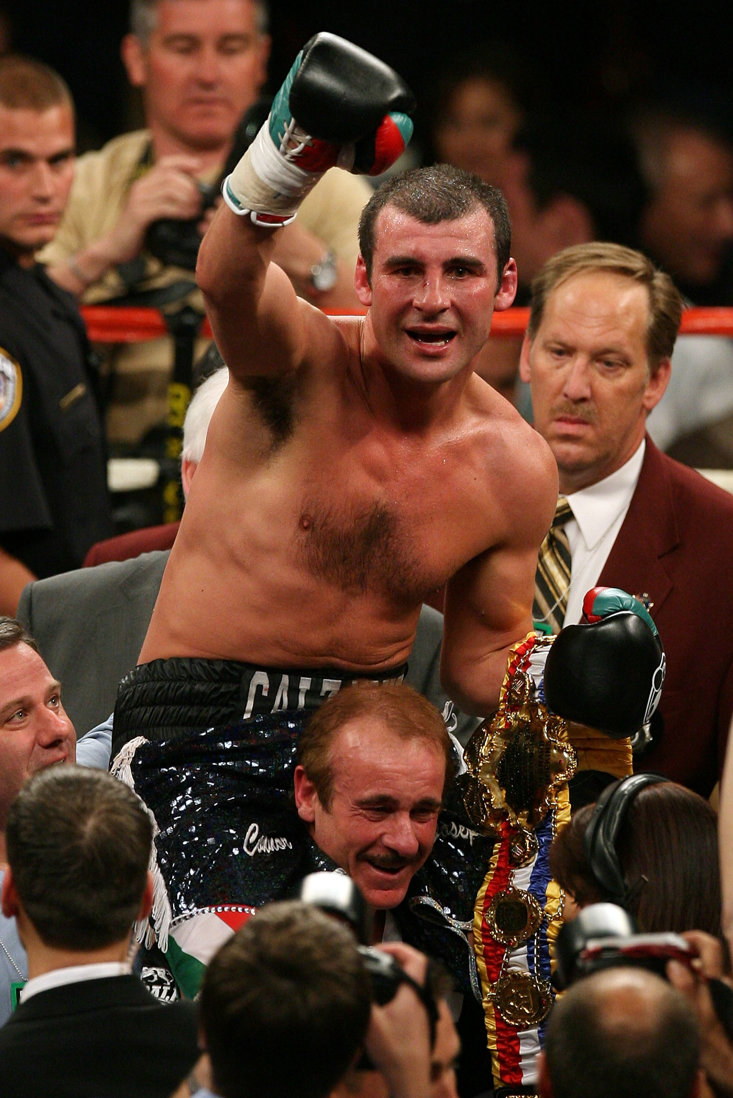 "I had to let the punches go as the fight wore on. He was very defensive. I was only hurt one time, but he never caught me with a clean punch. It was one of the toughest fights of my career. He's very clever. I'm very proud to have landed more punches on Bernard Hopkins than anyone else he has fought," Calzaghe said in the aftermath.

The win would prove to be the penultimate of Calzaghe’s glittering career, signing off for a good with a win over another all-time great, albeit another ageing one, Roy Jones Jr.

Hopkins, on the other hand, went on to fight for another eight years sealing memorable wins over Jones Jr, Kelly Pavlik, Tavoris Cloud and Jean Pascal, becoming the oldest boxing champion in the sport’s history at the ripe old age of 49 in 2014 - further testament to Calzaghe’s win over him six years earlier.

Many nights shine brightly in the history of British boxing and Calzaghe’s silencing of Hopkins will always be among them.