As an eight-division world champion, the winner of 12 major world titles, the only man to hold world championships across four decades and undoubtedly one of the greatest boxers of all-time, it’s little wonder why the Filipino population of nearly 110 million hold Manny Pacquiao in such a deific status. 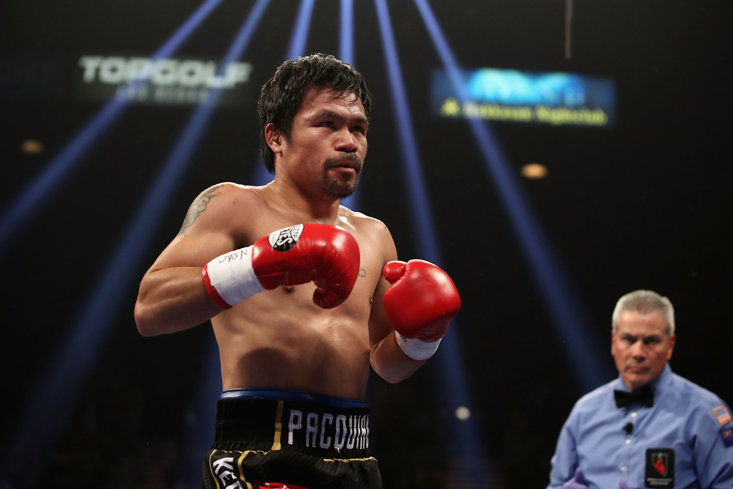 The Philippines is a fighting nation and one of boxing’s biggest powerhouses, having produced 42 world champions, one of the highest success rates on the planet, and it all began with a 22-year-old flyweight all the way back in 1923 - not only boxing’s first Filipino world champion but the first to hail from Asia.

But for Pancho Villa, born Francisco Guilledo in the Municipality of Ilog in 1901, it wasn’t easy becoming such a trailblazer so early on in the 20th century, with racial discrimination at its zenith in the Western world towards any non-white fighter. 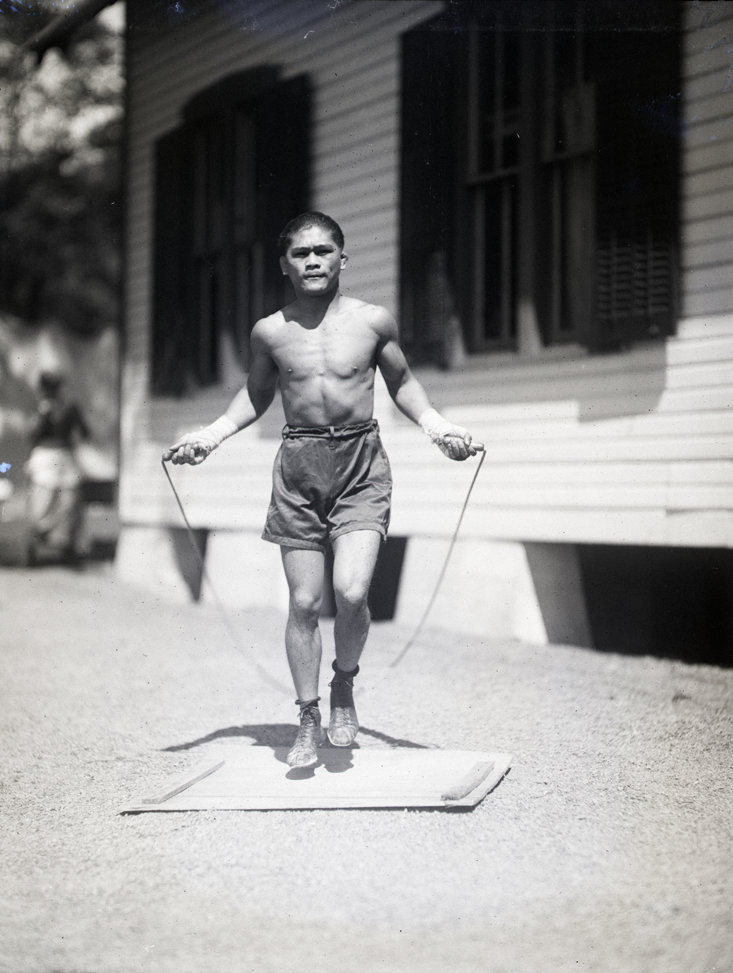 Francisco Guilledo, better known in the ring by the pseudonym Pancho Villa

The Philippines’ first boxing golden age began, with Guilledo the spearhead, in 1921, when the sport of boxing was first legalised in the country. With that, Frank Churchill, an American boxing promoter, and two carnival promoting brothers, nicknamed the ‘Barnums of Borneo,’ Eddie and Stewart Tait, established the Olympic Boxing Club in Manila and the first wave of Filipino fistic wizards were born.

The Olympic Boxing Club would provide a fertile ground for breeding gifted Filipino pugilists, none more so than the raw and tenaciously talented Guilledo, whom Churchill immediately envisioned a bright future for, giving the rookie the ring pseudonym of Pancho Villa, after the famous gun slinging Mexican revolutionary. 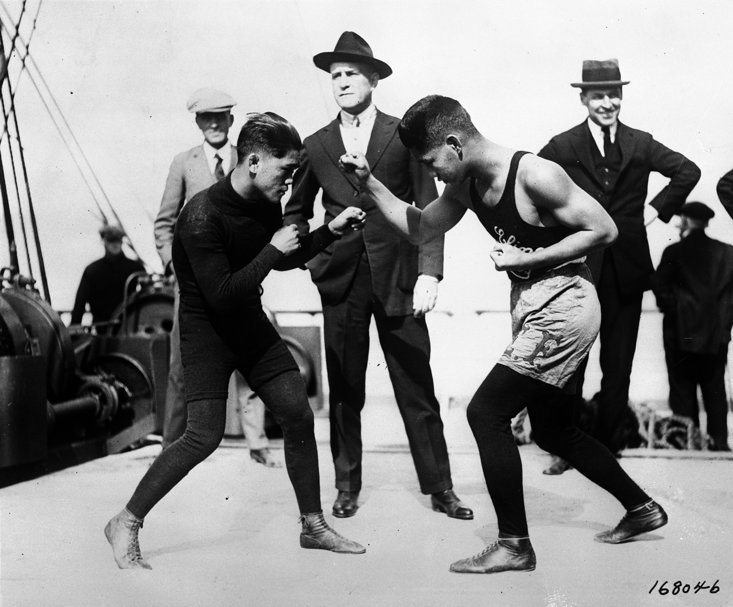 Pancho Villa spars with a stablemate as Frank Churchill watches on

As the twenties roared into the American zeitgeist, so did Villa, an immigrant like so many in the Land of the Free in pursuit of the American Dream. And in many ways, Villa is the embodiment of the so-called dream, laying down a path for many others to follow, including fellow Filipinos like Manny Pacquiao the best part of a century later.

It wasn't an immediate rise to success with many observers in Stateside slow to take notice of Villa, but, with time, his unrelenting and explosive style in the ring began to gain plaudits, and even the occasional standing ovation. From raising goats and working as a shoe shiner in his homeland just a few years earlier, by 1923 Villa was beginning to conquer the USA and was making a fortune in the process, despite the racial animosity and discrimination that plagued the United States.

At the time, the US Congress had been passing anti-immigration laws and to many, Villa was little more than a circus-act - even in admiration for the fighter, the press couldn’t resist using vile racial tropes such as “the oriental” or “the beast of the jungle” in their descriptions of his fights.

The watershed moment for Villa and Filipino boxing came on June 18, 1923, when Villa competed for the World Flyweight Title in front of 20,000 fans at New York’s iconic Polo Grounds in Harlem against Jimmy Wilde, one of the best British boxers of all-time - the winner of 131 bouts, the loser of just three. 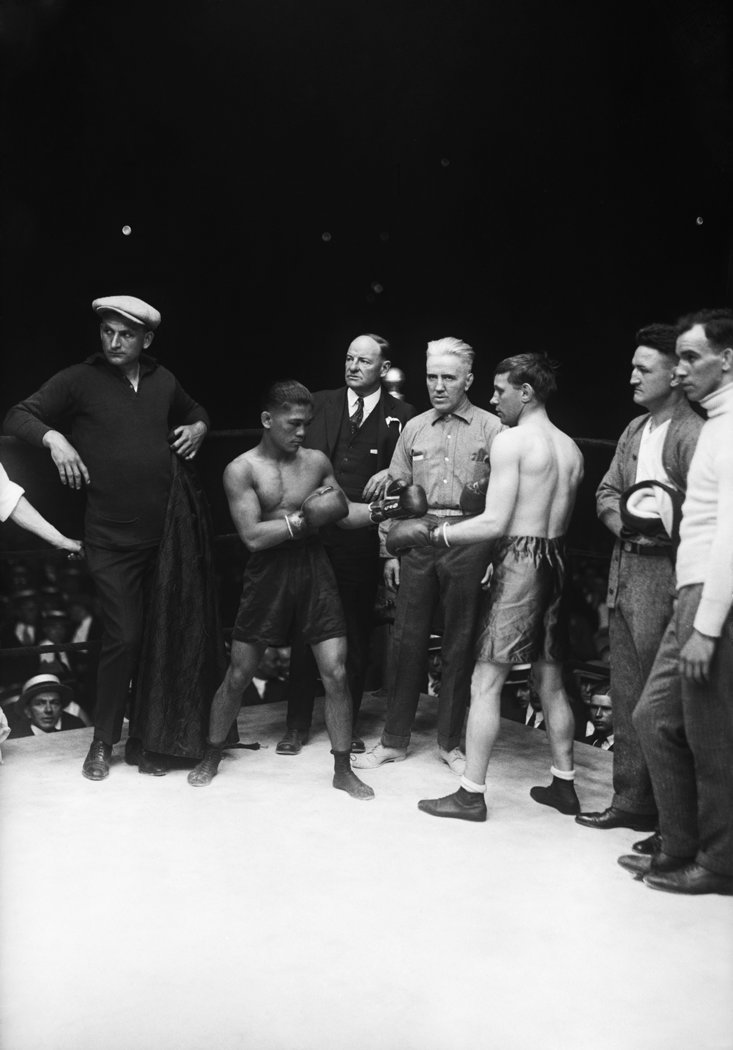 Villa and Wales' Jimmy Wilde square off in 1923

Wilde, 31, had come out of retirement to face the fresh-face 22-year-old new kid on the block. He probably wished he’d just stayed at home. Echoing what would come, Villa said in the pre-fight build up: "I am in condition and once in condition, my worries are over. I do not intend to give Wilde a minute's rest while we are in the ring."

This proved accurate. The Welshman was battered hopelessly for seven rounds before being stopped, sending shockwaves through the Western world - many naively believing that it was impossible for a white champion to be sent to the canvas by a Filipino. Wilde would never fight again.

Villa returned to Manila in 1924 to a hero’s welcome but sadly the world would not see what Villa would truly have been capable of. In the build-up to what would be his last fight, a non-title bout scheduled for Independence Day against Irish-Canadian Jimmy McLarnin, Villa complained of toothache - despite the pain he went on with the fight, though he naturally lost it and afterwards had the troublesome teeth removed. Within days his condition deteriorated, an infection from his teeth had spread to his throat and on July 14, two weeks before his 24th birthday, he was pronounced dead. 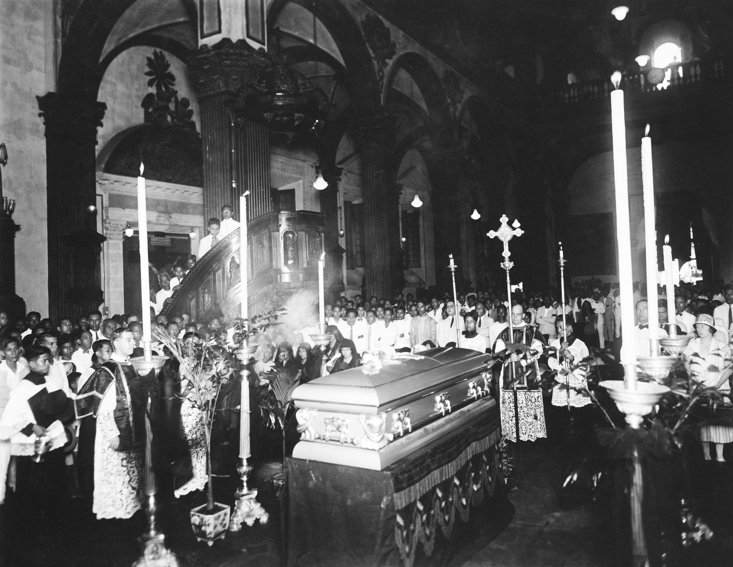 The funeral of Pancho Villa in 1924

What Villa could have achieved in the ring we will never know but what he means to boxing out of it, especially Filipino boxing, can never be forgotten. A true pioneer of the sport, we may never have had fighters like Manny Pacquiao now if it were not for Villa before him.

“It’s a great honour to be compared to Pancho Villa, a great man and a great boxer. His memory has always been my inspiration in my every fight,” Pacquiao said of his idol in 2019.