"Chiefs kingdom, you've been with me since the beginning - from rookie year. You helped us overcome adversity to become Super Bowl champs and we're staying together for a long time. We're chasing a dynasty."

And with that, $500 million man Patrick Mahomes announced his commitment to the burgeoning Kansas City Chiefs, who this year he threw to their first Vince Lombardi trophy in half a century, at Super Bowl LIV. Based solely on a single contract, the quintessential quarterback has become the first half billion dollar athlete in the history of North American team sports.

The semi-retired boxer Floyd Mayweather Jr can still claim the title of having had the richest deal per event, from his 2013 agreement with Showtime to allow them to cover six fights across 30 months that netted him a guaranteed $200 million. With huge pay-per-view turnouts for fights against Canelo Álvarez (more on him later) and Manny Pacquiao, and due to Mayweather’s combined role as a promoter cumulatively earned him an estimated $450 million for the six fights in that two-and-a-half year span. There’s a reason he adopted the moniker ‘Money’.

Here are the other brobdingnagian deals across this wedged world of these sporting Sultan of Bruneis.

Though it’s a hearty congratulations to Mahomes for his peerless excellence being rewarded with riches, dear reader, be prepared to feel very, very sorry for yourself. 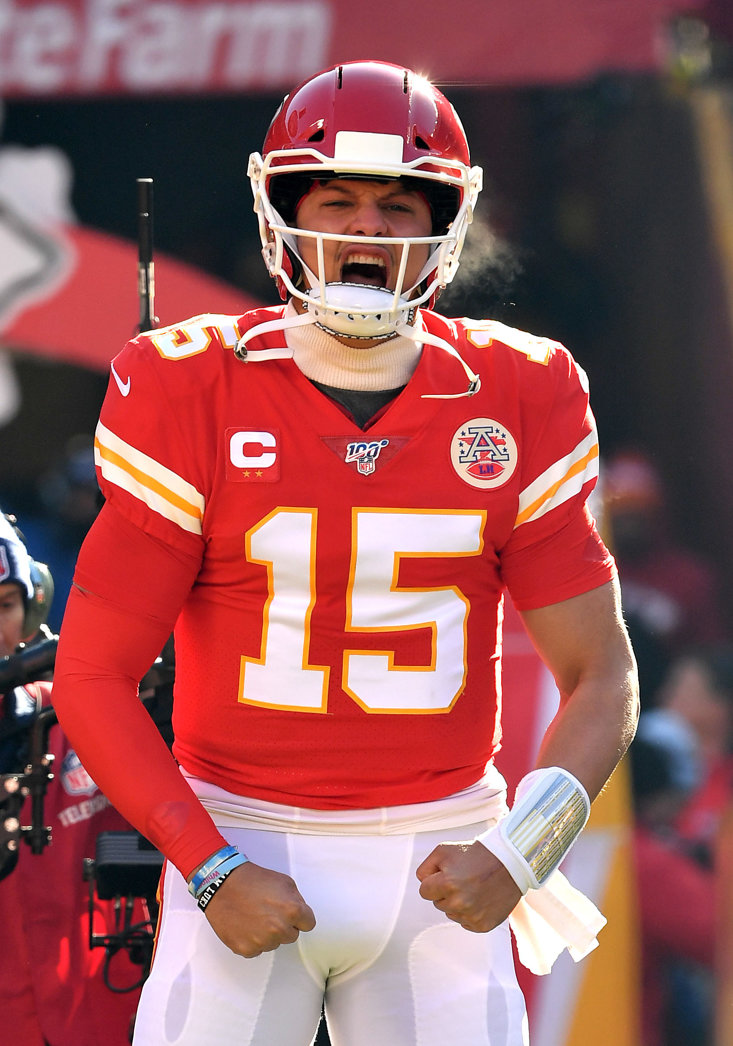 There were nine - NINE - other players picked by franchises ahead of Patrick Mahomes the Second in the 2017 NFL draft. Or, in other words, nine other franchise chiefs crying themselves to sleep every night for the past three years. Since his selection for the Kansas City Chiefs three years ago, Texas Tech alum Mahomes has averaged 302.4 passing yards per game, including play-offs, - the most in the history of the National Football League.

The only quarterback in history to throw for over 5,000 yards in a season in both college and the NFL, Mahomes is also the youngest ever MVP after his stunning antics at the sports’ headline event in Miami Gardens, Florida. The face and figurehead of the NFL for the foreseeable at just 24 years old, the Missouri-based outfit understandably have broken the bank to tie him down, and the respect between player and club has appeared mutual.

Significantly before signing and starting to receive the eye-watering sum, Mahomes required the reassurance that this unprecedented deal wouldn’t be detrimental to the team.

"Those guys need to be rewarded as well,” the superstar said, “It's not about one person and I truly believe that. Mayweather may be welcome to take the ‘Money’ moniker, but call Mahomes ‘Modest’. 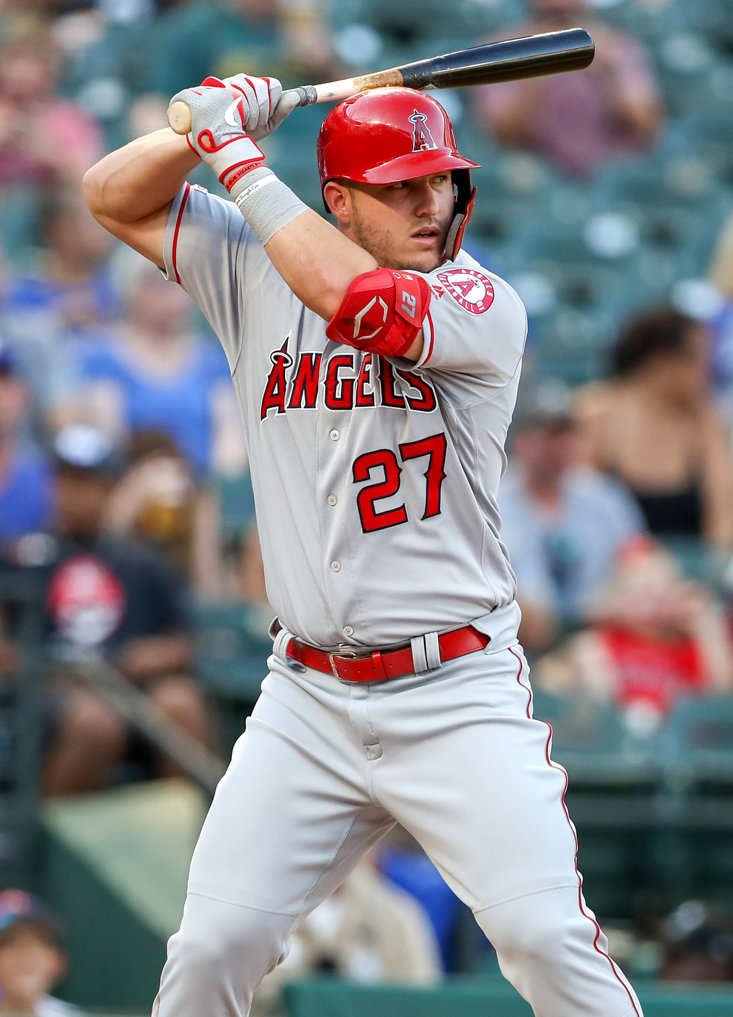 Poor Mike Trout now has to settle for second place since being surpassed by Mahomes this summer. Still he’s no mere minnow - the baseball player has got $426million to comfort him. Trout, ‘The Millville Meteor’ absolutely filleted the Los Angeles Angels by committing to a 12-year contract to remain in California until 2030, worth a staggering $426m to the centre fielder, and more than $100m more than his nearest equivalent in baseball, Bryce Harper of the Philadelphia Phillies, who signed the same year.

Dangling an average of $35.5m a year in front of him in 2019 proved to be the ideal bait for Trout to remain an Angel into the future, with the intended hope that the player will continue to provide the catches of the days to come. 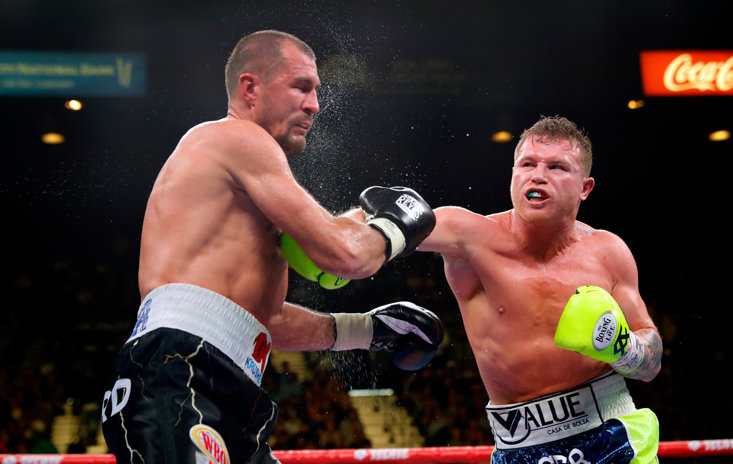 DAZN really wanted to let the world know that they were the new home of boxing when they secured the man who is today the world's best active pound-for-pound boxer, Canelo Álvarez, on an 11-fight deal that gave Floyd Mayweather a run for his money (pun intended).

“I am humbled to be selected to lead this new vision for the sport of boxing, which without doubt will be for the benefit of the fans,” said the Mexican Alvarez at the announcement in New York in October 2018, with him now expected to receiving a huge $33.2m to pummel the living daylights out of eleven opponents who cross his path. One thing that certainly isn’t humble is the 29-year-old’s bank account. 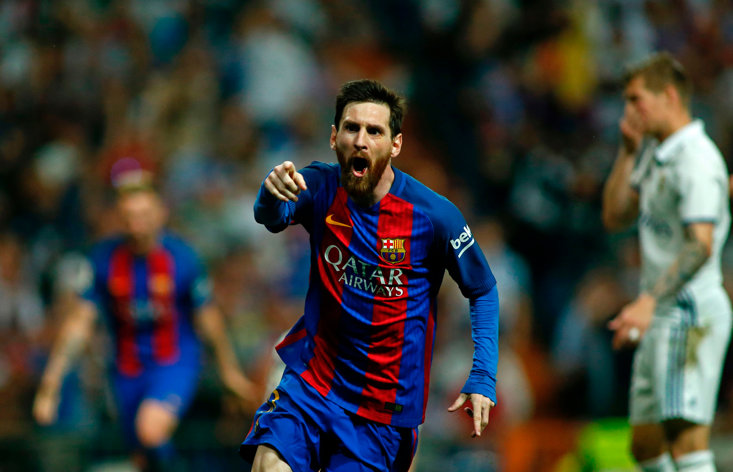 Since his first match with Barcelona, 16 years ago, in 2004, Lionel Messi has accumulated 33 club titles in close to 700 matches. And he’s not stopping.

Though speculation has mounted in 2020 regarding his commitment to the Blaugrana, Messi and Barca have become almost synonymous with one another. For the football fan, it is genuinely impossible to now think of one without the other.

Messi signed a new contract with Barcelona in 2017 that was scheduled to retain him at the Spanish goliaths through to 2021, though this purportedly included a clause that allows him to leave at any time. According to El Mundo, Messi receives $80 million (€70 million) per season from his club. Club may be the wrong word: Barcelona is Lionel Messi’s home.

And for his tenancy, it is the club who are providing the payment, to the tune of $320 million across those four years. Or $160million for each of those brilliant, hypnotic feet. That’s not even to mention that golden handshake deal with Adidas that has committed Leo to the sportswear manufacturer for life.

How much would you pay for the man who may be the greatest sportsperson in the history of sport? 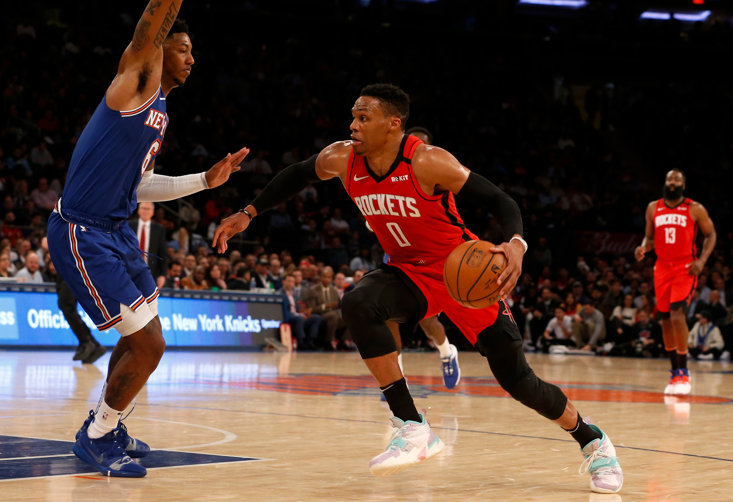 In the wild world of basketball player trading, Oklahoma City Thunder’s water-mark making pact with Russell Westbrook lasted only a year.  In 2018, with the franchise smarting from the loss of Kevin Durant, Westbrook was provided a brand-spanking new $207m contract over five years, making him the highest paid player in the National Basketball Association at around $504k per game, and continuing his partnership with the club he had already been at for a decade.

His last three years with the Thunder averaged a triple-double in each of the past three seasons, becoming the first NBA player to achieve the feat in a single season in over 60 years.

However, just a year later, Westbrook was traded to the Houston Rockets, for point guard Chris Paul and first-round picks in 2024 and 2026.

To facilitate the move to Houston, Westbrook even modified his contract from the initial agreement, allowing him to reunite with the similarly loaded James Harden. The up-front payments were altered in order to ease the pressure on the franchise, and of course bolster the squad around him.

Westbrook remains to collect $124m at the end of the day, across the next three years until 2023 when his original deal with Thunder expires. Still, he reportedly caught an extra $10million tax break upon moving to Texas. Which is nice.