“That’s a delightful through ball from De Bruyne, Messi picks it up, skips past the defender and rifles a thunderous shot into the roof of the net. Pure brilliance for Lionel Messi, and his first goal for Manchester City….”

We can hear the commentary already, see the Argentine maestro run to celebrate with his new Premier League teammates, for at last it feels this moment is set to become reality. It’s been a long time coming, but Messi’s worth waiting for, right?

Pep Guardiola was all smiles as he signed a two-year extension to his Manchester City contract, which astonishingly will make him the club’s longest-serving manager since Les McDowall, who was boss from 1950 to 1963. But more importantly than that, much more importantly, is the not so subtle signal it sends to Messi and his representatives in Spain.

Pep staying means the long-awaited reunion will happen next year. The City boss had seven months left on his contract, he didn’t have to put pen to paper yet but he did, and the reason is Messi. The world’s best player is effectively being held against his will at Barcelona, the club that’s nurtured him since he was 13. 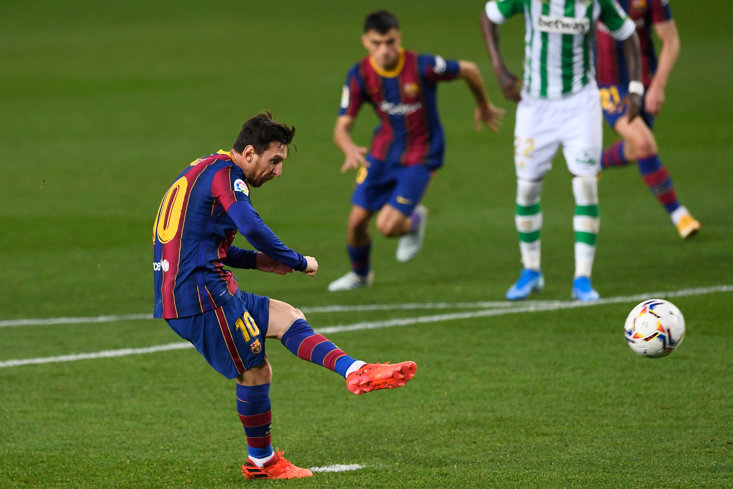 You understand just how sour things have turned when you see Messi return from international duty to be met at the airport by tax investigators. “I’m a little tired of always being the problem for everything at the club,” Messi told reporters in response to accusations from Antoine Griezmann’s former agent, Eric Olhats, that he enjoys a ‘reign of terror’.

From January the Argentine is free to sign up with another club. At one time this was unthinkable, but you know how quickly things change in the beautiful game. And Manchester City have been preparing for this moment for the best part of a decade, first former Barca vice-president Ferran Soriano was named chief executive in 2012, and later that year the Spanish giants’ ex-director of football, Txiki Begiristain, joined City in the same role. Pep kept them waiting until rocking up in east Manchester in 2016. And now, the final piece of the jigsaw is in touching distance. Slowly, slowly, catchy Messi…

Ok, so he’ll be 34 in June, and he is not at the peak of his powers. But come on, think about it, just to see him dribbling down the wing at Wolves, scoring the opener at Old Trafford, bagging a hat-trick at the Hawthorns, and yes turning it on on a wet Tuesday night at Turf Moor. Now, that’s a happy place. Bring. It. On.