Football
Features
The Argentine appears to be far better suited to United than Ole Gunnar Solskjaer is
Greg Lea
06:55, 13 Jan 2020

Manchester United’s season has been a tale of one step forward and two steps back.

At the start of December, back-to-back victories over Tottenham and Manchester City seemed to suggest that things had finally begun to click under Ole Gunnar Solskjaer. But United soon proceeded to lose 2-0 to a Watford team who had not won a single home game all season until that point. Wins against Newcastle and Burnley were then followed by a dismal display in defeat by Arsenal.

Saturday's 4-0 win over basement-dwelling Norwich City got them back on track after their 3-1 chastening at the hands of Manchester City in the first leg of their League Cup semi-final, but one glance at United's results in 2019-20 suggests that it won't be long before they are back up against it. Solskjaer’s side were outclassed by their local rivals at Old Trafford last week, and no amount of goals against the Canaries were going to patch up what is a gaping wound at the club right now.

The answer - at least to their on-field issues - is a change of manager to make the most of Mauricio Pochettino's availability before he becomes engaged once more elsewhere.

Solskjaer is out of his depth as United manager, but he is far from the only problem at the club. The Red Devils have spent almost £1 billion on new signings since Sir Alex Ferguson’s retirement in 2013. Yet despite such a considerable outlay, United are as far away as ever from winning their first Premier League title of the post-Ferguson era. Their squad is not without talent but it is patently inferior to most of their rivals’. 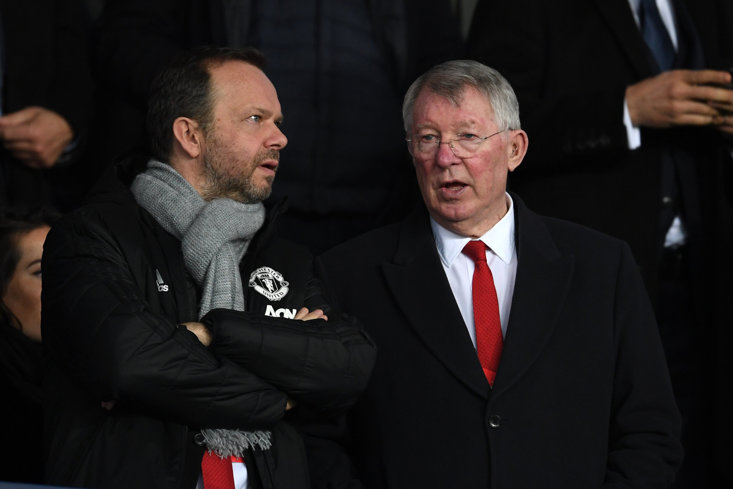 Much of the responsibility lies with executive vice-chair Ed Woodward, an astute businessperson who should not be in charge of the club’s recruitment. United were supposed to be appointing a technical director to oversee transfers around the time of Jose Mourinho’s departure in 2018, but the position remains unfilled. There are issues above Woodward too, with the Glazers still hugely unpopular among supporters for their apparent prioritisation of profit over performance.

Nevertheless, it remains the case that United could do better than Solskjaer as manager. The club continue to insist that they retain faith in the Norwegian and will not panic over results in the short term. Yet while it is admirable – and overdue – for United to put in place a long-term strategy, it is not clear that Solskjaer is the right man to front it, particularly when Pochettino is out of work and available.

Had things worked out differently, the Argentine might already be pacing the Old Trafford technical area. As Louis van Gaal’s reign neared its end, Pochettino was seen leaving a restaurant with Alex Ferguson, the legendary Scot being said to have told the then-Tottenham boss that Mourinho was the club’s choice to replace the Dutchman but that he could still manage United further down the line.

Then, when Mourinho was sacked midway through 2018-19, Pochettino was immediately installed as the bookmakers’ favourite to succeed him. That made sense: after all, he had transformed Spurs’ fortunes during his time at the club and was considered likely to be receptive to the chance to join one of the world’s biggest sides.

Instead, Solskjaer’s superb work as caretaker manager meant he was handed the reins full-time, a decision that looks like a bad one in retrospect. But Pochettino made an unexpectedly poor start to his sixth season at Spurs, resulting in his dismissal in November. That means he is available once more – and United should not miss the chance to employ him in Solskjaer’s stead.

Shortly after his Spurs sacking, Pochettino made it clear that while he would be willing to listen to all offers, he's not looking to spend too long out of the game.

“I am open to listen to the projects that are presented to me but my intention is to manage in Europe again,” he told Argentine media. “At my age one does not need much time to recover. There are a lot of clubs and attractive projects for me to take on.

“For the time being, the most important thing is for me to clear my head after five-and-a-half incredible seasons with Tottenham. My aim is to rebuild myself and get my self-motivation back."

Two months on, he remains out of work and in Solskjaer's shadow. A man so suited to the task at hand at Old Trafford is just sitting there, waiting for the call.

To allow Pochettino to be snapped up by another club would be negligent in the extreme.