Football
Features
The football snapper has been a part of the most memorable footballing moments
Elliott Bretland
16:00, 26 Dec 2020

From witnessing Diego Maradona introducing Vladimir Putin to Pele, to being in the France dressing room after they lifted the World Cup in 2018, Michael Regan’s career as a Getty photographer has unlocked a treasure trove of opportunities a football fan would kill for.

The ribbons taken from his beloved Leicester’s Premier League trophy and a World Cup matchball signed by Kylian Mbappe are among some brilliant mementos Regan has been able to collect, but the best without doubt are the thousands of pictures he has taken at some of the biggest football matches on the planet.

Here, he exclusively speaks to The Sportsman about his experiences behind the lens working with FIFA, England and the Premier League, to get up close and personal with football’s biggest names...

As a lifelong Leicester City fan what was it like being there when they surprised everyone by winning the Premier League title?

That was something else! Growing up, my Dad used to take me every other Saturday and drag me around all the pubs; we’d get to the game late and leave early so there wasn’t a queue at the bar.

If I never take a photo again, I don’t care. I photographed the presentation from an exclusive position and it was brilliant to be in the centre of all that. You kind of get to be the conduit. Fans remember moments via pictures of those moments. Growing up I used to look at a picture of Steve Walsh when he scored the winner against Derby in the 1994 play-off final and that picture was so important to people... for me to be taking the iconic pictures people will remember for the rest of their lives was just as good as it could ever, ever get. It was like hitting the jackpot. 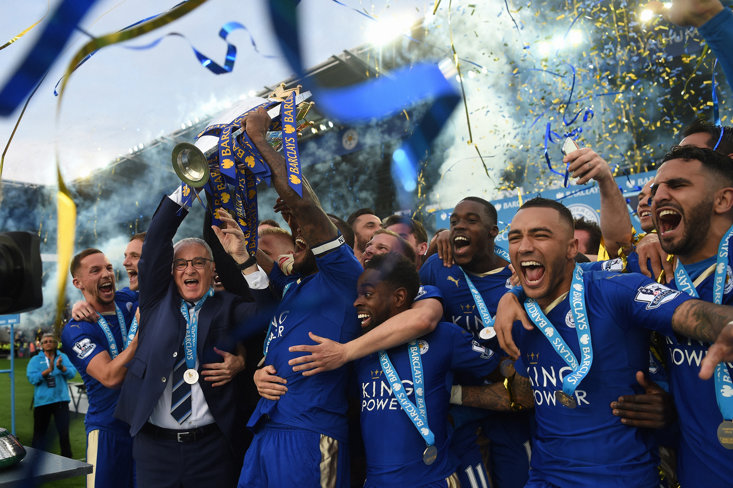 How has the pandemic affected how you work?

Hugely. You go to the game and it is so surreal, there is no culture going on around these games because there is such a huge element missing without the fans. That said, there is more importance on making sure you capture moments for people because if you don’t get it, no one will. You feel so privileged. You can’t help but feel you need to do justice to all the photographers and fans who can’t get in.

I thought it would be really difficult to concentrate with no noise from supporters but now you can actually hear everything a player says and it unveils a whole other layer of the match. It’s fascinating. There’s a story to tell no matter what happens. These scenes aren’t going to last forever and they are going to be iconic. They might pass you by now, but in years to come they’ll be standout images that sum it all up.

Besides Leicester’s title triumph, what is the most memorable moment of your career?

The World Cup final was brilliant because we had exclusive positions throughout the tournament - honestly we could do whatever we wanted. The final was great, I sat in the right place and stuff happened for me.

After the match, I had access to the France dressing room and we did some portraits of the players. They were loving them. To watch World Cup finals as a kid and later as an up-and-coming photographer, to then have ‘access all areas’ was surreal.

The portraits are personal images of the greatest moment in that player’s career. Did you have much contact from them, when they wanted the pictures for their homes, for example?

You still see those images now on players’ Instagram handles and that’s always the indicator that they’ve gone down well when they pop up as their profile picture. As soon as we shot them the French Football Federation wanted copies to distribute. I see players now, maybe Paul Pogba or Hugo Lloris, and they’ll remember the pictures because they did go down so well with everyone. 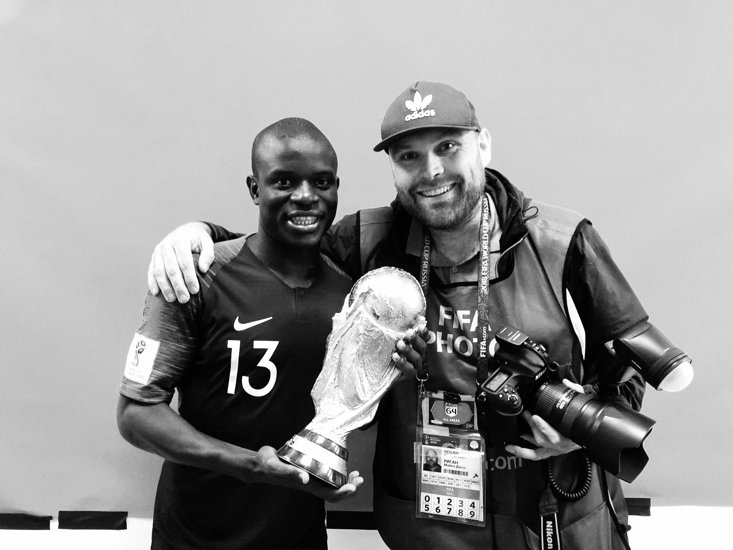 I’ve read you’ve been in surreal situations like being in Sam Allardyce’s kitchen and among Vladimir Putin’s inner circle. The job is so much more than the 90 minutes isn’t it?

You end up in some bizarre situations and places you could never have dreamt you’d be.

When you’re there watching Diego Maradona before the World Cup draw and Putin walks in wanting to meet these football icons… Maradona literally grabbed him by the hand, dragged him round, introducing him to everyone, and got him a picture taken with Pele. At the time you’re just concentrating and thinking ‘Oh my God, I need to get a picture of this!’ but it’s only afterwards you almost look at your own pictures to see what it was like and think ‘was I really there?’

There were times in Brazil ahead of the World Cup, photographing footballing favelas, and you end up at some sort of party on top of one in Rio De Janeiro and you think ‘How did I end up doing this?’ Football is such a global game, it’s so important to everyone and it’s amazing where it can get you. 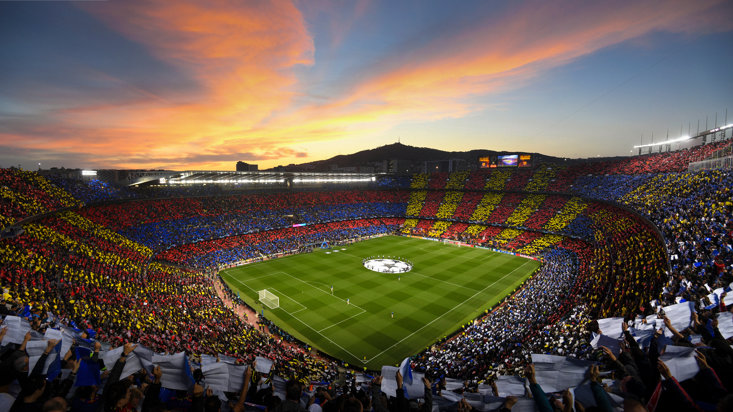 What is your favourite stadium to photograph?

I’d say Goodison Park is up there because of the atmosphere, an old stadium with four different stands. I love Sheffield United for exactly the same reasons. The Nou Camp, that’s old, it’s got a lot of character.

The San Siro is a horrible place to work but I love going there; it’s really messy, that ground level of ad boards and corporate boxes and god knows what else, it’s difficult to take nice clean pictures but it’s worth the hassle because it’s the San Siro. A lot of photographers would say Arsenal is the best place to work because the lights and positions are good but I’d rather have a little trouble at Everton.

Have you got a favourite photo which trumps everything else?

My number one has to be Leicester lifting the league, but aside from that my favourite is a picture I took of a dad and lad watching West Ham’s last-ever game at Upton Park from their flat window.

For me, because I love football culture and how important it is to people, it says something about the fact these brilliant stadia are being taken down and replaced by new grounds, away from housing. And that picture said something about where football sits in the community. I was so pleased with that picture and it was taken three days after the Leicester one, so it was a decent week!