Football
Features
There was no room for Jamie Vardy or Wayne Rooney but look at this for a line-up
Elliott Bretland
07:01, 23 Dec 2019

The last ten years of the Premier League have been packed with plenty of talent.

However, there is only room for eleven names in The Sportsman's Team of the Decade...

Here, we run down our picks for the star-studded line-up.

The goalkeeper has been a bright spot in a largely dire decade for Manchester United (by their standards at least!)

A regular match winner, De Gea has earned countless points for the Red Devils with some stunning saves since signing from Atletico Madrid in 2011.

The Spaniard won four Player of the Year awards in five years, single-handedly racking up points for an otherwise-underwhelming United side.

A savvy signing from Espanyol, he actually arrived a day before Manchester City’s takeover and then came to be one of the players who embodied the club’s transformation.

Extremely hard-working and a tough tackler, his industry endeared him to supporters while his loyalty was second to none.

Having made 333 appearances for the Cityzens, he gave his best years to the club and was a leader without wearing the armband.

It feels like Van Dijk is still a relatively new phenomenon in terms of being the best centre-back in the Premier League but the Dutchman has been bossing England’s top division since joining Southampton from Celtic in 2015.

The Liverpool defender is a machine, and his arrival at Anfield ultimately transformed Jurgen Klopp’s side into an unbeatable powerhouse.

A Champions League winner and leader domestically, the 2020s could be even better for the 28-year-old.

Captain Fantastic is one of the most important players in Manchester City history.

Skippering the side, he was a winner, hungry for trophies and demanding high standards.

Exceptional in the tackle and a warrior in the air, it was clear he would run through brick walls for City. Kompany’s stunning strike against Leicester to clinch the title last season was a beautiful ending to one of the most storied spells in the Premier League.

Solid and dependable for almost an entire decade, Azpiliceuta is the ultimate utility man at the back and, for that reason, he slots in to our team on the left.

His tireless energy and positional alertness have made him a nightmare for the opposition.

The Chelsea icon, affectionately known as ‘Dave’, missed only two Premier League matches between August 2015 and May 2019, adding unquenchable consistency to his armoury. 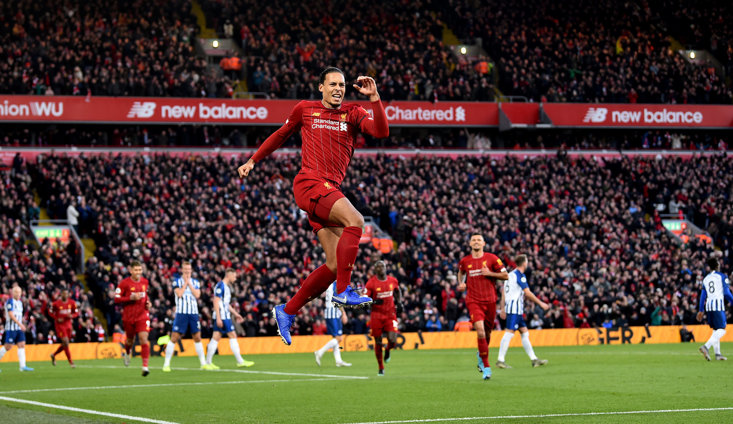 Adored by many, but still somehow one of the most underrated players of the Premier League era.

A magician with the ball at his feet, his ability to turn on a sixpence and play balls through the eye of a needle is truly out of this world.

His level of consistency is incredible and he is still a vital player as he enters his 10th year with the club.

Plucked from the French second division, the diminutive midfielder was an integral cog in the extraordinary Leicester City side which won the title.

Moving to Chelsea, Kante is perhaps the best at what he does and often proves impossible to get the better of.

He doesn’t give the opposition an inch and his energy levels are absurd. One of them more understated superstars of the modern game.

The driving force behind Manchester City’s rise, he would steamroll through midfield and always had a screamer up his sleeve.

While he always looked nonchalant, he turned in tireless performances in the middle of the park and kept the ball ticking over.

The heartbeat of one of this country’s most successful teams, Toure will define City’s dominant era years from now.

Kevin De Bruyne is unlucky to miss out but, for sheer impact, Yaya is the man.

Long fancied as the best player in the Premier League, Hazard was unstoppable on his day and a real talisman for Chelsea.

His ability to beat a man with a deceptive drop of the shoulder helped to make him one of the best playmakers of the decade.

A player of genuine skill and ingenuity, Hazard scored some dazzling goals and was the standout at slaloming his way towards goal.

Another underrated player in the grand scheme of things, his record is astonishing and he is the best striker in the Premier League of the 2010s.

Still just 31, he is only single figures from besting the Premier League goals totals of Thierry Henry and Frank Lampard. That should say it all.

A poacher and marksman, he is also capable of scoring stunners from any distance and every angle. He also happened to score the goal that defined the decade.

Perhaps the player who changed perception the most in this team, Kane proved to be the complete antithesis of the ‘One-season wonder’ some had him down as.

Kane’s link-up and nous as a targetman is also exquisite. He is the ideal foil for Spurs, making every player around him better.