The Premier League 19/20 is finally wrapped up, the final day of the season duly providing all the thrills and spills the football fan demanded. Though the champions have been basking for a good few weeks now, July 26 congratulated Manchester United and Chelsea with Champions League places, and said goodbye to Watford and Bournemouth, who dropped down the divisions with the already-relegated Norwich City.

The team that was reprieved, Aston Villa, spent a gargantuan amount in transfers upon their promotion in Summer 2019, but instead of procuring success and solidity, the west Midlands outfit were embroiled in a hard-fought relegation battle throughout the campaign. Aspirational Aston Villa contributed an eye-watering £133.25million, the highest net spend of the clubs in the top tier, to the £1.4billion summer market. A further £188m was spent the following January across the division. Other league transfer purchases were of course far more productive, the pick of the bunch The Sportsman has selected below.

We’re keeping the list to new arrivals, and not those who were previously on loan at their club before the season started. Therefore sure fires Messrs Ings, Ayew, and Jiménez are not eligible for inclusion. 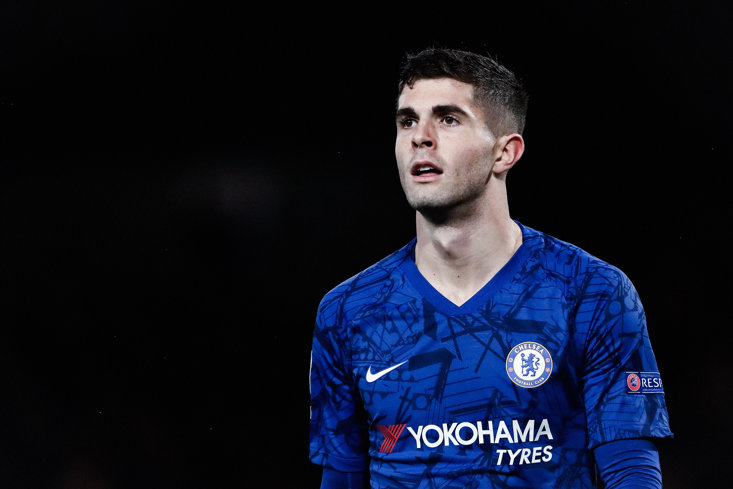 It’s been a rocky road for the pro from Pennsylvania, with a huge heap of expectation placed on his young shoulders following Chelsea’s snatch and grab for the £58million midfielder to make him the most expensive American player in history, ahead of their transfer ban. No, he isn’t Eden Hazard, he was never meant to be, but his startling performances amidst perpetual niggling injuries. eventually desisted the comparisons with the brilliant Belgian, bagging four goals and five assists post-lockdown. Pulisic could well become the Frank Lampard Project’s jewel in the crown.

What a season it has been for Spurs. We for one can’t wait for it to be encapsulated in the brand new Amazon TV series All or Nothing. While certain summer signings struggled, Lo Celso has became part of the Lilywhites furniture, surviving the departure of gifted gaffer Mauricio Pochettino and the arrival of brilliant b*stard José Mourinho, the latter later saying he ‘wouldn’t change Giovani Lo Celso for any player’ in the league. Despite, like Pulisic, having had a stuttering start where a hip injury prevented him from having an immediate impact, Lo Celso has become a regular presence and provided some grounding in a turbulent campaign. Tottenham made midfielder Lo Celso's loan move from Real Betis permanent in January, completing a £27.2m transfer for the Argentine with a deal to keep him in north London until 2025. 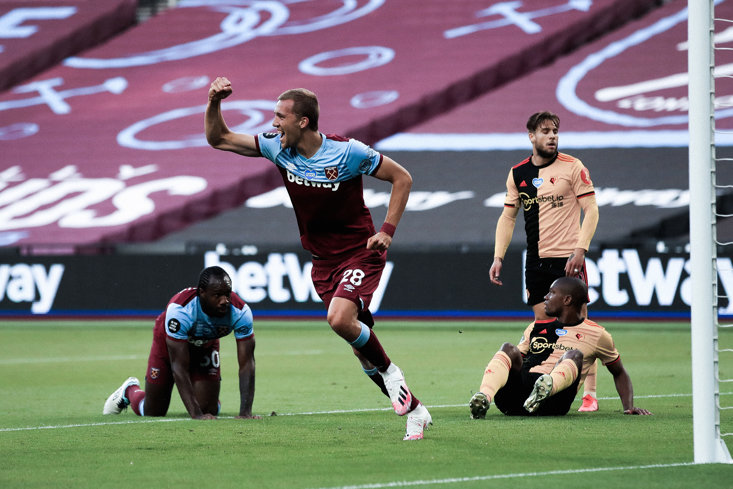 An impressive second half of the campaign from new Hammer, Czech Republic midfielder Tomáš Souček, undoubtedly contributed to West Ham’s escaping the swirling vortex to higher ground after he arrived on loan in the winter.

Souček has been duly awarded with permanent residency in east London, purchased by David Moyes & Co. from Slavia Prague for £19.1m, the 25-year-old agreeing a four-year deal. Souček has provided a core, heart, and defensive solidity in the centre of midfield, even scoring on three occasions as the Irons ensured safety and a ninth successive Premier League season with a game to spare.

"Soucek has been a really good fit for us," manager Moyes said.

"When I came in, I talked about needing another midfield player to help Declan Rice and Mark Noble.

"He's a terrific lad with very good physical capabilities and has scored some really important goals, against Chelsea, Newcastle and Watford. We're glad he's going to be a West Ham player for a good period to come." 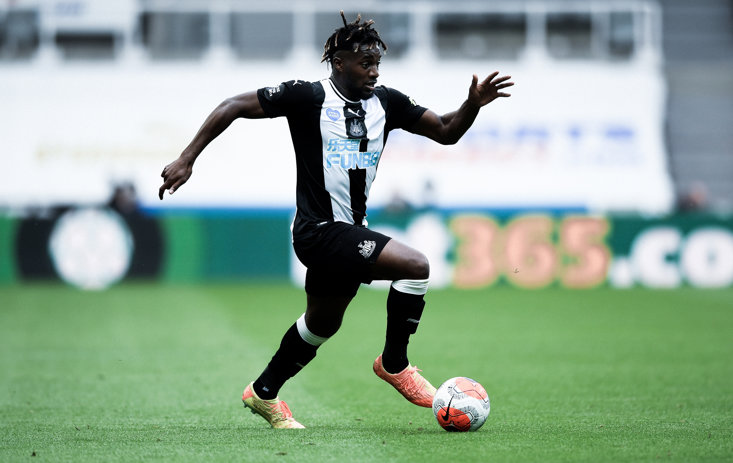 ‘His legs flail about as if independent from his body!’ was how Chandler Bing reasoned his irrational fear of Lord of the Dance himself, Michael Flatley. You could use the same description to describe Newcastle United’s new cult hero, Allan Saint-Maximin, for there has been no more entertaining a player than the Frenchman this season.

He joined Newcastle as his third club in two years and it wouldn’t be at all surprising if he’s on the move again following his flamboyant, eye-catching performances that have helped Newcastle have a solid campaign. On August 2, 2019 Saint-Maximin joined the Toon on a six-year contract from Nice for an initial £16.5m, making his debut nine days later in Newcastle's defeat to Arsenal on the opening day of the Premier League season. He and his burgeoning adoring posse had to wait a good four months for his first goal, when, on 5 December 2019, Saint-Maximin scored in a 2–0 win against Sheffield United.

He may not have the most prolific of returns for a forward/ winger in his debut season, but he rewarded watching fans (both home and opposition) with his bamboozling brilliance, unrelenting hamster-wheel-like energy, and generally just leaving everyone buoyant. The Frenchman also scored the winning goal in Newcastle’s 1–0 win at Southampton in a Premier League match on 7 March 2020 and memorably provided three assists in a single game, in the Magpies 4–1 win over Bournemouth at the beginning of July. 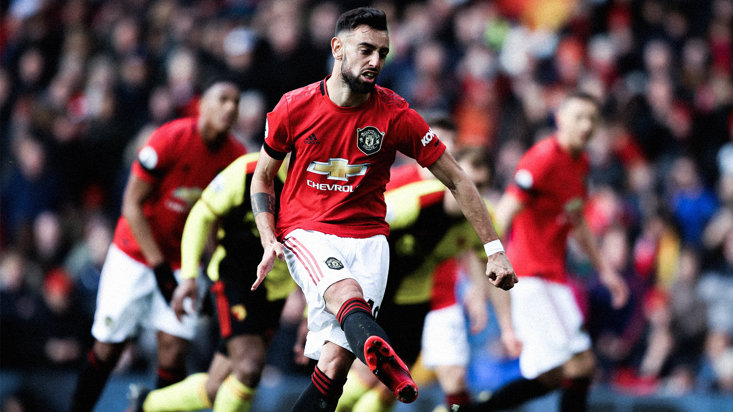 After a long, arduous pursuit to rival Tommy Lee Jones in The Fugitive, Manchester United finally got their man halfway through the season, and what an impact he’s had! Not only has the regularly radiant, prancing Portuguese and his forward-thinking dynamism had a frankly remarkable output - 15 goal involvements in 14 PL appearances, a 50% contribution to the side’s yield - he’s eased the pressure on teammate and the division’s record-signing Paul Pogba, his now partner-in-crime of the Red Devils lungs.

“We have to admit that he’s come in and been a massive influence,” said Fernandes’ manager Ole Gunnar Solskjær in the aftermath of securing a podium finish in the Premier League on the final day of the season, “A massive impact. He’s been fantastic, scoring goals, creating goals, but also his enthusiasm and mentality around the place has helped.”

And he’s only just got started...