“Johan Cruyff was an innovator and this play will also break with the convention of musical,” theatre producer Tom de Ket tells The Sportsman of his intriguing plans to feature the story of one of football’s biggest names on stage. Yes, that’s right. Johan Cruyff… the Musical!

The production, 14 de musical, named after the former Ajax and Barcelona star’s iconic shirt number, will explore the life and times of Cruyff, both on and off the field, in acting, song and dance. The icon of Total Football, as well as a thoughtful, strong-minded and even enigmatic character, he is a national hero in Holland and makes for a fascinating lead character, says De Ket.

“Johan is by far our most famous person. I was surprised there wasn’t a play made about him already, there are movies but no musical. I was asked by the production company and it’s a brilliant idea - if you get into his character, he was very theatrical, a walking paradox. There’s a lot of drama in his life. From the birth of the turn on the pitch which became synonymous with his name to nearly losing his money after investing in pig farming, this musical will tell the whole story in a script about ambition, love and friendship but also jealousy, loneliness and betrayal. 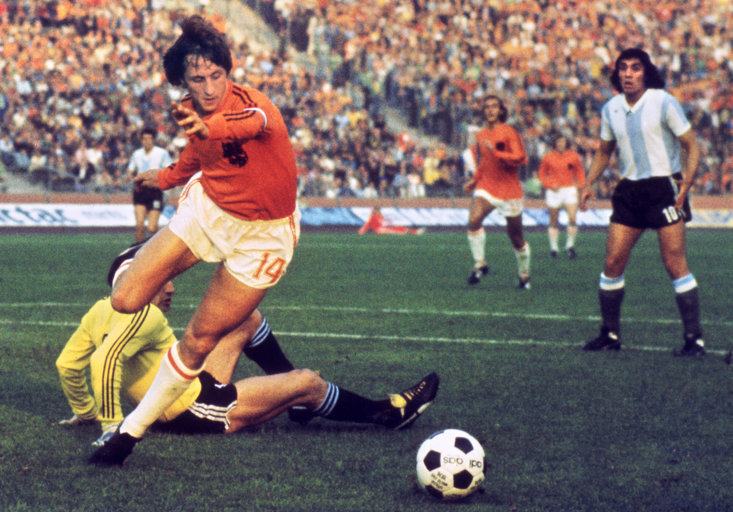 CRUYFF IN THE 1974 WORLD CUP FINAL AGAINST ARGENTINA

While Cruyff’s football story is written in the annals of history, his personal life continues to fascinate following his sad passing from cancer four years ago at the age of 68.

“Everybody in Holland knows something about Cruyff,” says De Ket. “I have read over 100 books about him. There is even a scientific book just out by a professor, with a scientific approach of all his sayings, it’s about 300 pages!

“I was surprised by some stuff, which isn’t really known about him, for example he lost all of his fortune in business deals, and was forced to play football again.”

At 31, he played Stateside for the Los Angeles Aztecs and Washington Diplomats before a short spell with Levante in Spain. He also returned to Ajax before a year with Feyenoord. Cruyff later went into management, revolutisioning the game with his unique brand of football and leading the way for Ajax and Barcelona to play beautifully well into the 21st century. 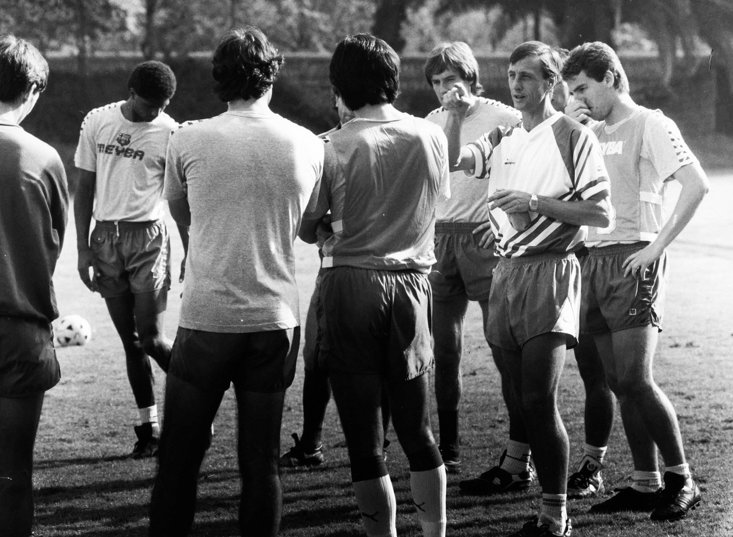 RESHAPING BARCELONA AS A MANAGER

Hugely respected, Cruyff was a man who knew his own mind and wasn’t afraid to speak up.

“He was an idealist and had a lot of opinions but he felt a lot of times misunderstood, in his life he had conflict, everyone knows about his conflicts with the boards, managers, the referees,” De Ket explains.

“Then there was the conflict of him becoming the manager of the national team which never happened. He had no respect for authority, which is very interesting because for the people of Holland it counts a lot because we are all about equality, we only have respect for the Queen but that’s it!” he laughs. 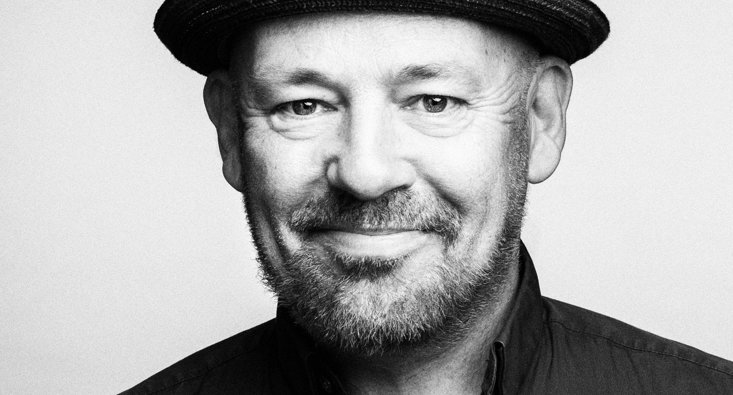 So why is Cruyff such a national icon?

“That is a very important question and what the play is all about,” he adds. “What does that say about us? I think because he talked with a president or a labourer the same way, he didn’t care and I think that is why we love Johan.”

Cruyff’s character won’t sing in the play, De Ket revealed. However, back in 1969, at the height of his fame, the Holland international actually released the song Oei Oei Oei (Dat Was Me Weer Een Loei) which translates into ‘Oh, oh, oh, yet another blow’ which was about seeing his cousin lose a boxing bout before being short-changed at the pub!

However, De Ket has his reasons for steering stage Cruyff away from singing, “Everybody knows he couldn’t sing! He once made a record which was TE-RRI-BLE.”

Instead, he will probably rap, “Cruyff was always talking, talk, talk, talk so musically right now, we are developing a sort of spoken word, a kind of rap because he also had his own slang... everybody can imitate Johan Cruyff in Holland.

“The play will be a mixture of things, it will be a very dynamic play. When looking at his personal life, it will be like looking at a football match and the music will be from the sixties and seventies, pop, rock driven beats.” 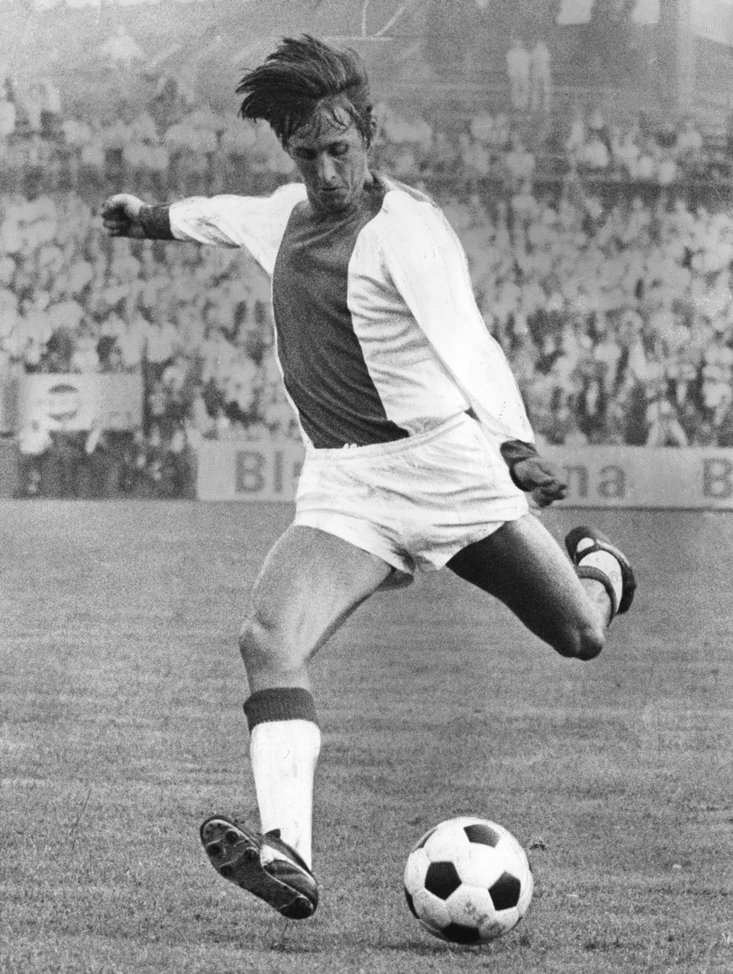 CRUYFF IN HIS HEY-DAY WITH AJAX

De Ket's previous musical productions include 'Mammoet' and ‘FIFA, Blatter, the fall of the football emperor’ in 2017 and it’s all systems go for his latest theatre show which is expected to open next September at the AFAS Theatre in Leusden, south east of Amsterdam.

“We’re designing everything now and they are building a theatre just for this, it’s going to be a huge production. We’re in the middle of making songs, scripts and casting and we’ve just got some sketches of all the clothing. It’s very exciting!”

Johan Cruyff created Total football, and now his name will be sung in total theatre.