Football
Features
Trevoh Chalobah and several other breakthrough stars have made their name in the second tier
Simon Lillicrap
08:32, 21 Aug 2021

The Championship has always been the golden child of the Football League, but now Premier League clubs are finally realising the value of the league that provides so much talent to the top flight. This season in particular, we seem to be seeing the emergence of Premier League players who have seized a first team spot in the top flight having enjoyed a successful season in the second tier.

Trevoh Chalobah spent time in Ligue 1 last term with Lorient but cut his teeth in the Championship with two relegation battlers, finishing bottom with Ipswich in 18-19 and only just avoiding the drop with Huddersfield a season later. Even though these loans may not be seen as successful at first glance, the amount a player is forced to improve and mature amid the tension of a relegation battle is undeniable.

Now, at Chelsea, he has forced his way into the starting line-up of the European champions, and taken full advantage of the injury absence of Thiago Silva. He scored on his debut, and brought tears to the eyes of Romelu Lukaku in the process, but he has now been trusted by Thomas Tuchel and could nail down a place in the Chelsea first team, just as Mason Mount did before him.

The English midfielder starred for Frank Lampard at Derby County, helping them into the play-off final before being given his opportunity at Stamford Bridge by the same manager. Under Tuchel and England boss Gareth Southgate, he’s proven himself to be a reliable force in the midfield.

Marc Guehi may not have made it through to the first team at Chelsea but he has earnt the club £21m after his permanent move to Crystal Palace this summer. Now he is in Patrick Vieira’s first team and is ready to shine in the Premier League having flourished in the second tier for Swansea last term. That loan, under Steve Cooper, completely changed his career, despite the obvious talent he had shown in Chelsea’s youth teams.

Across London, Oliver Skipp has taken Tottenham’s midfield by the scruff of the neck and was inspired in their opening day 1-0 win over champions Manchester City. He looks like he can play a key role under new boss Nuno Espirito Santo but came on in leaps and bounds on loan at Norwich last season, and was a key reason why they won the Championship title. Emile Smith Rowe also flourished at Huddersfield despite their struggles and is now a key member of Arsenal's squad, and history is littered with these success stories. 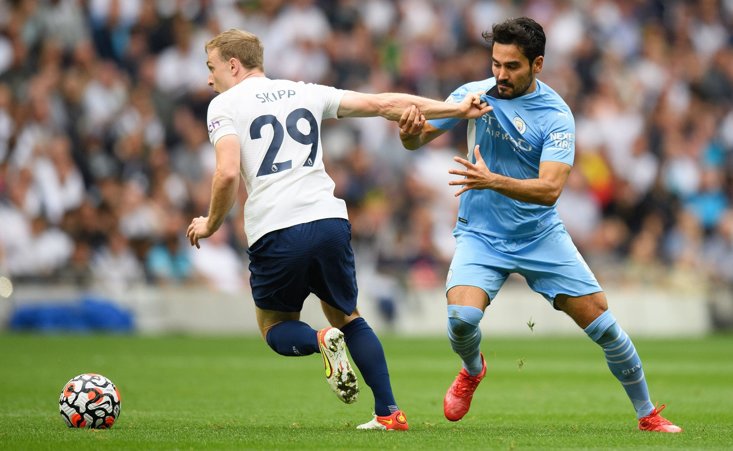 Having seen the success of Skipp, now the Stamford Bridge club will be hoping one of their star midfielders, Billy Gilmour, can return from Carrow Road ready for their first team after a successful season in East Anglia. In the second tier, Chelsea will be hoping that this season, Jake Clarke-Salter and Ian Maatsen at Coventry City can follow in the footsteps of some of their successful loanees, while Birmingham City have welcomed Manchester United’s Tahith Chong to St Andrews.

It is the Blues that have the most loanees in England’s second tier (at the time of writing) with five, while Arsenal, Brighton, Liverpool, Man Utd and Wolves have three and Norwich and Watford have two. This is a mutually beneficial relationship for all clubs, and the individual player involved.

We know the Premier League is now littered with players who have risen through the EFL ranks, and out of the 26-man England squad that made it to the Euro 2020 final, 23 of them either made their senior debut in EFL competition or have been part of an EFL academy. The Football League is the backbone of the English game, and now Premier League clubs are finding that their youngsters who are given the chance to play in it, come back stronger, wiser, and ready to take on the top flight.