A ferocious storm straight from the heavens hit west London on Wednesday 22 September 1993. Craven Cottage was preparing for a 7.45pm midweek kick-off between Fulham and Liverpool, in the first leg of a second round League Cup fixture. Torrential rain would keep many a fan away. Those who remained and braved the elements would be witness to the first appearance of another natural phenomenon sent from the ether. In attack is a Liverpool debutant, an 18-year-old striker from the city, and he’s ready to set the tone for a club career which will endear him to every single Kopite. This is the Toxteth Terror. This is Robbie Fowler, and he is about to score on his debut for Liverpool.

“We will do our best to make sure his life does not change one bit, I do not want to go overboard about him,” said gaffer Graeme Souness, “but I think he's going to be very special.”

‘Special’ Fowler would indeed become. He even scored each of the five goals in the return leg of the tie. For Liverpool, the 1990s was a decade of relative disappointment after being English football’s apex predator. Robbie Fowler, however, was a rare bright light. On the anniversary of that blistering debut we give you the man known as ‘God’ on the red half of Merseyside in numbers….

The age at which he signed professionally for Liverpool. A boyhood Everton fan from L8, Fowler would eventually begin playing for Liverpool boys as an 11-year-old in 1986, and was awarded a pro contract six years later. Kenny Dalglish, the man he would ultimately emulate in the goalscoring stakes for the club, would even ferry a teenage Fowler back to the Toxteth estate in his Mercedes.

A truly sensational club-level striker, Fowler scored more than 30 goals in three consecutive seasons, up until 1997. To this day he remains the only player to have scored 30-plus goals in his first three full seasons in England, scoring 98 goals in just over three years.

That famous hat-trick. If any more was needed to know that Robbie Fowler was determined to cement himself in Liverpool folklore, a Premier League match against Arsenal as a fresh-faced 19-year-old in September 1994 saw the Liverpool striker score what was then the EPL’s fastest ever hat-trick, in a blistering four minutes and 32 seconds. The record stood for a monumental 21 years before it was broken in May of 2015 by future beloved Liverpool forward Sadio Mané, who was then at Southampton. 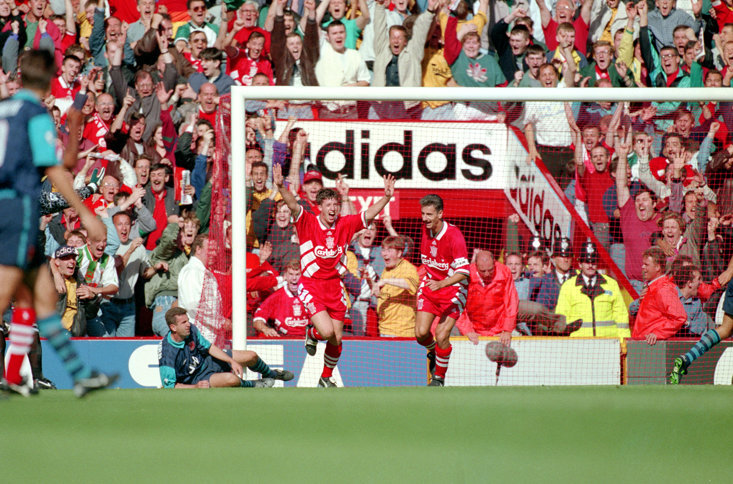 Uefa Fair Play Awards received by the striker. In March 1997 at Highbury, Fowler appeared to be brought down in the box by the Arsenal goalkeeper David Seaman, and was awarded a penalty. However, Fowler implored the referee to rescind the spot-kick, explaining that he had tripped and fallen over. The ref refused. His tame penalty was saved by David Seaman but Jason McAteer scored the rebound. He apologised to Seaman and was awarded a commendation from UEFA for his honesty.

The six-match ban he received in 1999. Fowler was on the receiving end of a hefty punishment after two separate incidents in the spring of that year. The penalty was combined from a suspension for four games and a then-record £32,000 fine for mimicking cocaine use when he 'snorted' the white line of the penalty area on the Anfield pitch after scoring in the Merseyside Derby, in response to taunts from Everton fans who accused the player of taking drugs. It is a celebration that has gone down in infamy.

The other two-game ban stemmed from a bust-up with Chelsea's Graeme Le Saux, when Fowler made a gesture with his backside which appeared to question the England full-back's sexuality. With a somewhat controversial nature that seemingly helped endear him further to the Kop, two years prior Fowler had fallen foul of the powers that be for a much more admirable remonstration. Fowler was fined £900 by Uefa in March 1997 for his show of support for striking Liverpool dockers. After scoring his second goal in Liverpool's 3-0 Cup Winners' Cup win over Brann Bergen of Norway, Fowler lifted up his red Liverpool shirt to display a T-shirt which read: ‘Support The 500 Sacked Dockers.’ Demonstrating a player with a conscience, even Uefa reflected on the punishment: “It may seem strange and even unfair..." 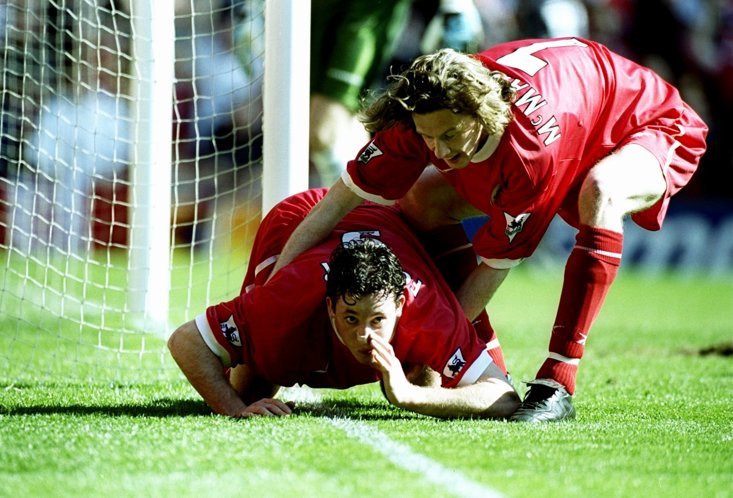 The shirt number he will always be synonymous with, Fowler remains Liverpool’s archetypal number nine - particularly of the Premier League era - as the bonafide successor to club legend Ian Rush. Despite sporting the number 23 early in his career, his legacy as the ‘9’ has not been tainted, unlike many of those who have inherited the shirt. He scored a total of 183 goals for his beloved hometown club across the two stints.

His most successful season with Liverpool in which the club achieved an FA Cup, League Cup, and Uefa Cup treble, with Fowler hoisting the trio of trophies as captain. But the following season started badly. A training ground bust-up with Liverpool assistant manager, Phil Thompson, and an unhappiness with how he felt he was being dealt with by Geard Houiller led to Fowler leaving Liverpool for Leeds. He spent two years at the Elland Road club before moving to Manchester City for three years, and returned to Liverpool in the summer of 2006  for the farewell he’d been denied the first time round. 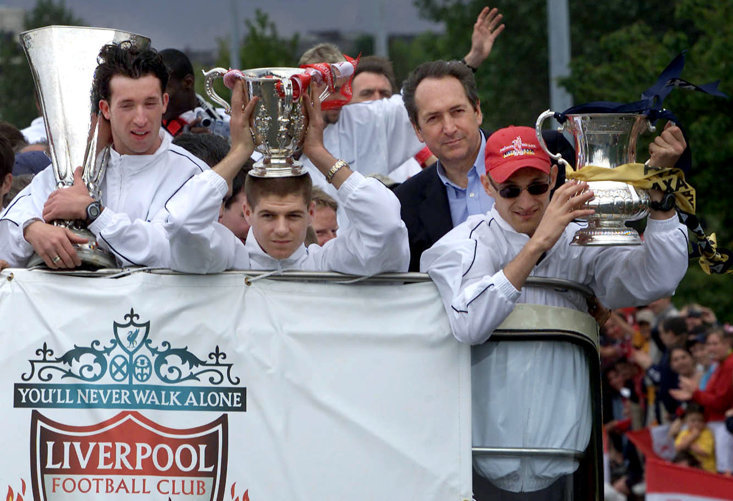 May 13, 2007 marked Fowler’s last-ever appearance as a Liverpool player, in a game against Charlton Athletic. Fittingly, he was awarded the captaincy by manager Rafa Benitez and was substituted two minutes from time in order to receive a standing ovation before undertaking a lap of honour with his four children. Agonisingly, he couldn’t cap his last Liverpool game with a goal, and was substituted mere moments before the Reds were awarded a penalty from which Harry Kewell levelled the score.

His estimated personal wealth thanks to his property empire. We continually hear of tales of woe from footballers going bankrupt when the show stops, but Fowler’s is a watermark success story. His property empire, which burgeoned in his post-playing days, began by buying whole rows of cheap terraced housing in Oldham, before moving into the luxury market. His return has been recently estimated at more than £31m. To the tune of the Beatles’ Yellow Submarine’, altogether now, 'We all live in a Robbie Fowler house'...