Manchester United entered the summer transfer window needing to strengthen in four positions. After Edinson Cavani’s contract extension eliminated the need for an incoming striker, most analysts saw defensive midfield, centre back, right back and right wing as the areas in need of improvement.

Tom Heaton arrived first, as a replacement for the departing Sergio Romero as third-choice goalkeeper. But then United kicked into high gear, bringing the Jadon Sancho saga to a close to ease their woes on the right side of attack. World Cup winner Raphael Varane was brought in as a classy addition to the centre of defence. Rumours swirled over Kieran Trippier arriving to strengthen at right back, while midfielders as diverse as Eduardo Camavinga, Saul Niguez, Leon Goretzka and Ruben Neves were all linked with Old Trafford moves. So with less than a week remaining in the window, it was somewhat surprising to see Cristiano Ronaldo become Manchester United’s fourth summer buy.

From an emotional standpoint, the transfer makes perfect sense. As recently as Friday morning, it looked like the Portuguese great was going to do the unthinkable. Reports emerged that a deal taking the forward from Juventus to Manchester City was verbally agreed, and mere hours away from being signed. Manchester United fans were in uproar, one supporter going as far as burning a shirt with the player’s name on the back. The Old Trafford faithful had been here before, with Carlos Tevez’s 2009 move across Manchester still sung about in bitter terms to this day. 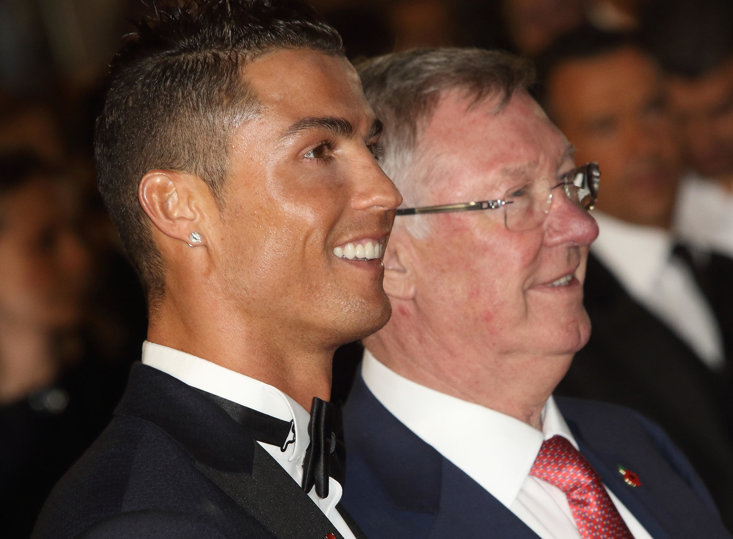 There was one more twist in the tale of this seemingly impossible transfer. It has emerged that Sir Alex Ferguson intervened, and went to work convincing Ronaldo that his United legacy would not survive a move to the Etihad. Rio Ferdinand, Patrice Evra and Bruno Fernandes joined the charm offensive, convincing the five-time Ballon d’Or winner his future lay in the red half of Manchester. By the time manager Ole Gunnar Solskjaer gave his Friday afternoon press conference, he spoke about his former teammate with the sort of confidence that suggested United were about to get their man. Just before 5pm, United ended a fervent day of football news by declaring Cristiano Ronaldo would once again be a Manchester United player.

Away from the spared blushes and the legacies that will now go untarnished though, this is a bizarre transfer. Since the deal to bring in Varane from Real Madrid was agreed, the talk out of Old Trafford has been that any further incomings would hinge on United selling players. However, the only exits so far have come on loan, and United are yet to receive a fee for a player this summer. This has precluded moves for players in United’s problem positions, despite Saul reportedly being available on an initial loan, and Rennes’ willingness to negotiate on Camavinga as he enters the final year of his contract. Despite Fred and Matic underperforming in last Sunday’s 1-1 draw with Southampton, and Scott McTominay sidelined with an injury, United were steadfast in not pursuing a midfielder.

The club were willing to pay a fee for their returning legend though, reportedly reaching £19.4 million if various add-ons are triggered. Once the initial joy begins to wear off, the Red Devils fanbase may begin to question why the club pleaded poverty over a midfield acquisition, but were willing to shell out a fee to avoid the embarrassment of Ronaldo playing for their Manchester rivals. Since Solskjaer took the reins from Jose Mourinho, United have changed the way they conduct their transfer business. Less has been made of signing big names, smart buys like Aaron Wan-Bissaka and Bruno Fernandes replacing glamorous shirt-sellers like Radamel Falcao and Angel Di Maria. But the chance to reunite with a club legend, irrespective of where he fits into the team, has seen United officials allow their hearts to rule their heads.

Of course none of this is to say that what many are calling ‘The Last Dance’ won’t work. Ronaldo has scored goals wherever he has been, even at Juventus where his tenure has been branded a failure, despite the forward recording a frankly ridiculous 101 goals in just 134 games. Even at 36, a determined character like Ronaldo will be desperate to prove he still has the ability to dominate the Premier League. His signing raises questions, and leaves United with significant holes they don’t look like filling in this window. But with Cavani declaring his intention to continue turning out for Uruguay despite strict quarantine rules, perhaps a ready-made world class forward is more of a requirement than a luxury. And when the man who burst onto the world scene in United red returns to Old Trafford, there is a very good chance the cheers will drown out anyone asking “but what about a midfielder?”.