Rugby
Features
The safety concerns are justified in such a physical sport, but rugby union could be the trendsetter
Kris Voakes
10:32, 20 Aug 2021

Ian McGeechan is one of the latest high-profile rugby union names to call upon the sport to limit substitutions. Having joined with the likes of Gareth Edwards and Barry John to publish an open letter to World Rugby, the former British and Irish Lions coach has reopened a topic which has been crying out for attention across multiple sports for years and must be addressed urgently.

Rugby union’s gradual switch to allow eight substitutes over recent decades has led to increasing concerns about safety for those tiring starters who are suddenly faced with half a team of fresh opponents running at them at full pelt, most of them weighing well over 100kg and threatening a fair old impact as a result.

Former Lions skipper Sam Warburton once argued that “if something isn’t done soon, a professional player will die during a game in front of TV cameras,” and there have been other expressions of concern regarding the knock-on effect of extending substitutes benches.

The push to make sports supposedly more watchable by increasing the ferocity and pace of games late on has backfired in so many ways. Rugby union having eight substitutes makes matches more formulaic as full time approaches. Broken defensive lines are less prevalent, and with 16 of the 30 players on the field being relatively fresh, many of the changes cancel each other out.

Football has been much the same. The body shape of players has changed markedly in the Premier League era, but for every game enhanced by the new-found athleticism there is another physical stalemate fought between two squads drilled to within an inch of their lives to play within a structure. Even the Covid-era move to five substitutes meant a failure to embrace a more broken-down game in favour of a puerile flat-pack replica of every other match.

Substitutions have been too scripted in multiple sports for years. Even in rugby league, which has seen its 12 interchanges reduced to eight during the Super League era, sometimes suffers for its sense of inevitability. Front-row forwards are subbed off midway through the first half and return for the last quarter. There is no real room for ingenuity in this era of athleticism at all costs. 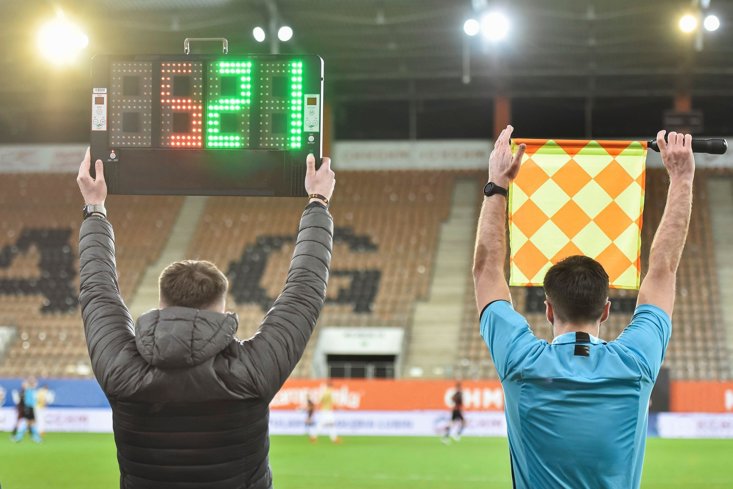 What happened to the age in which sports were as much a test of stamina as of skill? When lasting a full season at the top of the game was every bit as praiseworthy as being able to hold out an opposition attack for the final 20 minutes of a particular game?

Both codes of rugby should be priding themselves on the ability to outlast other tiring, aching teams over the course of a year, just as football ought to be rewarding clubs who can exploit the gaps their fatigued opponents leave late in games rather than those who have the deepest squads and therefore strongest benches.

With bigger squads have come greater measures to force every last ounce out of players. The rate of professional footballers collapsing on the field of play with heart issues has sky-rocketed exponentially in the last 30 years as bodies are pushed to their absolute limits.

But wouldn’t fewer allotted substitutions lead to smaller squads, and greater emphasis on stamina and endurance than on power and physicality? Wouldn’t that be better for our sports stars and eventually for the sports themselves?

There is a chance for rugby union to be a trendsetter here. McGeechan, Edwards, John et al need to have their opinions heard, or Warburton’s fears might be realised. And what then for our team sports?