Much has been made of England’s tough group ahead of the Rugby World Cup, with all five of the sides featuring in the top 15 of the world rankings. Eddie Jones’ side will get their World Cup campaign underway on Sunday morning as they take on Tonga in Japan, before facing USA, Argentina and France.

Admittedly, the build-up to the tournament has not been perfect after Wales got the better of them at the Principality Stadium but they did bounce back with wins over Ireland and Italy at Twickenham and now head into the tournament hoping to recreate the heroics of 2003. Although the world rankings suggest England could face a tough test over in Japan, it may not be quite as fatal as first feared.

England’s World Cup opener against Tonga is expected to be a bruising encounter, but one they should come out on top in. Although they have competed at the past five tournaments, the South Pacific nation have never made it past the group stage, nor have they ever beaten England or Argentina.

They were overwhelmed by Japan in a 41-7 loss in the Pacific Nations Cup and may find themselves slightly out of their depth here. One poignant story from the Tonga squad is that of Nasi Mana, their former captain who was diagnosed with testicular cancer in October and has undertaken chemotherapy. He was only allowed to start physical activity again in April yet is expected to make his return to international rugby in the opener against England.

In their second match Owen Farrell (pictured) and his side will visit the Kobe Misaki Stadium to take on USA, ranked 13th in the world. The Americans lost all four of their group games in 2015 and this looks like another learning curve for a side still attempting to make their mark on the world stage. A closing group game against Tonga will mark the States’ best chance of securing a World Cup win but England should breeze past them after the surprise international retirement of their best player, flanker Samu Manoa. 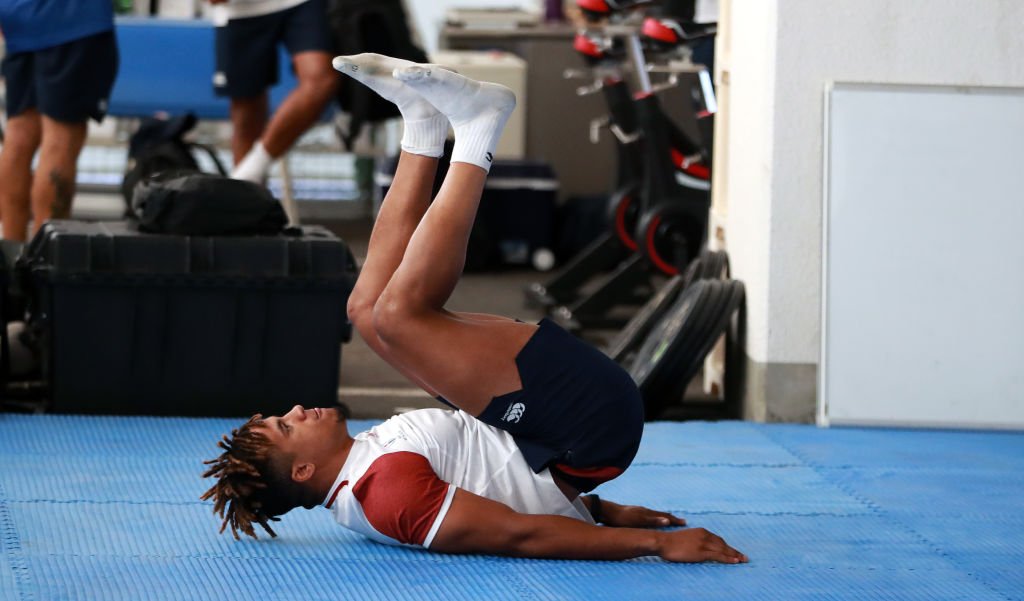 Argentina will provide the toughest test in England’s group stage but Eddie Jones’ men will hope to have two wins under their belt before the two meet in Tokyo. The cohesiveness and power of the pack will cause problems for the 2003 World Cup winners, with Nicolas Sanchez providing great quality with his boot.

Given that most of the Argentine squad play for Jaguares, who reached the Super Rugby final in July, they could well be the tightest unit in the entire competition, something that can only benefit them against top opposition. The dark horses of the competition will provide a litmus test for England.

The Red Roses will only come up against one European side in the group stage of the World Cup. But France have been through somewhat of a sticky patch in 2019 under Jacques Brunel, even if things have improved in the past few months.

They will be led by captain Guilhem Guirado but head to Japan without the experienced duo of Morgan Parra and Mathieu Bastareaud, two players who were deemed too sluggish for the new style of play. At 22, Damian Penaud is set for a breakout tournament after some impressive displays from the wing for club side Clermont but a poor Six Nations display shows there is still work to be done.

The French have reached the quarter-final stage of every World Cup so far and a last-eight display would be counted as a success given the on-pitch results and behind-the-scenes turbulence. They may have a rich history, but England should beat them with relative ease.

So fear not England fans, all will be just fine in the group stages - It’s the knockout stages you need to worry about... 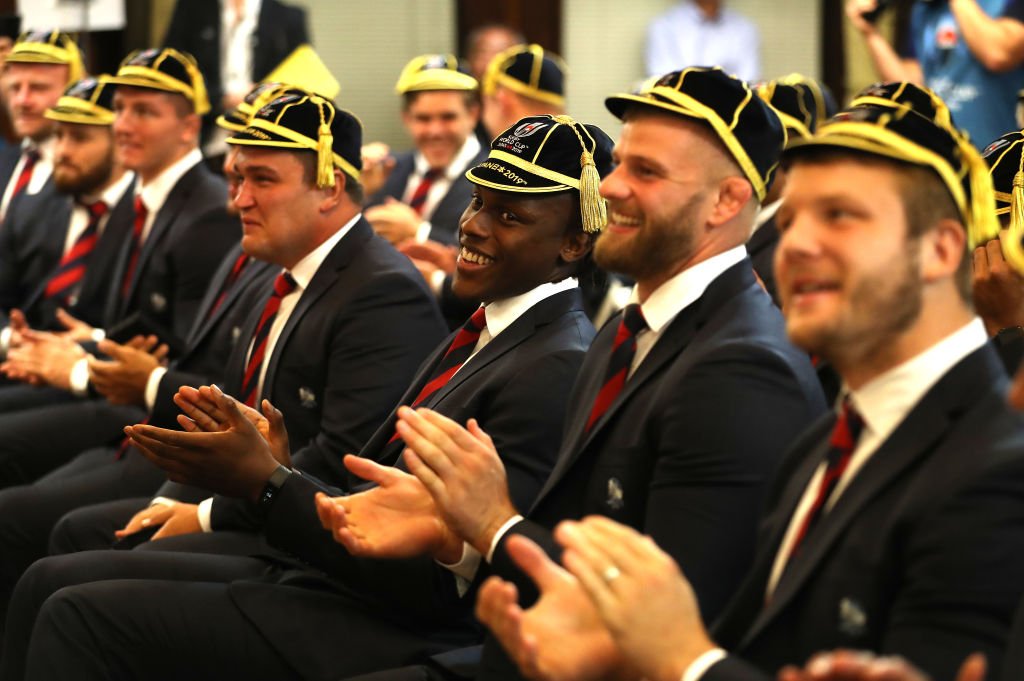 154
1030
x
Suggested Searches:
Tyson Fury
Manchester United
Marcus Rashford
Lewis Hamilton
F1
Air Jordan
More
tennis
Ken Rosewall Was The Tennis Player Who Set The Bar For The Modern...
Ken Rosewall may just be the greatest tennis player of all time. As Novak Djokovic attempts to defend [ ... ]
athletics
The Great Wall, Las Vegas And The Bucket-List Marathons To Run...
Life in lockdown has proven to be a marathon, not a sprint. It’s been arduous, tiring, frustrating, [ ... ]
football
Spice Boys, Solskjaer And The Great Manchester United-Liverpool...
The rivalry between Manchester United and Liverpool has manifested into a monster in the 21st century [ ... ]
football
After Two Decades At The Top, Jermain Defoe Is Finally On Course...
Bournemouth were down to 10 men. The game was goalless after an hour. Up stepped an 18-year-old from [ ... ]
ufc
Dan Hardy On UFC 257 And Why Conor McGregor Has 90 Seconds To...
After a year out of the Octagon, Conor McGregor returns to the UFC to face Dustin Poirier at UFC 257 [ ... ]
football
The FA Cup Groundsman Sleeping On The Job To Keep The Rams And...
This season’s FA Cup has seen a bit of everything. From Gareth Bale playing in front of fans in [ ... ]
football
From The Sublime To The Ridiculous, The Most Magical Messi Moments...
Lionel Messi conjures up magic every time he takes to the field and his 644 Barcelona goals have been [ ... ]
cricket
England Test Series Win Would Be A Fitting Reward For Their...
England’s Second Test against Sri Lanka in Galle, which starts on Friday, carries with it two [ ... ]
football
The £13m Restaurant And Jet-Set Mishaps Of Ken Bates' Crazy...
Perhaps we should have expected madness all the way when, 16 years ago today, Ken Bates brought the [ ... ]
us-sports
'Mr. Basketball' George Mikan Was So Good The NBA Had To Change...
His dominance on the floor literally changed the sport. He has been called ‘The NBA’s First [ ... ]
football
James Maddison Said It All... Leicester City Are The Neutrals'...
James Maddison stood there, his smile wider than the Atlantic, and talked of racing back to the dressing [ ... ]
boxing
The Day Ali Talked A Suicidal Man Down Off The Ledge Of A Beverly...
Wilshire Boulevard in Los Angeles cuts right through the heart of Beverly Hills. One particularly famous [ ... ]
football
It Is A Miracle Lionel Messi Has Taken 17 Years To React To...
As Lionel Messi trudged off on Sunday, it felt like we were watching the real world in negative form. [ ... ]
football
Liverpool Have Three Weeks To Rescue Their Title Defence After...
It’s Pep Guardiola’s 50th birthday today, and the best gift the Manchester City boss could [ ... ]
horse-racing
Everything You Need To Know About The £5.7m Dubai World Cup...
On 21 January, one of the finest horse racing carnivals in the world kicks off as the Dubai World Cup [ ... ]
football
How Jimmy Hill's Strike Threat Turned £20 Footballers Into Multi-Millionaires
In January 2018, Mesut Özil signed a new contract with Arsenal Football Club. The German midfielder [ ... ]
tennis
The Incredible Story Of Mansour Bahrami, Tennis' ''Most Naturally...
“We are here to entertain,” insists tennis icon Mansour Bahrami. “If you want to be [ ... ]
football
Rafa's Facts, Mourinho's Respect, It's Football's Greatest-Ever...
It was the surest sign yet that Manchester United are back to cause trouble at the top. Jurgen Klopp’s [ ... ]
football
Why Man Utd Remain The Modern Giants, Even If Liverpool Are...
You can tell that football has changed a lot over the past eight years simply from observing some of [ ... ]
motorsport
Elfyn Evans Is Desperate To Make Up For His 2020 World Rally...
“I can’t repeat the exact words and how I felt at the time,” says Welsh rally driver [ ... ]
sports
The Cube, Swingball And The Home-Based Challenges To Get You...
Lockdown is here. Again. Once more the kids are off school and yet again we are left working from home [ ... ]
football
With Nine Teams In The Frame, Could This Be The Most Exciting...
Just four points separate second from seventh in the Premier League table, while leaders Manchester [ ... ]
football
'Big Fish' James Rodriguez Is Exactly Where He Needs To Be At...
James Rodriguez’s career so far has been a great big ‘what if’. Whereas some footballers [ ... ]
sports
''Hold My Beer'' - How Surfer Mikey Wright Leapt Into Action...
“Hold my beer” bellowed Mikey Wright as he tore off his shirt and charged towards the sea. [ ... ]
us-sports
The Headbutts, Fall-Outs And Four-Day Benders That Made Dennis...
They called him The Worm. It may now be over two decades since he last played at the highest level in [ ... ]
boxing
The Skipping, Sushi And 6am Starts Behind Canelo Alvarez's Billionaire...
Saul ‘Canelo’ Alvarez is not only one of the richest sportspeople on the planet, having [ ... ]
sports
Team GB Star Lutalo Muhammad's Guide To Sleeping Like An Olympian
Practice makes perfect, and Olympic athletes spend years honing their craft in pursuit of medal glory. [ ... ]
football
How Cheung Chi Doy Flew Solo To Become Hong Kong's Only European...
Sixty years ago, on 14 January 1961, two teams walked out at Bloomfield Road for a Saturday football [ ... ]
sports
The Top Motivation Tips To Keep Your 2021 Fitness Kick On Course
We are now getting stuck right into January and the new year, and with the first proper weekend behind [ ... ]
football
Remembering Josef Bican, The Only Footballer Cristiano Ronaldo...
It is the perennial argument.. Who is the greatest ever, is it Cristiano Ronaldo or Josef Bican? Ok, [ ... ]