Football
Features
The new Swans boss has shown enough in his short managerial career to make it to the Premier League
Conor Keane
11:55, 02 Aug 2021

35-year-old Russell Martin has been appointed Swansea City’s new boss after the exit of Steve Cooper, and while he has only spent a short period of time in management, he has already shown that his methods would succeed in the Premier League.

Martin has established himself as one of the top young upcoming coaches in the country during his spell with MK Dons. He was appointed as Dons boss in November 2019 where he steered the club away from relegation before guiding his side to a secure 13th finish last season. While that does not look particularly impressive, Martin had his side playing open expansive football which is a matching philosophy as to how the Swans like to play. They maintained high possession of the ball all season, with only Manchester City and Barcelona recording a higher possession percentage in Europe.

The style he plays is how Swansea prefer to play, so the core group of players he inherits will only need a short period of time to process and then implement his vision on the pitch. The ex-defender will have to raise the confidence of his squad as they will still be raw following their play-off final defeat to Brentford, but he will also face other obstacles behind the scenes which could make his tenure at the club turbulent. While he may not have the funds to build a squad to his liking, Martin has the man-management skills to get a tune of the players he has at his disposal.

It was only a couple of years ago that Swansea were a well-established Premier League club and the way in which it was run sparked jealousy across the English football pyramid. But ever since the club came under the ownership of the American consortium that reigns now, the club has suffered a steady decline.

The club were relegated from the Premier League in 2018 and in their three seasons back in the Championship, the club have lost some of their biggest assets and there has been limited reinvestment back into the squad. After their first season back in the second tier, the club lost their top goalscorer Oli McBurnie who made the switch to Sheffield United for a reported £20m, but the club did not see any marquee signings from the funds generated in the sale to replace the striker’s 22 league goals.

Under Cooper, who inherited the squad from Graham Potter, the club were able to cope with the void left by McBurnie while becoming one of the toughest sides to face in the Championship. He guided them to two top six finishes, including a play-off final on limited resources, so his departure is a huge blow for the Swans. 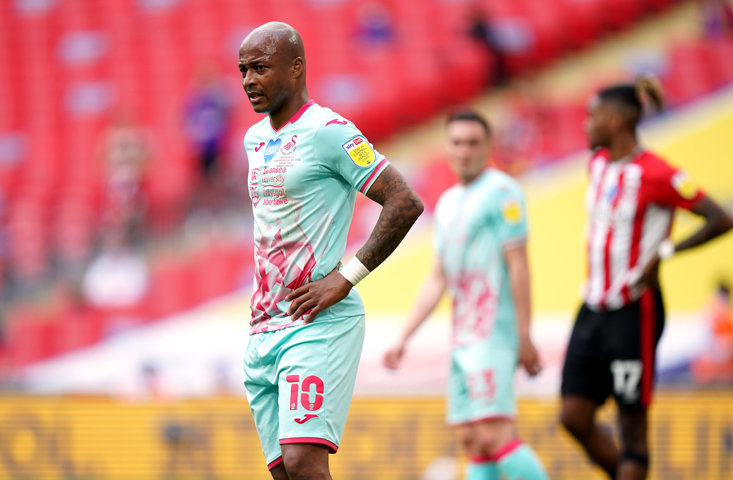 The Welsh club acted quickly and reportedly paid £400,000 in compensation for Martin’s services, and they will have a quick turnaround to try and prepare for the season opener against Blackburn Rovers on Saturday. There is no doubt that the former Norwich City defender has the knowledge and experience to implement a successful philosophy into his Swansea players, but the only way the club will enjoy success is if the club stops asset-stripping and give the 35-year-old the resources to strengthen the squad to his liking.

Two of the Swans’ key players Matt Grimes and Connor Roberts have been linked away from the club, reportedly unhappy with Cooper’s departure but they should be excited to work with a young manager who will want to carry on from where Cooper left off. If the club were to receive offers for their current stars (that are left), they should refute them and give Martin a chance to have an instant impact at the Liberty Stadium.

Majority shareholders Steve Kaplan and Jason Levien need to reassure supporters and give them something to get behind and that will mean adding depth and quality to the squad. While so far the club has seen little investment in the squad, the excellence of the club’s managers have managed to produce incredible seasons with the cards they have been dealt – but this shouldn’t be the case.

A club who came from the brink and rose to the Premier League, where they spent seven seasons, also adding a League Cup to their history, deserve better from their owners. If they are not going to invest and persist with flogging the club’s best players then it would be for the best if they put the club up for sale to allow the club with excellent resources available, to prosper.

Martin is a quality appointment, and he deserves to have the resources to be able to compete with other Championship clubs as he, as a coach, is destined for the top-flight.