Cricket
Features
The Test v India could have a big say in who wins The Hundred
Ryan Sidebottom
11:28, 03 Aug 2021

The Hundred could well be about to take another dramatic turn, and become even more unpredictable. The fact some of the big England players have departed for their Test series with India could well change the dynamic of this tournament, especially for the Welsh Fire, who will lose Jonny Bairstow.

You can't say one player carries the team, but when you have got a player like Jonny, who at the top of the order gives your team huge momentum and that impetus to win the game, he goes on and scores quick runs. It allows the middle order to play with freedom against the spin, and what we have seen so far is that teams are going to go really hard at the top of the order and then the middle overs are going to be difficult.

When you are up against a good quality spinner, the bowler can nullify the batting line-up. For every team, the top of the order is really crucial to get off to a flyer to give the team momentum towards the back end as well, leaving wickets in hand.

Predictions mean absolutely nothing, I totally predicted wrong over the last few days, but it is really good for the tournament that teams have come to the party and they are all in the mix now, it makes for even more exciting cricket. With Birmingham Phoenix v Trent Rockets in particular, I was really impressed. The crowd was fantastic and all the captains so far have said that it happens so fast and they are still getting to grips with bowling changes and batting line-ups, so I think there is still a bit of time.

It is great for the tournament to have had the table blown so wide open over the weekend. What I have seen is that you don't have much time as a batsman. If you eat up 10 balls then you are putting pressure on the next batter coming in. Dawid Malan took an age to get going and got 50 off 40 balls, but in The Hundred that isn't going to be good enough and it showed in the end. Birmingham Phoenix came out and smashed it to all parts.

You’ll probably see your best players in the top three or four come out and give it a real good go because those 25 balls in the powerplay are going to be huge in terms of going on and becoming one of the best teams in the tournament. 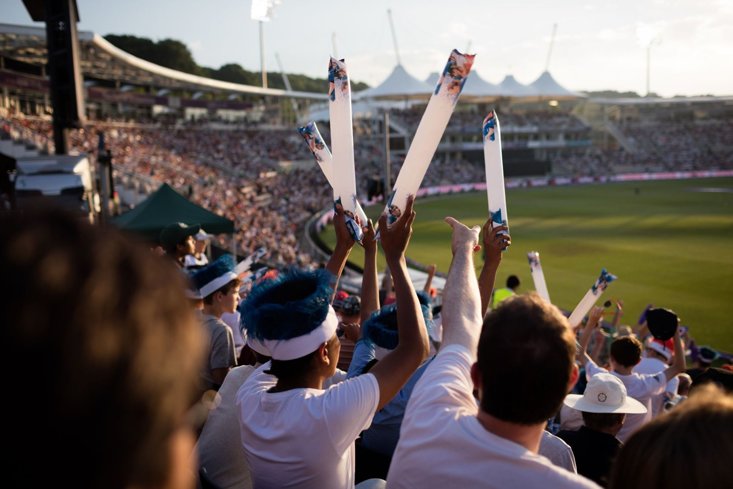 With the start that they got, Birmingham Phoenix could have achieved around 180 on Sunday. I think scores will go up over time, and you are looking at 160 being a challenging total for any chasing team. Anything above that is a very, very good score. Once players get accustomed to playing this format a little bit more you’ll see the scores go up, although we’ve seen that with the brilliant spin in the middle overs it’s really difficult given all the skills that the bowlers possess.

On Sunday we saw some brilliant death bowling. Adam Milne for the Phoenix showed how you bowl at the death, with 85-89mph and then 60mph slower balls. It was absolutely brilliant to watch. And I think with that in mind, players are going to develop better skills but teams will have to get off to a flyer to give them that impetus to go on and get a big total.

In the heat of the moment, strategy is important too. Moeen Ali said he forgot the team time out, and he forgot who he was going to bring on to bowl. He said it happens so quickly, it is getting the captains accustomed to it all and using the right combinations during their 100 balls. He didn't quite get it right on Sunday but that is going to happen. With Rashid Khan, they probably should have used him earlier. You have to think on your feet at the time and consider using a strike bowler earlier to nullify the batters when they get off to a flyer like the Phoenix did.