Athletics
Features
The renowned coach has been penalised for doping violations and yet none of his students have ever tested positive
Adam Addicott
13:02, 02 Oct 2019

The IAAF World Championships may well be in full swing in Doha right now, but the sport of athletics has once again been dragged through the mud by events away from the track and field.

Alberto Salazar, who has coached multiple Olympic champions, has been banned for four years by the United States Anti-Doping Agency (USADA) after a lengthy investigation. Officials concluded that the 61-year-old had committed numerous doping offences. In a damning 142-page report he was found guilty of processing and trafficking a prohibited substance (testosterone), trying to administer those substances to athletes, and even attempting to tamper with the doping control process. Nike’s endocrinologist Jeffrey Brown was also banned for four years.

“The athletes in these cases found the courage to speak out and ultimately exposed the truth,” a statement from USADA reads. “While acting in connection with the Nike Oregon Project, Mr. Salazar and Dr. Brown demonstrated that winning was more important than the health and wellbeing of the athletes they were sworn to protect.”

The verdict follows years of speculation about Salazar and his prestigious Nike Oregon Project. First brought to attention by an extensive investigation by the BBC. It is one of the most well-known programmes in the world of middle-distance running, and British four-time Olympic champion Mo Farah was a member between 2011 and 2017 but never once failed a drugs test throughout his professional career. He has released a statement following Tuesday's ruling expressing his satisfaction at the sense of closure which the ruling delivers:

I’m relieved USADA has completed their investigation into Alberto Salazar. I left the Nike Oregon Project in 2017 but I have no tolerance for anyone who breaks the rules or crosses a line. A ruling has been made and I’m glad there has finally been a conclusion.

For years, athletics has been trying to recover from a series of doping scandals which has left a mark on the sport, the most notable of which was the revelation of state-sponsored doping by Russian athletes over a long period of time. Russia was subsequently banned from the 2016 Olympics and it is unclear if they will be reinstated for next year’s event in Tokyo. 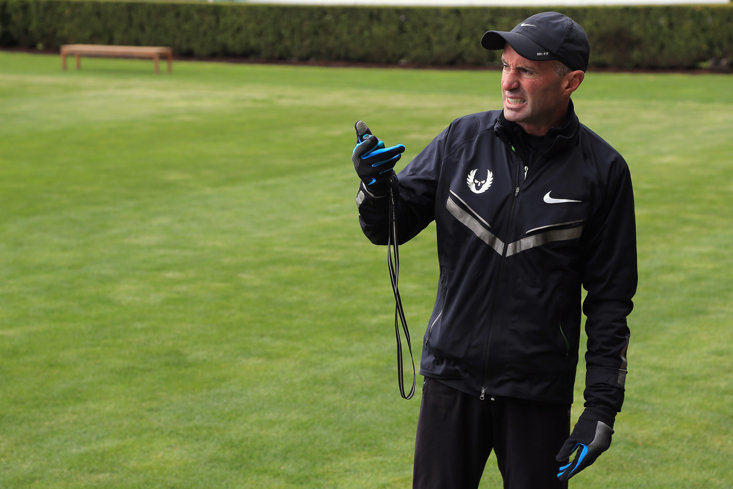 Salazar has never been linked with anything as high-level as what Russia was deemed to be involved in, but the severity is no less worrying. A number of athletes had been working under his guidance at the ongoing World Championships in Doha until the announcement, including Sifan Hassan, who won gold in the women’s 10,000 metres. Others include newly-crowned world 800-metre champion Donovan Brazier and rival Clayton Murphy. Fingers will now be pointed regarding their credentials in the sport whether they have done anything wrong or not.

“This investigation is focused on the period before I joined the Oregon Project and therefore has no relation to me,” Hassan stated to the press.

Inevitably, in the immediate aftermath of the decision, each one of those athletes in Doha was contacted and given an ultimatum - either stop working with Salazar right now or risk punishment. The coach has also been stripped of his accreditation at the championships, meaning that any athlete who collaborates with him is breaking competition rules.

Jo Pavey
@jopavey
Alberto Salazar has a 4 year ban. He will now appeal so the outcome is uncertain. We don't know which of his athletes have been doping and who is innocent. But it's so disappointing that many clean athletes have had their careers affected. #CleanSport
25
414

Despite the presented evidence, news investigations and even a whistleblower who was a former member of the project, Salazar continues to deny any wrongdoing. This means that there is no end to the story in sight. He claims that he is the victim and has been wrongly treated by others, and his appeal has the support of Nike, which is funding the Oregon Project.

“I am shocked by the outcome. Throughout this six-year investigation my athletes and I have endured unjust, unethical and highly-damaging treatment from USADA,” a statement issued by Salazar reads.

“I have always ensured the WADA [World Anti-Doping Agency] code is strictly followed.  The Oregon Project has never and will never permit doping. I will appeal and look forward to this unfair and protracted process reaching the conclusion I know to be true. I will not be commenting further at this time.”

The most striking aspect of this fiasco is that there is yet to be a failed drugs test by an athlete whilst under the supervision of Salazar. One might be forgiven for thinking this might be impossible given the fact that somebody has now been banned for four years for violating anti-doping rules. However, it isn’t always as simple as it may seem.

We’ve all talked in the past about how Alberto would push it right up to the line. He has been very conscious about trying to find out where the limits lie and how close he can push it to try and get those last little gains to compete with athletes who in his mind are really cheating.

However, the report confirms the American coach had previously conducted an ‘experiment’ on his own sons with testosterone. The panel did accept Salazar’s explanation for this incident though, with him claiming that he was paranoid that someone might try to spike one of his athletes.

In a separate test assistant coach Steve Magness was found to be over the legal limits for the substance L-carnitine, something which would usually constitute a doping violation but Magness was not an athlete on the programme. It was also concluded that Salazar misled some of his pupils on what to tell anti-doping officials.

Salazar’s reign as one of the world’s most prestigious coaches is likely to be over unless the raft of current evidence can be refuted during his appeal process. Either way it is another blow to a sport which continues to struggle to maintain a clean name, highlighted by one anonymous survey conducted in 2017 which found that 29% of athletes doped at the 2011 World Championships and 45% at the Pan-American Games the same year. The findings were gathered by WADA.

Some have expressed support for the decision to penalise someone for their wrongdoing, but others have voiced frustration. Not with the verdict, but with the fact that vast sums of money have been spent on Salazar’s investigation. It is money which could arguably have been spent elsewhere. 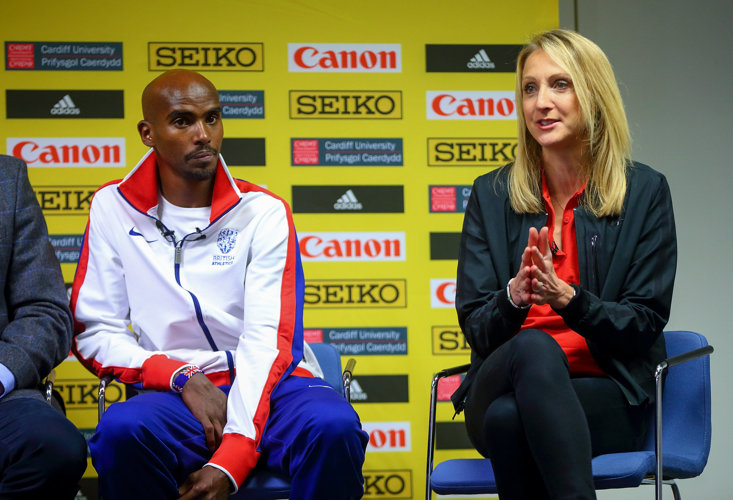 “How much money is going into research and development into anti-doping and into trying to improve the testing?” Radcliffe asks. “That’s what kind of frustrates me.

“Yes, it is a step forward that we have caught a coach who has been cheating. But we haven't caught any athletes and there are not that many being caught.”

This year's World Championships in Doha have not been plain-sailing. Issues have been raised over attendances, environmental concerns and issues relating to the climate in Qatar which saw 40% of competitors fail to finish the women’s marathon. Yet it is Salazar who could be the most damaging subject of all. A man who has dedicated his life to the sport has brought it into disrepute.

Nobody knows what will happen next concerning Salazar, but it could be argued that the damage has already been done to the reputation of the sport. And that is something which is more severe than any four-year suspension issued to a coach.

Once again doping is the headline news in athletics rather than those taking part.