Five Premier League titles, three FA Cups, one Champions League, one European Championship and one famous son. Yeah, yeah, we’ve heard all about the illustrious career of Peter Schmeichel, one of Manchester United’s finest ever goalkeepers. But on his 57th birthday, we’re going to remind you of something The Great Dane must wish we’d all forgotten. That Danepak advert.

Alongside Schmeichel’s effort, we’ve picked out our five favourite sporting adverts, featuring some absolute howlers from huge names, even the current England manager isn’t safe. But there is only one place to start. Happy birthday Peter.

He may have saved United’s bacon on several occasions (soz, we couldn’t resist) but as one of the most famous sportspeople from his homeland, and somebody who had claimed he would be a pig farmer if he wasn’t a footballer, he was chosen to be the face of Danepak, Denmark’s finest export. Sports personalities and advertisements don’t tend to mix well, but when you are asked to pretend to play every single instrument you can imagine and sing a cheesy song, the fee probably isn’t enough.

In true Schmeichel style he delivers this performance with zero emotion, but that makes the advert even better/worse (we’re conflicted!). Our personal highlight? The Champions League winner playing the accordion, dressed as a butcher, wearing goalkeeper gloves. Great effort.

All together now...“Danepak know what people want, there’s no better bacon.” 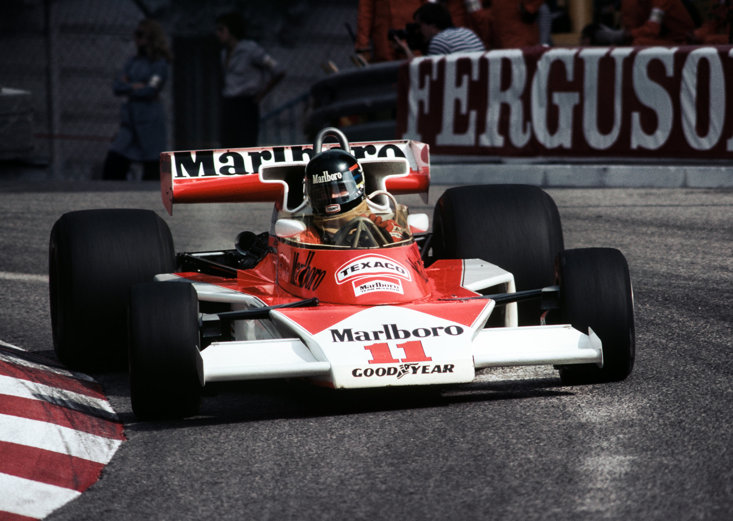 The old ones truly are the best. That statement is proven true as then Formula One world champion James Hunt teamed up in 1977 with comedy duo Eric Morecambe and Ernie Wise to produce a truly fine advert. In this sketch, the famous double act are Hunt’s mechanics, trying to get his car running again from the pits.

Having changed everything on the car, they came up with the idea of filling it up with Texaco fuel, leading to a gem of a line. Hunt asks “Well, what’s in it then?” before Morecambe replies quick as a flash “Well, only you at the moment!” Following it up by jokingly slapping the world champion around the cheeks. Forget Santander, we’d love to see Lewis Hamilton feature in an ad like this...

With a nation still reeling from the heartbreak of Euro 96, now England manager Gareth Southgate got over his crucial semi-final penalty miss by starring in a pizza advert alongside fellow penalty-missers Stuart Pearce and Chris Waddle. To be fair to Pizza Hut, this is an absolute gem of an advert, although Southgate’s acting leaves a little to be desired.

Removing the paper bag from his head the exceedingly fresh-faced defender delivers his only line, “Thanks a lot boys, I feel a lot better now!” before walking head first into a wall, much to the delight of his England colleagues. Despite Southgate redeeming his penalty woes as manager 22 years later in Russia, for some reason this one still hurts. 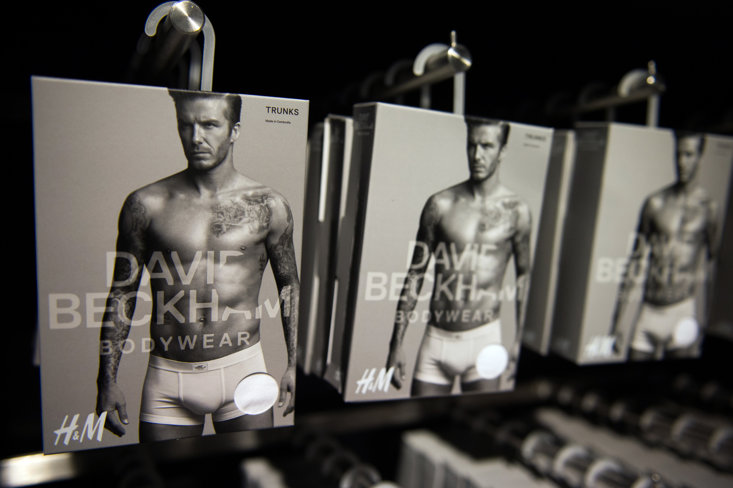 More of a short film than an advert, this 90 second masterpiece is blooming brilliant and not just because we get to see Becks in his boxers for a minute and a half. Directed by none other than Guy Ritchie, the man who brought us Sherlock Holmes and Mean Machine, this ad unsurprisingly has a cinematic feel to it as the former England captain goes on a chase to retrieve his dressing gown, which has been trapped in a car door.

This was the pinnacle of a two year campaign to launch H&M’s David Beckham Bodywear Underwear and it burst onto the scene with a bang thanks to the unusual duo of Ritchie and Beckham. Note to any future advertisers, just get David Beckham nearly naked and it’s job done.

Tears And A Tenor With Lineker and Gazza Walkers

What is it about England players and adverts? Gary Lineker has been the face of Walkers since 1994 now, and it’s a partnership that is still going strong. In fact, this year he reportedly signed a new deal with the crisp giant worth £1.2m over three years. Decent.

In our humble opinion, his ‘best’ advert for the company came right at the start, back in 1995, with the help of then England teammate and full-time joker Paul Gascoigne. The reason this advert is so iconic is perhaps the fact that both players have non-speaking roles! Instead, Gazza tries to nick Lineker’s crisps, has his hand crushed in the packet, before he turns on the waterworks in reference to his Italia ‘90 tears, all to the tune of Nessun Dorma. Iconic stuff.