Cristiano Ronaldo’s amazing body has taken decades of work. He was just 11 years old when he first decided he would bulk up. Fully aware he had the talent to succeed, playing youth football for CD Nacional and Sporting Lisbon, he grew tired of people doubting his size. Sneaking out of the club dormitory at night to go and work out, Ronaldo got bigger and stronger, fast.

“I decided that I was going to work harder than everybody,” he says. A lifetime of dedication has followed; supreme workouts and a perfect diet have created a sculpted figure a Greek God would be proud of, his is a body fit for ultimate endurance and durability.

Turning 36 in February, he is still at the peak of his powers and has previously claimed he can continue to play until 41, boasting that he had “a biological age of 23” as recently as 2018. Here’s how he’s kept in such good shape for all these years...

A diet of six small meals a day

Staying so trim and being as healthy as possible to ensure he plays to his full potential, the Juventus star’s diet is of vital importance. Ronaldo does everything right, eating simple whole foods like fresh fruit and vegetables and whole grains. His favourite source of protein is fresh fish, though he does try to limit his meat intake. Bacalao a la Brasa, a speciality in his home city of Lisbon, containing cod, scrambled eggs, potato and onions is another dish he enjoys. He eats little but often, usually having six small meals a day.

And he doesn’t just stick to water to rehydrate himself. Sports drinks boost his energy on game day and also contain electrolytes to aid vitamin B12 to fight tiredness following a gruelling 90-minute match. Alcohol and sugary foods are strictly off the menu.

Working out has to become a habit 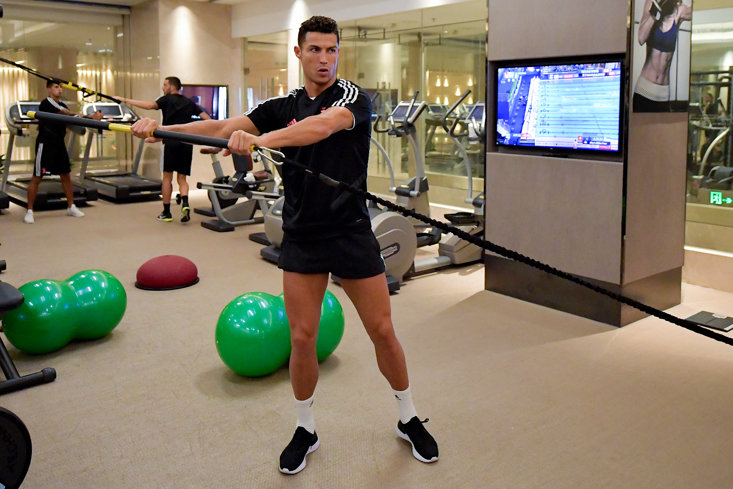 After scoring in the 2016 Champions League final, Ronaldo whipped off his shirt to show off the body of an Adonis. He’s worked hard for it so deserves to flaunt it. It doesn’t come easy and he insists working out must become a habit.

"Fit in exercise wherever you can,” was his advice to FourFourTwo. “You can do an abs workout in your bedroom when you wake up in the morning or before you go to bed.”Cardio is high on his list, as well as a focus on his legs. Ronaldo reportedly trains for three to four hours, five days a week, focusing on a different muscle group each time. Lunges and squats are high on the agenda. 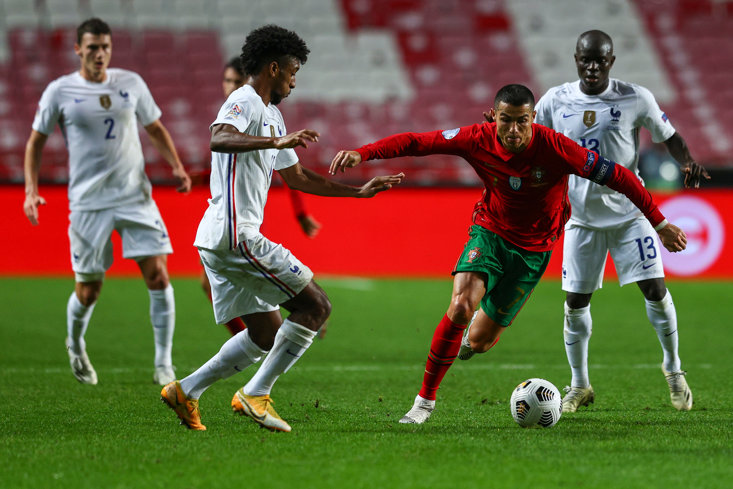 Ronaldo’s Juventus medical, according to Diario AS, revealed the talisman has a muscle mass of 50 per cent… That’s four per cent more than your average footballer. Whether it’s in his home gym or at Juventus’ facilities, the forward often shows off his weight training, building up his arms and legs for immense power. Dumbbells, kettlebells and med balls all aid his progress, as well as the maintenance of his abs (he has just seven per cent body fat!) and strengthen his core.

Warming down just as important as warming up

Post-match warm downs are important and Ronaldo enjoys swimming for a full-body workout. Clearly loving the water as part of his regime, the Portuguese even enjoyed the use of an underwater treadmill last season.During his nine-year spell with Real Madrid, he forked out £36,000 for a Cryotherapy chamber to also aid recovery. Reducing swelling and soreness in the muscles, Ronaldo’s body freezes below minus 160 degrees Celsius during a three-minute spell. Rather him than us, but that is why CR7 is the best at what he does.

Get plenty of R&R to keep on going 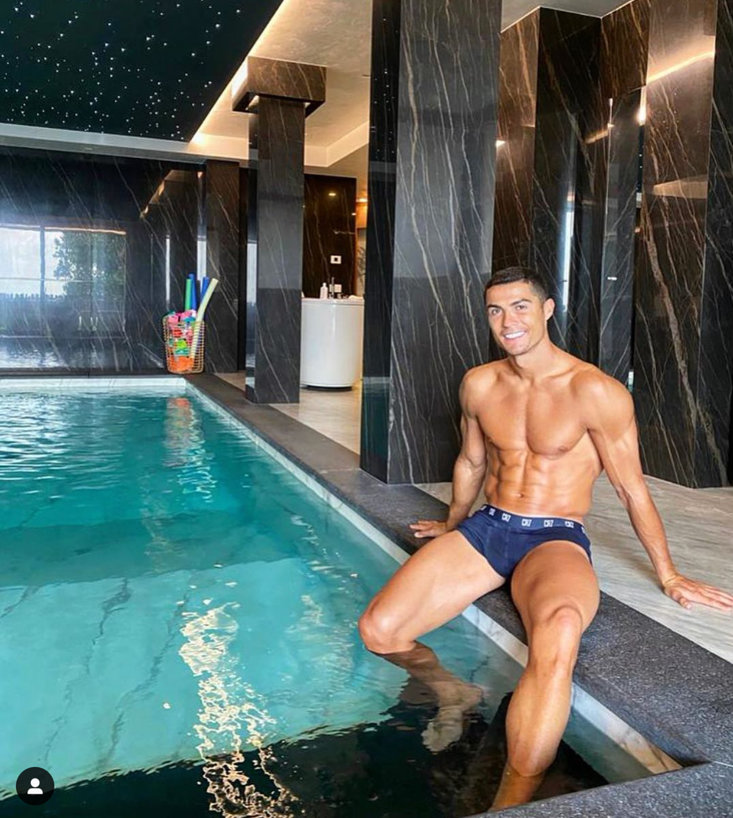 It’s not all about sit-ups and press-ups. Downtime is key for Ronaldo’s progress and recuperation. Physicality is important, but so too is mental wellbeing, especially when you have to perform in a high-pressure environment and live under the constant media spotlight.

“Training and gym workouts are vital, but living a relaxed lifestyle helps you to be the best you can be, physically and mentally. I spend my free time with family and friends, which keeps me relaxed and in a positive mindset,” he told FourFourTwo.

Proper sleep is essential too, helping Ronaldo’s muscles recover following mass exertion on the training pitch and in the gym. He goes to bed early, gets his eight hours and rises early too, ready to attack the day.