Football
Features
The rivals have had some spectacular cup clashes down the years
Elliott Bretland
16:00, 23 Jan 2021

The rivalry between Manchester United and Liverpool has manifested into a monster in the 21st century but the dislike between the two cities, when it comes to football, has always been fervent. The red half of Manchester and red half of Merseyside are forever hellbent on toppling each other from their respective perches as the two most successful clubs in the land.

Their dust-ups in the league have spilled over into the FA Cup over the years, so with the pair set to meet again in the fourth round at Old Trafford on Sunday, here’s a reminder of some of their biggest battles in the world’s greatest knockout competition...

It was one of the greatest finales to a European Cup final of all-time as Teddy Sheringham and Ole Gunnar Solskjaer scored deep in injury time to clinch the trophy for United against Bayern Munich at the Nou Camp in 1999. For Solskjaer, though, it was nothing new as only months before he’d done the same against Liverpool.

Trailing after just three minutes, Sir Alex Ferguson was angered by Michael Owen’s opener for the visitors, saying, “It was a terrible start. God almighty, you wouldn’t think a 5ft 6in striker would score with a header in the first minutes at Old Trafford. I wasn’t too pleased about that.”

With seconds counting down and Liverpool still leading on 88 minutes, Andy Cole and Dwight Yorke combined as they so often did, with the former knocking down David Beckham’s free-kick to level. Moments later, and with a replay at Anfield looming, Solskjaer, who only had three touches after coming on with ten minutes to go, made his last one count to win it at the death. 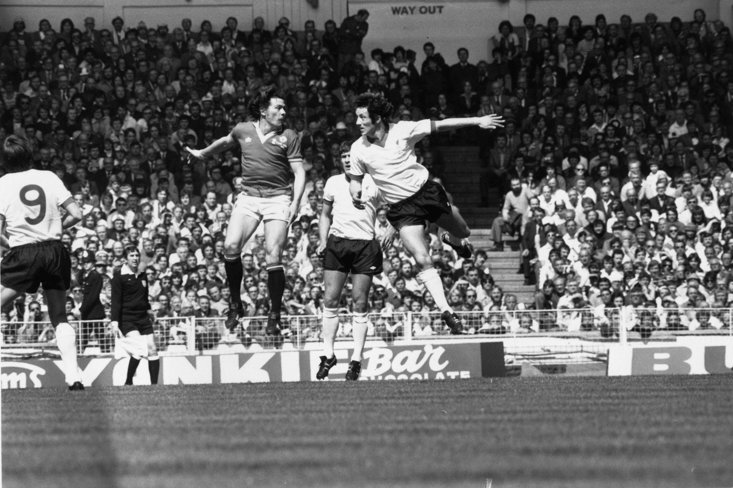 In 1977, Liverpool were starting to dominate the domestic landscape and would win the first of their six European Cups that year, so it was no surprise that they were favourites when the two sides met in the FA Cup final at Wembley. Having won the First Division title too, the Reds were on the hunt for a historic treble, but United were standing in their way, ready to dent their dreams.

There was a flurry of three goals in just five second half minutes as the Red Devils stopped the Merseysiders in their tracks with a 2-1 victory, the winning goal cannoning in off Jimmy Greenhoff’s chest and looping over a helpless Phil Neal and Ray Clemence into the net. 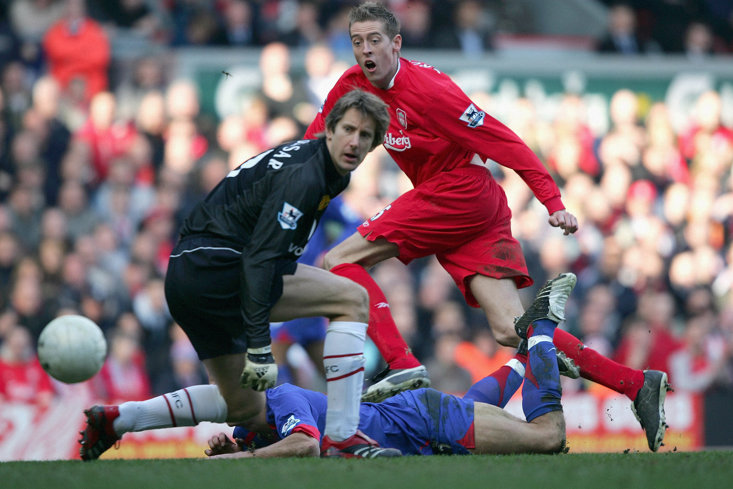 In 2006, Peter Crouch scored the only goal of the game as the two sides met in the fifth round, sealing Liverpool’s first FA Cup victory over United in 85 years (crazy!)

However, the game is probably most remembered for Alan Smith breaking his leg and dislocating his ankle in a gruesome injury bizarrely suffered as he got in the way of a thunderous John Arne Riise free-kick.

"It has been 85 years since Liverpool beat us in the FA Cup and I was hoping it would be another 85 years, then I wouldn't be around to see it,” Fergie quipped after the game. 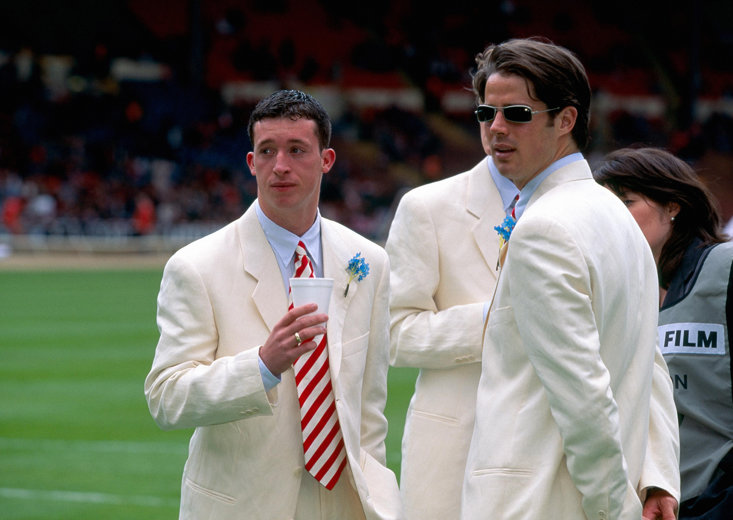 In terms of a spectacle, the 1996 FA Cup final wasn’t exactly a classic even if Eric Cantona did score a dramatic winner with just five minutes to go. However it will always be remembered for The Spice Boys.

“The funniest thing about all that Spice Boys stuff is we used to bump into the United players all the time when we were out. David Beckham, Ryan Giggs, loads of them,” McAteer insisted years later. "They were doing exactly the same things as us but they won the 1996 FA Cup final and we lost it. Maybe if that game had gone the other way it might have been different, but it didn't.” Even as cup winners, you can’t defend cream suits, lads.

1985 was unusual for the fact it was one of the only years in the seventies and eighties in which Liverpool didn’t dominate. It was Mersey rivals Everton who had clinched the title, and with United having been knocked out of the UEFA Cup by Hungarian side Videoton on penalties at the quarter-final stage, the FA Cup semi-final between the old rivals took on even greater significance.

Liverpool may have been the top force of the decade, but in 20 league meetings they got the better of United only twice. Astonishing. So, when the two clubs met in the last four, it’s no surprise that United won the day. The first encounter at Goodison Park ended in a score draw after extra-time. When they met again four days later at Maine Road, Bryan Robson and Mark Hughes scored to fire United to the final.