Football
Features
It's time for Kane to get back to work whatever his 'gentleman's agreement'
Kris Voakes
16:02, 05 Aug 2021

There’s something that doesn’t quite sit right with Harry Kane’s current stand-off with Tottenham Hotspur. The England captain has failed to report for training at their Enfield base so far despite having been due back on Monday, instead extending his holiday in Florida and hoping Spurs chairperson Daniel Levy will allow him to leave the club this summer.

Kane has three seasons remaining on a six-year contract he signed in 2018, but he now claims that there was a ‘gentleman’s agreement’ between he and Levy which would allow him to move on in certain circumstances, circumstances he believes have now been met.

But Kane is being naïve at best if he thinks he can outmanoeuvre Levy on this matter. The Spurs chief is known to drive a hard bargain, and has forced Luka Modric among others to honour contracts despite bids from elsewhere. If Kane was so keen to have the option of bringing forward his departure date, he should have had it written into his £200,000 a week contract.

Of course, football contracts very rarely reach their full term at the top end of the game, but Kane knew what he was doing when he put pen to paper on his renewal three years ago. At that time he was coming off a 41-goal season in which Spurs had finished third and looked primed to challenge under Mauricio Pochettino. The following season saw them reach the Champions League final for the first time ever and everything seemed rosy.

KANE HAS BEEN SERENADED AS 'ONE OF SPURS' OWN'

Since then, there has been a notable decline both in Spurs’ fortunes on the field and in the feeling around the club, and Kane’s admission to Gary Neville in May that he was thinking about a future that might not include Tottenham beyond this summer was a surprise to almost nobody.

“I think there’s definitely a conversation to be had with the club, I want to be in the biggest games, the biggest moments,” Kane told Neville’s ‘The Overlap’. This season I’ve been sat there watching the Champions League and they’re the games I want to be involved in. So, for sure, it’s a moment in my career where I have to reflect, and see where I’m at, and have a good honest conversation with the chairman.

“I hope we can have that conversation and I’m sure he’ll want to set out the plan of where he sees it. Ultimately it’s going to be down to me, and how I feel, and what’s going to be best for me in my career at this moment in time.”

That last sentence said much about where his head is at right now. He thought he would get his way. He thought his will would be enough to force Spurs’ hand. But just as the club would be stuck paying him £200,000 a week if he stopped performing, he has to deal with the consequences of his decision to sign up for higher wages for a six-year term. 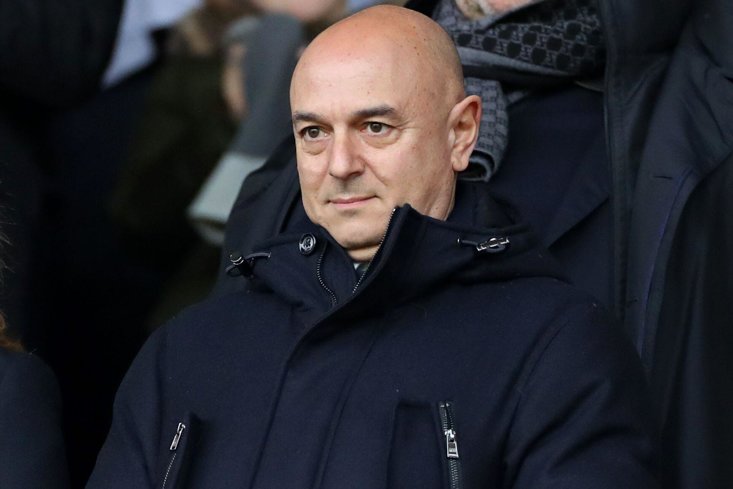 There is a school of thought that players mustn’t be held to contracts once their intentions change, but while that argument might hold some weight when it comes to young, impressionable players who are badly advised over the consequences of deals, or those whose clubs don’t fulfil their side of the bargain, Kane agreed to a contract which has so far been honoured. It is he who wants to renege, but for as long as Levy doesn’t relent, the best he can do is keep asking for the chance to negotiate an exit. But that means him actually attending training when he is supposed to.

Like anyone else in any walk of life, the very least he should be doing is turning up for work. A ‘gentleman’s agreement’ is not worth the paper it isn’t written on, and the very nature of the term speaks to a world in which middle-class white men believe they are more important than the rule of society, that a handshake after a brief conversation should be an unbreakable bond.

Well, Harry, you are as compelled to turn up and do your job as Spurs have been to keep on paying you through good form and bad, and through illness and health. If this wasn’t the England captain, if it was Paul Pogba, or Raheem Sterling, or a distrusted agent talking about breaking a contract, we’d be told never to take them seriously again. And Kane is tainting his legacy with his stubborn immaturity.