Four-time Paralympic gold medalist Ellie Simmonds will join archer John Stubbs as GB’s flag bearers for the Tokyo Paralympic games today. The 26-year-old para-swimmer is one of the defining athletes of the modern era for ParalympicsGB, competing at her fourth games. Her incredible journey began aged just 13, when she shocked the world by claiming two golds at the Beijing games.

Simmonds claimed her medals in the 100m freestyle S6 and 400m freestyle S6 events, becoming an overnight sensation. Her new-found fame would see her claim BBC Young Sports Personality Of The Year. In 2009 she would become the youngest ever recipient of an MBE, when The Queen bestowed the honour upon her aged 14.

This incredible story, emerging into the national consciousness as an elite athlete at such a young age, has led to her becoming a standard bearer for disability sport. Alongside her incredible achievements in the pool, she has used her platform to support numerous charities, including Dwarf Sports Association UK, WaterAid, and The Scout Association. She is also a Girl Guide leader, going by the wonderfully-appropriate nickname ‘Aqua Owl’.

Simmonds was the heavily-promoted face of the London 2012 Paralympics, and rose wonderfully to the pressure. Still only 17, Ellie carried the weight of expectation like a sporting veteran, performing in her home country in front of the eyes of the world. The Walsall-born swimmer scooped two golds, a silver and a bronze, to add to her Beijing haul. Between summer games, she had also scooped four World Championships and seven European golds, setting a brace of world record times at the 2011 European Championships. Her stunning London games would see her MBE upgraded to an OBE in 2013. 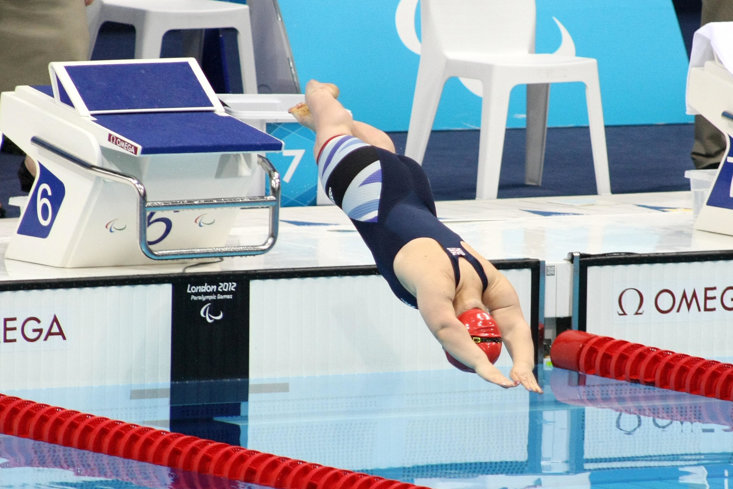 A youthful veteran at the 2016 Rio Paralympics, Simmonds successfully defended her gold medal in the 200m individual medley, while also claiming bronze in the 400m freestyle. It says a lot about the enormity of Simmonds’ achievements that these two medals were seen as a mild disappointment, and the legendary Paralympian has spoken extensively about her difficulties heading into those games. Simmonds had considered retirement in the build-up to Rio, and it is a testament to her force of will and immense talent that she came away with a medal haul that would count as the pinnacle of many careers. She has spoken of issues with the coaches at the games, and has since said she refuses to rewatch her races from Rio due to the bad memories they evoke.

Ellie Simmonds sounds re-energised as she heads into her fourth Paralympics, and while there is speculation that these could be her last games, the decorated swimmer is just focusing on her events.

"I'm hugely honoured to carry the flag on behalf of all the athletes, support staff and for the entire nation back home, to go the Paralympic Games and be given the opportunity to do that is just amazing," she said.

"This will be my first opening ceremony. Just to be here in Tokyo is amazing but to carry the flag is the icing on the cake and I can't wait for the competition to start."

After the honour of carrying the flag this evening, Simmonds will compete on Thursday 26th August in the 200m medley heats, followed by the 100m breaststroke heats on Saturday 28th August. As always, it will be thrilling to see the next chapter of a remarkable Paralympic career unfold.