Motorsport
Features
The captivating event was the brainchild of a man lost in the Sahara desert
Jack Porter
13:43, 31 Mar 2020

In 1977, cinemagoers first experienced the now-iconic image of Luke Skywalker staring out over the Tatooine desert, the twin-suns setting as the Star Wars protagonist contemplates his future, accompanied only by the graceful orchestral majesty of composer John Williams.

Towards the end of the same year, and slightly closer to home, a 28-year-old Frenchman from Neuilly-sur-Seine in the metropolitan area of Paris, found himself gazing out alone over a sandy desert with only his Yamaha XT 500 in tow, and like George Lucas’ aforementioned cinematic creation, this motorcyclist’s experience would go on to have a profound effect on a great many more people.

For Thierry Sabine was lost in the Teneré desert, a small part of the vast nine million square mile Sahara that covers eight per cent of Planet Earth, somewhere in the African country of Niger.

The adventurous biker had been participating in the Abidjan-Nice Rally that ran from the Republic of Côte d'Ivoire on the south coast of west Africa to the French Côte d’Azur.

All he had with him was a compass and a map, and, though he had kept pace with his leading competitors, a wrong turn would put his life in jeopardy. But it would also form the genesis of the most famous rally race in the world.

“I realise that my situation is uncomfortable, difficult,” Sabine would later recount in the book ‘Paris-Algiers-Dakar’ (as translated by afrinik). “Two days later I have no compass or clock, which broke down in a fall while trying to find the lost route. It is now two days and two nights that I am lost in the desert, under a sun that begins to make me lose my mind.

“The total absence of shadow is an oppressive sensation, which engenders a feeling similar to that of claustrophobia. Then I decide to get away from my bike. In socks, and sucking the stones to give me saliva, I realise my life is worthless and less.

“And that is when I promise that if I come out alive from this experience I will sweep away as much superficiality as my existence contains.” 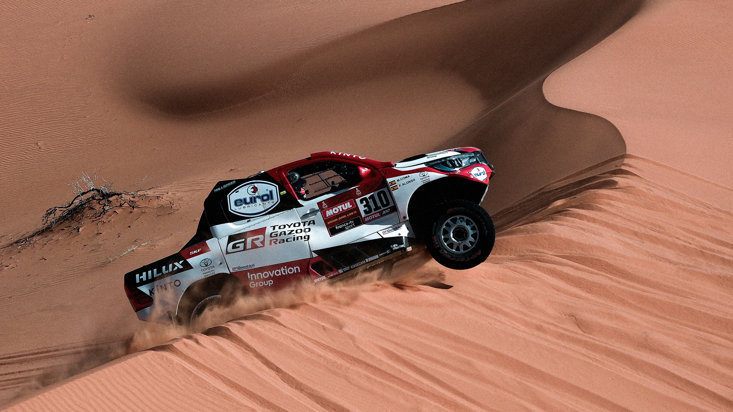 Exactly a year on, Sabine had organised a congregation near the Eiffel Tower on Boxing Day ‘78, having been both compelled and stirred by the profoundness and danger he had experienced in the Sahara. The destination he instructed the 182 risque-tout pilots who amassed around the landmark? The capital of Senegal, Dakar.

It would be a journey that would challenge them to traverse two continents, six countries, a mammoth 10,000 kilometres, and of course, that largest hot desert on Earth. Ninety motorcycles, 80 cars and 12 trucks set off. 16 days later, just 74 vehicles had crossed the finish line.

Though known worldwide as the ‘Dakar Rally’ from its association with the Senegalese capital (and indeed, still to many as the Paris-Dakar), after 21 African, 3 European and five South American adventures, this year’s event debuted in Asia, taking place for the first time in Saudi Arabia. 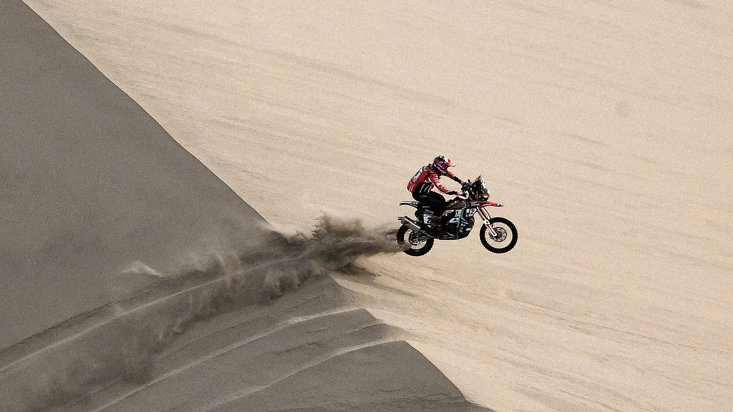 This year the car class was won by Carlos Sainz. The 57-year-old Spaniard, father of Formula One McLaren racer Carlos Sainz Jr., won his third Dakar Rally in the space of a decade having first managed the feat in 2010. He accomplished it in a time of 42 hours, 59 minutes and 17 seconds. Three-quarters of this year’s 7500km race in the Middle East inevitably took place over sand.

Sainz’s compatriot, two-time F1 world champion Fernando Alonso, was also making his debut at the event, demonstrating that, although it’s estimated around 80 per cent of participants are amateur racers, the Dakar Rally fuels a wide range of interest.

In 2018 the current Olympique de Marseille manager Andre Villas-Boas, familiar to those in England from his time at the parishes of Chelsea and Tottenham Hotspur, competed in the event in South America. AVB unfortunately had to withdraw  from his first-ever Dakar Rally after damaging his back during the fourth stage in Peru, having given up the role as coach of Chinese side Shanghai SIPG the previous November to compete in the competition.

Stages of each rally can range from anywhere between 300km to 900km, with drivers and riders having to endure gruelling 12-hour marathons piloting their respective vehicles.“In this test, you come to seek strong emotions, not perishable memories,” Sabine told the very first racers as they prepared to set off from Paris. “I offer you all that, but I don’t want to hide the risks you’ll be taking. You accept it and you are also the ones who have to assume it.” 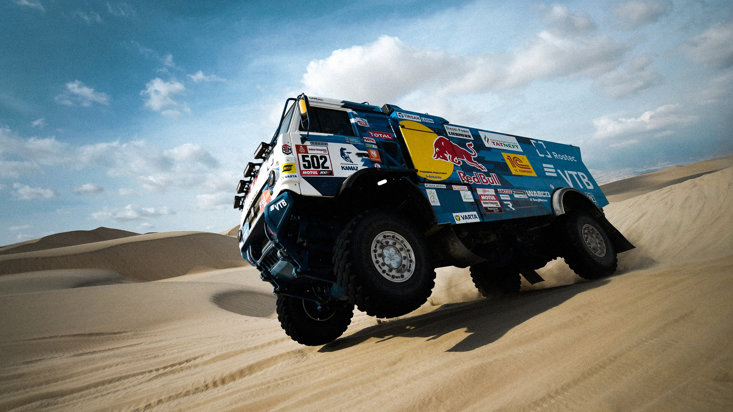 The desert would eventually claim Sabine’s life when, on 14 January 1986, his aircraft crashed into a dune in the Gourma-Rharous area in Mali, with rumours of the cause of the crash ranging from the theory that his travelling party had been due to be caught in the crossfire of the country’s recent war with Burkina Faso, to, even more conspiratorially, a venomous snake deliberately being placed on board.

Over four decades since finding himself isolated in the Teneré, Thierry Sabine’s legacy remains in the form of the most notorious rally on the planet, a gruelling undertaking he himself described as “a challenge for those who go, a dream for those left behind.

“A competition between men, where the human element surpasses the machine.”