After 11 years, 849 games, and 12,424 field goals, it was over. He walked off the home court not with a smile on his face or a tear in his eye, but taking the time to congratulate each and every member of the winning opposition. There would be no more dramatic clutch moments in the wine and gold. No more Championships to add to that historic one in ‘16. The King had once again abdicated.

LeBron James was Richard Burton. The Cavaliers were his Elizabeth Taylor. A mutual love and passion, fiery and fascinating who looked at times unable to be without one another. King James, as powerful and compelling on the court as Burton was on the stage, perhaps not a wholly likeable presence but undeniably Herculean, talented, and magnetic. 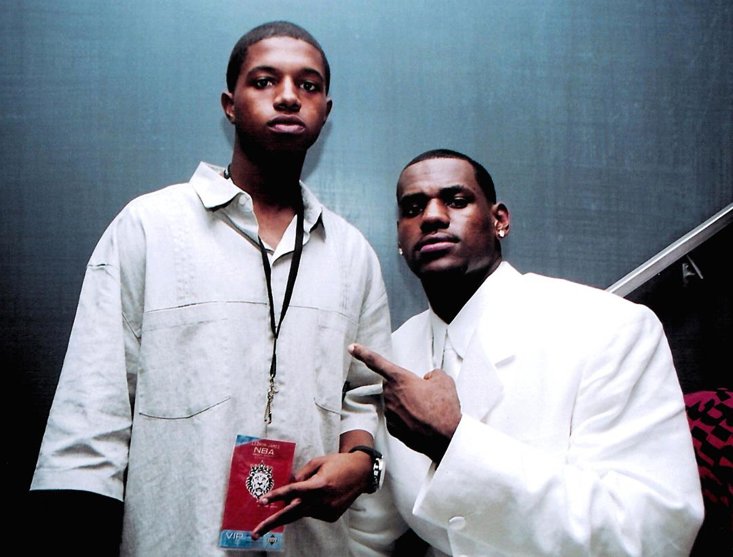 The first marriage between the basketballer and the franchise had culminated with the notorious ‘The Decision’, a one-hour televised special in 2010, at the end of which LeBron James announced he would be leaving the Cavaliers after seven years - and hometown Akron after 25 - to join the galactico-building Miami Heat.

The manner of his departure ignited widespread condemnation, the action sparking a furious response from the devoted Cavs who burnt jerseys bearing his #23. Cavaliers owner Dan Gilbert wrote an impassioned, disparaging open letter, deriding James as their ‘former hero’, who was ‘narcissistic’, ‘self-promotional’ and ‘cowardly.’

“I personally guarantee that the Cleveland Cavaliers will win an NBA championship before the self-titled former ‘King’ wins one,” he added in block capitals just for extra emphasis.

“You can take it to the bank.”

That the statement was written in Comic Sans wouldn’t ultimately be the most embarrassing thing about it. Alongside Chris Bosh and Dwayne Wade in Miami, James ventured to four straight Finals and won two rings back-to-back in 2012 and 2013. It’s uncertain whether Gilbert paid out. 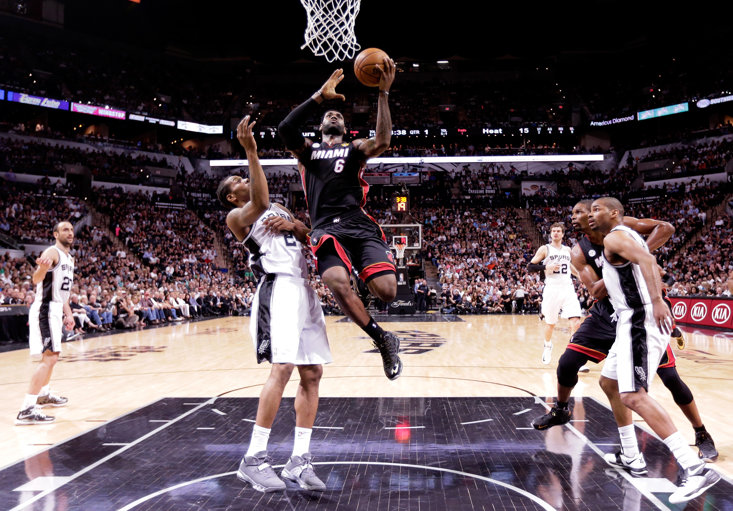 LeBron in action for the Miami Heat

But on July 11, 2014, after four self-defined ‘college years’ on South Beach, The King returned. His second coming was announced not in front of television cameras but far more maturely with a 950-word Sports Illustrated essay. It was simply titled: “I’m coming home”.

"When I left Cleveland, I was on a mission,” James declared, "I was seeking championships, and we won two. But Miami already knew that feeling. Our city hasn’t had that feeling in a long, long, long time. But what's most important for me is bringing one trophy back to Northeast Ohio."

Two years later, on June 19, 2016, the Cleveland Cavaliers, led by LeBron James, ended their 52-year drought for the championship title, with a 4-3 Finals triumph over the Golden State Warriors.

It was in battles with the Californian franchise that defined the most fervent rivalry in basketball yet seen this century, and was ultimately concluded, alongside James’ Cavalier career, on June 6, 2018. It was the date the Warriors closed out a four game series. It had been the first time that two teams met for a Championship in four consecutive seasons, but, for the third time in those four years, it was the Warriors, pivoting around the best three-point procurer in the business, Steph Curry, and the eventual MVP Kevin Durant, who got to hoist the Larry O’Brien trophy.

After securing the win over the Boston Celtics for the Eastern Conference it was posited to James that taking this particular iteration of the Cavaliers - who had depleted ranks through dubious tradeaways - to the 2018 Finals was actually his greatest achievement.

Though GSW began the season as overwhelming favourites, the eventual match-up did provide the Cavaliers an opportunity for redemption, a chance to even their rivalry with another revenge ring. It wasn’t to be.

In Game One a dramatic first half buzzer beater from close to half-court by Curry, levelled the score, 56-56. By the end of normal time, again nothing could separate the two, evening out at 107 apiece. And then Golden State took control, out-scoring in a 124-114 overtime. 51 of the Cavaliers’ tally was courtesy solely of LeBron James. With nothing to show for a ‘freakshow’ performance, James punched a whiteboard in the Cavaliers' locker room, breaking his hand, which he would have to play with for the rest of the series.

“That’s one of the toughest losses I’ve had in my career,” in a contrasting demeanour James calmly stated ahead of Game Two. Game One had promised a lot, but the difference in quality between the two teams soon became palpable. Unfortunately, it wasn’t as tight in the second game in Oakland before travelling back to Ohio. Though the Cavs kept pulling back, Golden State were dominant from start to finish, and nine triples from Curry - a new NBA Finals record - allowed the west coast franchise to fly east with a 2-0 lead.

As expected Game Three at the Quicken Loans Arena had Cleveland chomping at the bit to get back into the championship. And though the guns were initially blazing, the muzzle smoke evaporated as quickly as the home crowd atmosphere. Despite Curry missing 13 out of his first 14 shot attempts in the game, the Warriors bagged another win, 110-102. 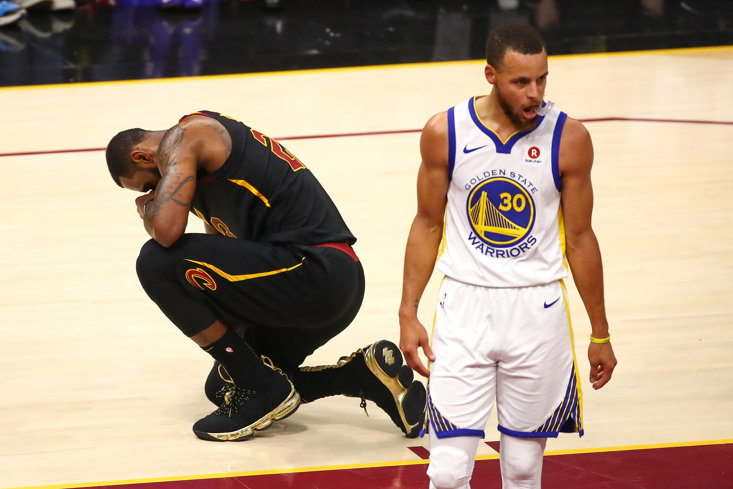 Heartbreak against Steph Curry and the Golden State Warriors

Warriors were determined to win on Cleveland’s patch, and duly did so, with an eventual emphatic 108-85 victory. As James retired from the game in the fourth quarter, he congratulated each and every member of the Warriors as he exited the court. It was the first Finals whitewash in 11 years, since 2007, when again the victims had been James and the Cavaliers.

That Game Four was also James' last game as a Cavalier. It was now time for the second divorce. Noticeably less controversial and bombastic, he went west to join the Los Angeles Lakers during the offseason. This bow-out was far more humble.

Those 11 years as a player in Ohio yielded a single championship, one fewer than he managed in Miami, but it will be with the Cavaliers. It wasn’t just a marriage of convenience, like all great iconic Casablanca-like love stories it had a convoluted history, turned down a rickety road, reached exceptional highs and had that bittersweet parting. It’s arguable that if the Cavaliers had indeed won a championship with LeBron James, they’d have both in some way have regretted it. Maybe not today. Maybe not tomorrow, but soon and for the rest of their lives.

Regardless, the Cavaliers and James will always have ‘16. Here’s looking at you, King.