They have a combined audience across YouTube and social media of almost 66 million, and have aggregate views heading into the billions. The world's home workout stars have racked up the numbers in 2020, encouraging a vast array of people to get active at a time when it would have been all too easy to let our fitness routines slide. And the likes of Joe Wicks, Adriene Mishler and Chloe Ting are reaping the rewards when it comes to their now massive fanbases.

A vaccine is on the horizon and there is finally light at the end of the tunnel, but the home workout could well become a part of our everyday routine post-Covid thanks to the extraordinary lengths these heroes have gone to to get us moving over this most testing of years.

The number of people who have got involved has been incredible, but the people behind them even more so. 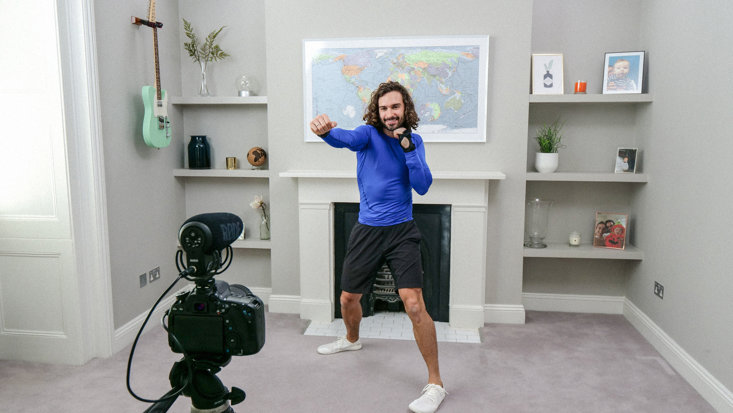 Joe Wicks kept the nation fit and healthy during lockdown with his ‘PE lessons from home’ proving a real hit for families all over the country as we got to grips with staying indoors and, in some cases, not going to school. On 24 March, right at the beginning of lockdown, The Body Coach set a brand new world record as a whopping 955,158 people tuned in for his live stream on YouTube, the most ever in the fitness category.

The daily streams reached 22 million people by April and his YouTube channel exploded, gaining almost a million subscribers in a single week at the end of March. Now sitting on 2.6m subscribers, his most-watched video has been seen a whopping 7.2m times and he helped deliver not only fitness and fun, but routine into the lives of so many families who were struggling during this strange time. Nice one Joe. 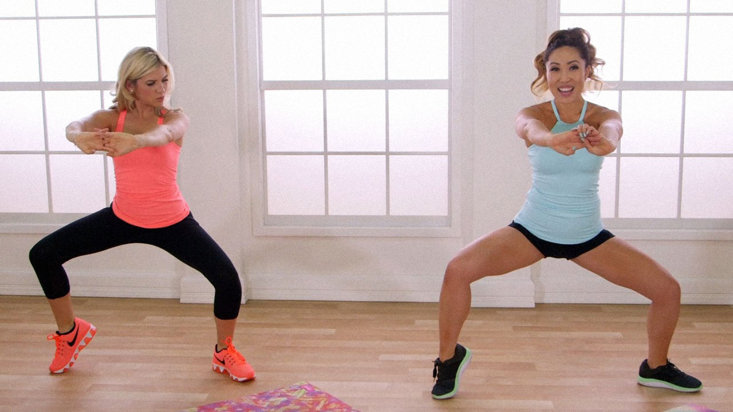 Cassey Ho’s Blogilates just shows how powerful YouTube and social media can be. With nothing more than a camera, good lighting and exercise routines, she has managed to gain 826 million views on YouTube! This year’s pandemic certainly helped boost that number, as she jumped from 1.2m weekly views to 3.8m in April of this year, but this has not been a short-term thing for Cassey. She has been posting videos since 2009, showing the grind that the creators put into their craft.

Now she is flourishing on and away from YouTube, where she boasts 5.4m subscribers. With 2.2m TikTok followers, 1.9m on Instagram, 1.2m Facebook fans and 200k Twitter followers, this has flourished from a fun hobby to a full-time business for the entrepreneur. Who knew pilates were so popular? 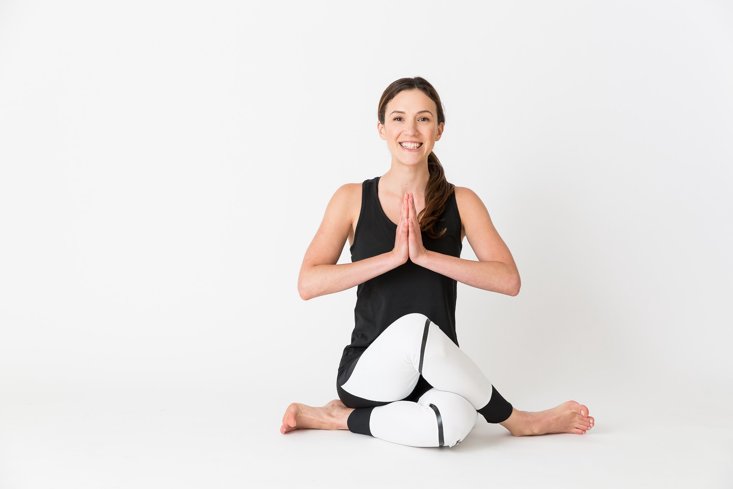 8.74m subscribers makes ‘Yoga with Adriene’ the 987th most popular channel on YouTube and the most popular of all the fitness channels, which is a staggering achievement given the simplicity of her videos. By simplicity, we don’t mean yoga, we are not flexible enough for that - but a yoga mat and apparently a small dog is all you need for internet success.

Adriene Mishler’s numbers are remarkable, her sub count rocketed from 30,000 per week to 180,000 per week at the height of the lockdown and her earnings match that. According to Social Blade, she can earn up to £59,000 per month just from YouTube. She is projected to hit the magical 10m subscribers in just six months’ time and get her hands on one of those incredibly rare diamond play buttons. All from yoga! 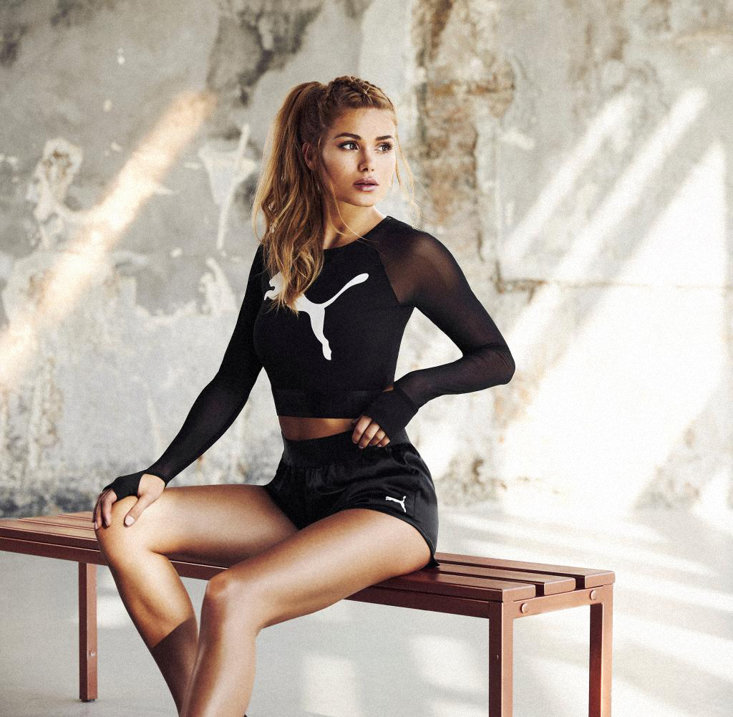 Pamela Reif is a big name on the rise in the fitness section of the YouTube sphere. This year has been absolutely amazing for the 24-year-old German influencer who has gone from internet hit to global sensation. Her content is top tier, which probably explains the ridiculous amount of views she gets on her videos, but this year her content has been evergreen.

Her most-watched video now has 42.9m views but her ‘20-minute full-body workout’ video has flourished as the year has progressed and lockdown has returned. It had 10.1m views in early May, which is mightily impressive, but that number has now swelled to a whopping 37.7m as we approach the end of the year! She now has six videos with more than 20m views, netting her around £75,000 each on average. More remarkably, this video was uploaded in 2018, showing the longevity of fitness content. 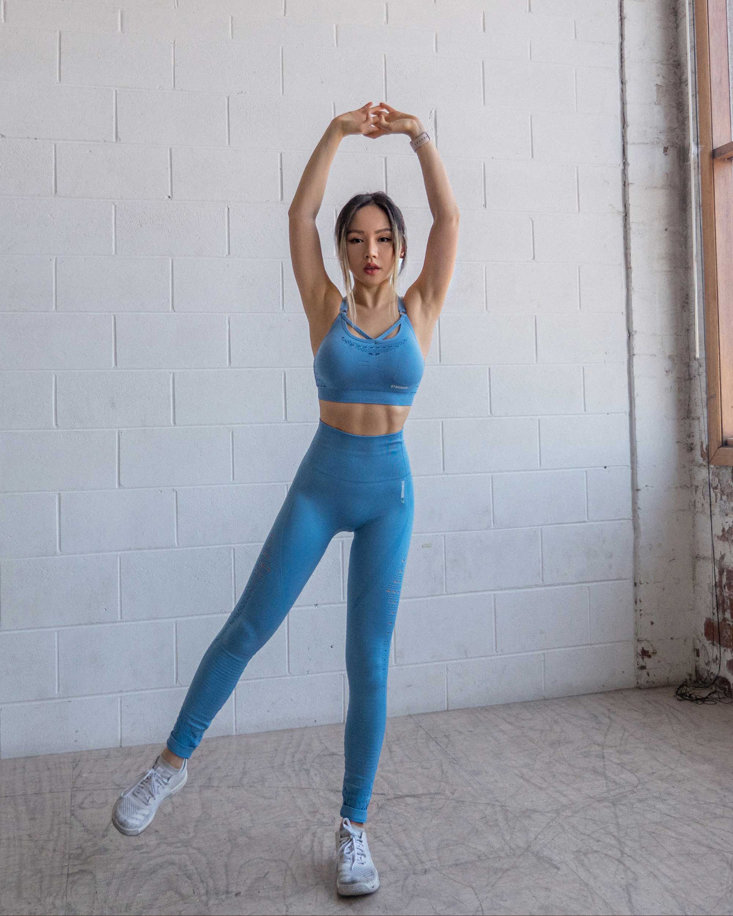 If there is one fitness influencer who sums up just how incredible this year has been for working out at home, then it is Chloe Ting. The fitness fanatic, who runs popular fitness videos such as ‘Two Week Shred Challenge’ has absolutely exploded online, and it is all thanks to the new trend of home workouts.

Beginning the year with 2m subscribers, by March that number had slowly increased to 2.5m. Then lockdown began and her channel got more views and subscribers than ever before. She hit 5m subscribers in April, 10m in June, 15m in October, and is now at a huge 16.7m on YouTube alone. Her other channels are popping too. She didn’t have a TikTok at the start of the year, now she has 523k followers on that platform. Another 2.9m Instagram followers are joined by 37k more on Twitter, while her Twitch gaming channel now has 28k followers and that is a place where she simply streams games!

She is now, like many others on this list, a full-blown celebrity in her own right, and she could not have imagined just how remarkable this year has been for her. She is now closing in on 20m combined followers across all platforms. That’s a 10-time increase in just 12 months. Mind-boggling.