Us Sports
Features
It's 75 years since the instigation of US sport's longest-ever drought
Kris Voakes
16:00, 06 Oct 2020

Hands up if you’ve ever tried taking a pet goat along to a sporting event. No, thought not. So you don’t know how you’d react if you were told your favourite animal was too smelly to attend. Billy Sianis’ response was to place a curse on the Chicago Cubs… and, for more than 70 years, it worked.

Sianis was the owner of Chicago’s Billy Goat Tavern, and Murphy, his unusual choice of matchday company, was the bar’s mascot. On 6 October 1945 he decided he wanted to treat his goat to a day out at the baseball as the Cubs took on the Detroit Tigers in Game 4 of the World Series. This was the Cubs’ seventh trip to the ‘Fall Classic’ since their last win in 1908, and, leading by two games to one in the best-of-seven series, this felt like their time.

But Billy’s choice of companion didn’t go down well in the Wrigley Field bleachers, leading to him being asked to take his goat out of the stadium. After a to and fro with stewards, Sianis stormed out, feeling insulted by the club’s distaste for his pet. As he left the stadium, he allegedly bellowed, “Them Cubs, they ain’t gonna win no more”. And they didn’t. For just about forever.

From being regular National League champions and World Series attendees, the Cubs suddenly became impotent. For the next two decades they stank worse than Murphy himself, never finishing above third place in the National League and only ending with more wins than losses in two seasons between 1946 and 1966.

Then, when a star-studded team was finally cobbled together, the 1969 World Series was in the Cubs’ sights until a late-season collapse saw them lose 18 of their final 24 games. The sight of a black cat running in front of the Cubs dugout in one pivotal encounter against the New York Mets was lost on nobody. What bad luck.

That iteration of the Cubs featured a string of all-stars but they never did reach the World Series, and it wasn’t until 1984 that they were once again on the verge. But an uncharacteristic error by first baseman Leon Durham in their play-off decider put paid to their hopes, and in 1989 they threw away countless good opportunities at the same stage to again fall short of baseball’s biggest occasion. Curses.

The attempts to lift the hex had become desperate among Cubs fans. Sianis’ nephew, Sam, had even gone regularly to Wrigley Field with a goat in a bid to reverse the curse, including on the Opening Day of both 1984 and 1989. But every time there was apparent hope that the Cubs’ luck was about to change, the now-deigned ‘Lovable Losers’ just found increasingly bizarre ways to fail. 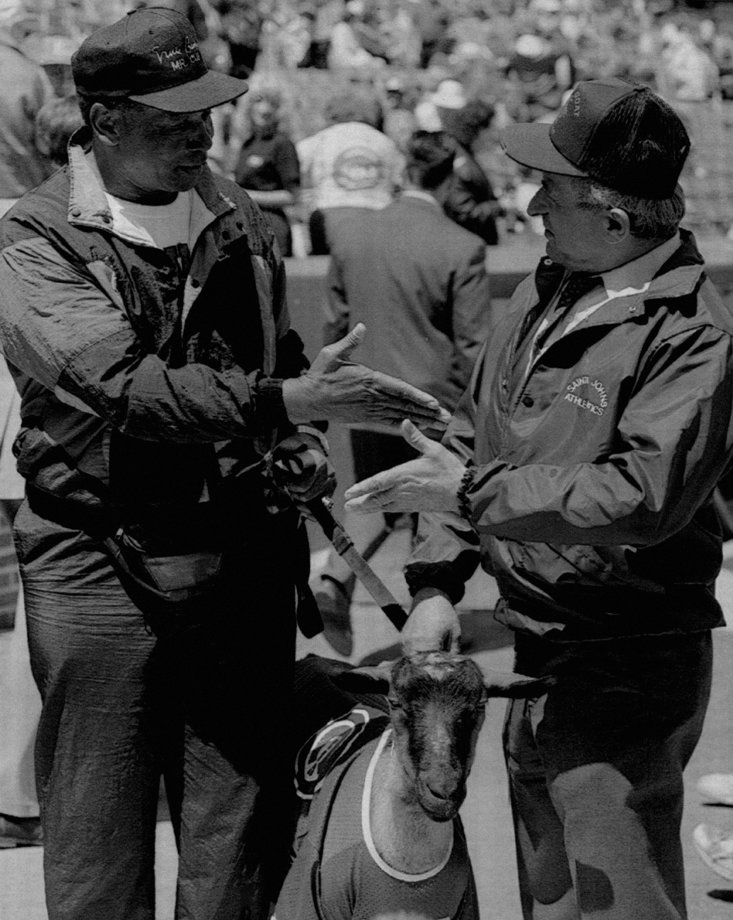 In 2003 – the Year of the Goat, no less – they were within five outs of finally returning to the World Series, leading the Florida Marlins 3-0 in the eighth inning, when a seemingly routine catch for left-fielder Moises Alou close to the outfield wall was deflected by a fan’s outstretched arm. The fan, Steve Bartman, looked mortified. By the time the inning was over, the Marlins led 8-3, the wild atmosphere had grown toxic, the Cubs were destined to miss out again, and Bartman’s name would become every bit as synonymous with the club’s failure as was Sianis’.

The ball Bartman deflected would later be blown up in a bid to end the curse. It didn’t work. Of course it didn’t work. Fans tried all sorts to change the team’s luck, from leading various goats on pilgrimages across the US to getting a Greek Orthodox priest to spray holy water in the Wrigley dugout. But none of it ever worked.

When they finally returned to the Championship Series in 2015, it seemed that the Back to the Future movie franchise had fixed the Cubs’ ills. Part II of the famous 1980s trilogy had seen Marty McFly travel forward 30 years to 2015, where he was greeted with a video newscast announcing that the Cubs had won the World Series. But, just one step short of reaching the promised land, the Cubbies were swept by the Mets. The name of the Mets’ star of the show, hitting home runs in all four games? Murphy. 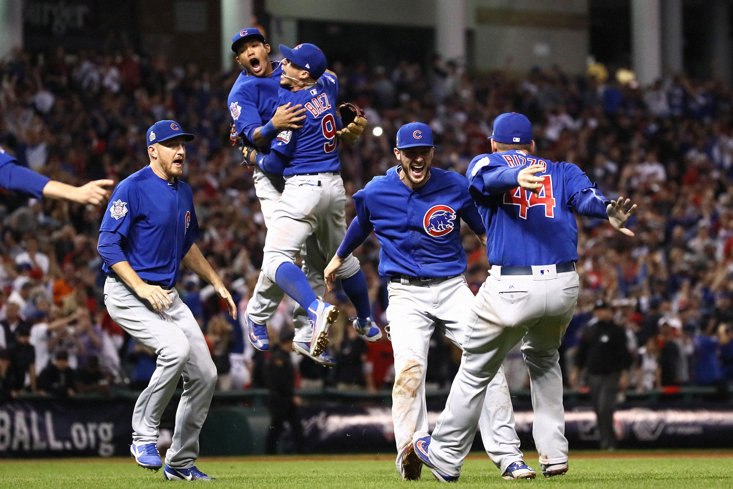 Twelve months later, the Cubs finally broke the curse. Led by a superb pitching staff and a core group of exciting young hitters, they reached the World Series for the first time since Sianis and Murphy had been ejected back in 1945. In the decisive Game 7 against the Cleveland Indians, the Cubs looked set to repeat history by throwing away a 6-3 lead to end the regular nine innings tied at 6-6. At that point, a 17-minute rain delay interrupted proceedings. The Gods had done their bit.

Refreshed, and with a clear mind, the Cubs returned to the field to win 8-7. Finally, the 108-year wait for a World Series title – the longest championship drought in American sports history – was over.

Generations of fans celebrated, many thinking of relatives who had never got to see the day their beloved Cubs had won the World Series. Others thought immediately of the goat-shaped spectre which had hung over Chicago for 71 years. Finally, the curse broken, the Cubs could go back to being just like every other team, with successes and failures of their own making and no more stinking billy goat on which to pin all the blame.