English football fans got their first taste of the ‘new normal’ this week as the Premier League made its long-awaited return after a barren 100 Days of Solitude. However, despite the goals, the glory and ‘feels like we’ve never been away’ attitude, the football at the moment is like the completed centre of a jigsaw without being surrounded by edge pieces. You have the picture in the middle but it is lacking its overall effect. And that is of course due to the absence of fans.

On the continent, AGF Aarhus are undefeated in the Danish Superliga since the league’s restart in mid-May. One of the oldest clubs in Europe, AGF have become something of a trendsetter as society begins to emerge from the claustrophobia-inducing coronavirus climate, and football begins to flower once again. The Jutland outfit have pioneered incorporating their locked-down supporters into the match-day experience via "the world's first virtual grandstand", allowing fans to remain that fundamental part of the footballing tapestry they have always been. 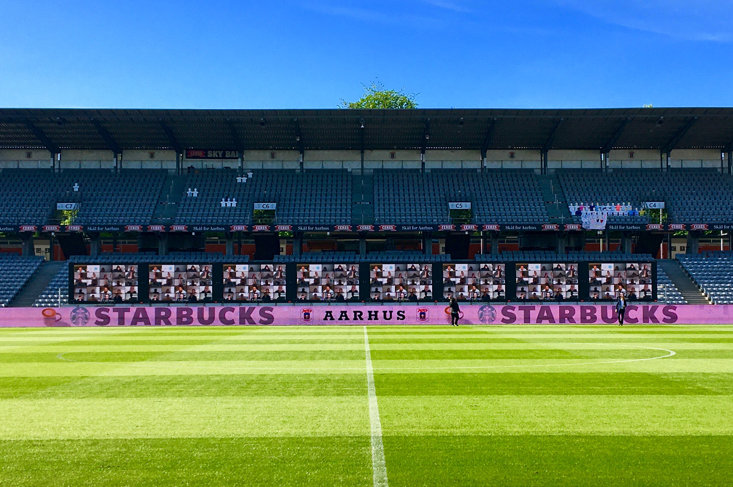 “I don’t want to see a football game without any supporters,” Søren Højlund Carlsen, AGF Aarhus’ Head of Media, tells The Sportsman, “That doesn’t give me the feeling I desire when I see football. And I don’t want to work in a club where the team has to play in an empty stadium just to win points and play the game of football.

“I want to be part of a family and I want to make sure fans have something to be happy about: that is the purpose of a football club.”

AGF consequently installed a giant LED screen, 40 metres long, three metres high, pitchside inside their Idrætspark, acting as Aarbus’ ‘home stand’. Alongside that there was a smaller screen for the away fans, and another for neutral spectators.

“We want to be an open and inclusive club,” explains Søren, “We use a saying in Denmark; ‘good hosting’. It’s important for us that the away fans have a good experience.

The concept itself is deceptively simple: it’s virtually a mass multiplication of the system we’ve become accustomed to in our living rooms, for work meetings, family gatherings, and those quizzes (sick of them yet?) AGF’s plan ultimately boiled down to a hell of a lot of Zoom meetings (a super broadband connection needed). The games have seen around 200 set up, and in each meeting there are several hundred people. Then there’s 50 moderators who can each, at the push of a button, put each of these meetings up on the screen. 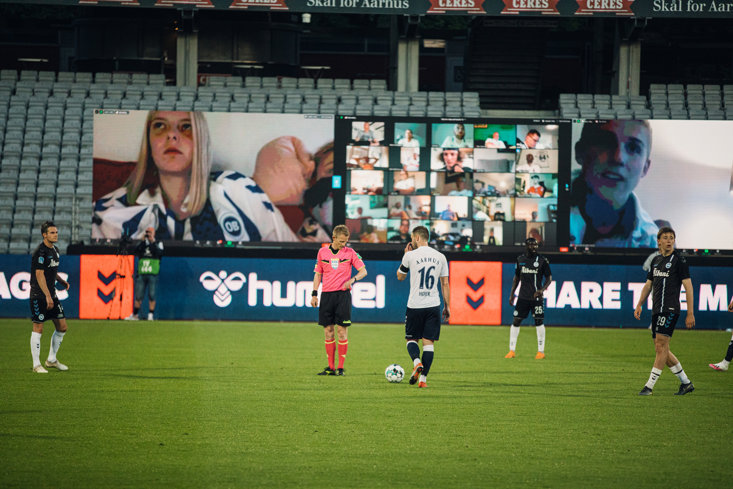 “The most important thing technology-wise, is to have a brand new recent model screen,” says Soren, “We’ve been speaking to clubs like Tottenham Hotspur about this and our advice has constantly been, ‘don’t resort to using the big screens currently at your disposal’. You need the screens alongside the pitch, not up in the air, as is common in most of the modern venues, to help with both the atmosphere and having a good image for television.”

Though leagues such as the EPL, Serie A, and La Liga are just reigniting and adopting the methods that Aarhus have driven, the club’s own project is now winding down, due to the increased opportunity in Denmark for fans to attend games. Søren explains what English football fans can expect as it tries to make spectatorship part of the restart, and the positive impact AGF’s methods have had.

“We are a one-club city, we’re the only big club in Aarhus and that means almost everybody who is interested in football in the city knows who AGF are and we have their support. We have a very loyal fanbase who have seen three relegations but they’ve stuck with us.

“Supporters have already asked for season tickets for the next campaign, they’ve been buying more shirts, and rejected the opportunity for ticket refunds. During these last three months it’s really been highlighted how big a support we have in this city.” 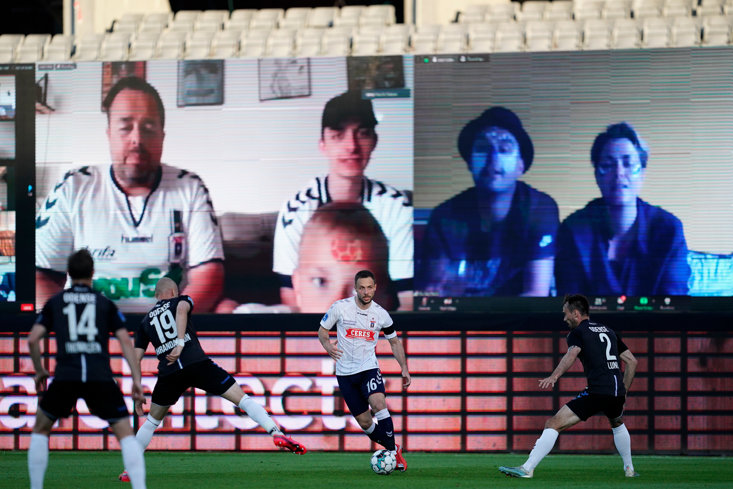 Based in the second-largest city in Denmark, AGF has a core support base of around 12,000 people, a figure that has been rising for the last couple of seasons, with particular strength gained from a growing number of young, extremely vocal supporters. The club can boast the largest group of supporters outside of the capital. After contacting communications company Zoom, AGF began by inviting their season ticket holders. After a positive response, the opportunity was then opened up to the wider fanbase. Imperatively, AGF haven’t charged for this service.

Their first game (versus Hangers) was also the first game of the resumed Superliga season, with 10,000 people with tickets. After the game started it became apparent that the viewing figures were much higher, with family members and friends congregating, for an estimate of around 30,000 tuning in via the platform. 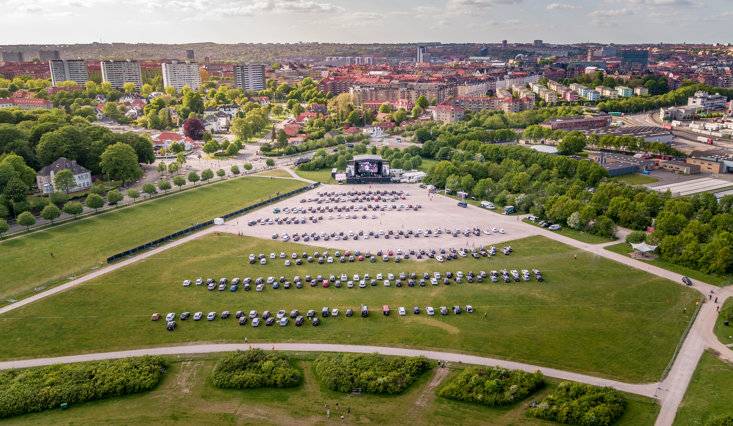 “It was almost like an intimate experience, we got to peer through the lens, through the screen, into our fan’s houses,” describes Søren, “I remember the first game was a very moving experience. We scored an equalizer in the local derby, a very important game for us. We basically needed one point for a top-six finish and a championship playoff place. After we scored in extra time, I looked up at the screen and saw an elderley couple in their 70s. The man couldn’t stand but his arms were up in the air in celebration, the wife gave him a big kiss. That’s something you wouldn’t get to see at an ordinary game.”

So in Denmark at least, a form of recognisable fans-at-the-game has returned. “It hasn’t been football, the game, that we have been missing,” stresses Søren, “ It has been football as a community.”