Football
Features
It is nine years since the Italian walked and Redknapp was acquitted in court
Kris Voakes
14:00, 08 Feb 2021

For Harry Redknapp, it was the end of a nightmare. For Fabio Capello, it was the end of his relationship with the FA. A pivotal day in English football history on 8 February 2012 very nearly led to Redknapp being appointed as England manager. Instead, both of their careers would soon be winding down.

Redknapp had been through a stressful court case in which the then-Tottenham boss stood accused of accepting untaxed bonus payments from former Portsmouth chairman Milan Mandaric during his spell in charge at Fratton Park.

And as he addressed the media on the steps of Southwark Crown Court after his name had been cleared, he breathed a clear sigh of relief. “It’s been a nightmare,” he admitted. “It’s been five years, it’s a case that should never have come to court. I’m looking forward to going home and getting on with my life.”

His life appeared set to take another massive turn for the better too, as news emerged that Capello had quit as England manager that very same day after a meeting with the FA.

Earlier that week, the Italian had stated that he was angered by David Bernstein’s interference as the FA chairman moved to take the England captain's armband from John Terry while the Chelsea star awaited his own court case in relation to the alleged racist comments directed at QPR’s Anton Ferdinand.

“I thought it was right that Terry should keep the captain’s armband,” Capello told RAI. “I have spoken to the chairman and I have said that, in my opinion, one cannot be punished until it is official and the court – a non-sport court, a civil court – has made a decision to decide if John Terry has done what he is accused of.”

Seeing it as a move by the FA board to take crucial football judgements out of the manager’s hands, Capello made a stand. His admirable principles were never going to be conducive with what the FA had done regarding Terry’s standing in the team setup, and his resignation was the inevitable result of the one-hour meeting which followed. 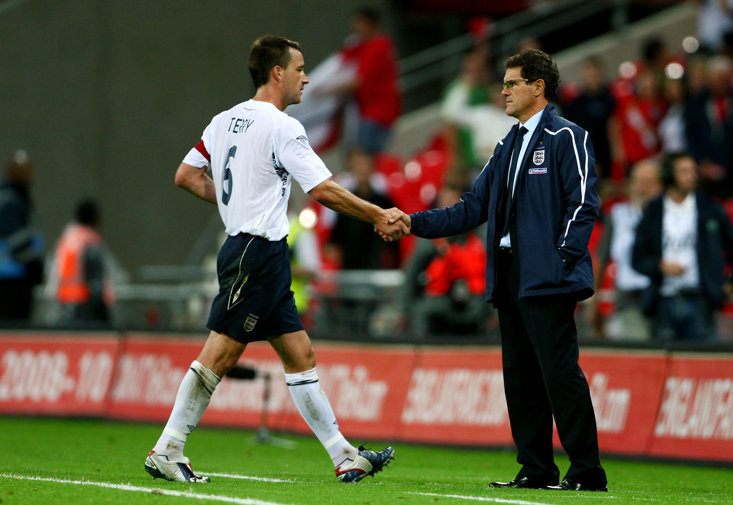 The fact that it coincided with Redknapp’s acquittal led the vast majority of the British public to believe that there was only one successor in the picture. At the time, Redknapp was one of the hottest properties in British management, with his success in leading Spurs to the Champions League quarter-finals in their first ever season in the competition following on from a shock FA Cup triumph as Portsmouth boss.

To many, including two former England coaches, he was the obvious choice to succeed Capello in charge of the Three Lions. “I think Redknapp will be a very, very good choice,” Sven Goran Eriksson told the BBC. “He’s English, he knows his football, he’s doing a great job with Tottenham and has done a great job with every team he’s had in the past.”

Graham Taylor concurred, saying: “Should the FA wish to offer him the England manager’s job it’s a clear path for them. Harry Redknapp is well in line to become the next manager, and now that his innocence has been proved I fully expect it to happen.” 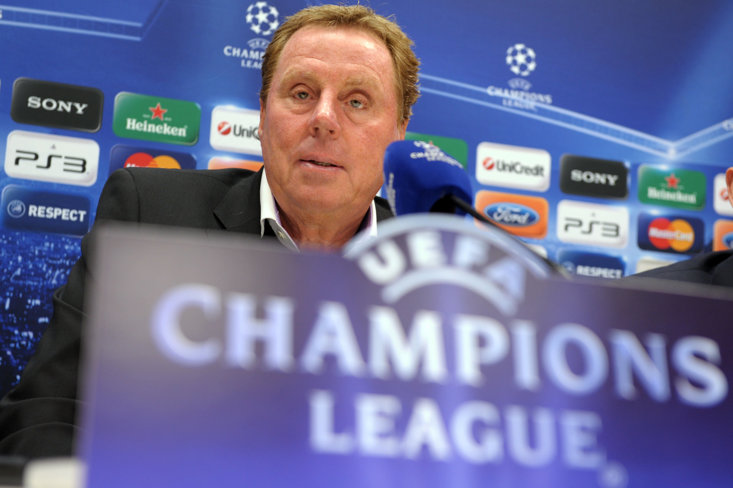 But it didn’t happen, and the only national team Redknapp got to manage was Jordan. After the FA plumped for Roy Hodgson to lead the nation at Euro 2012 instead of Redknapp, the former West Ham and Southampton boss was sacked by Spurs midway through the summer tournament following a failure by the two parties to agree a new deal.

A spell at QPR followed for Redknapp, before two games in charge of Jordan and a failed five-month stint at Birmingham City, which would be his last as a manager. The man who so very nearly become England boss, and seemed to be the inevitable pick for the top job nine years ago to this day, ended his managerial career in 23rd place in the Championship.

“My career’s gone,” he admitted a month after his Birmingham departure. “I’ve had a long spell managing, I’ve done around 1500 games or something crazy. I don’t see myself going back into football.”

While Capello would take charge of Russia for three years and spend nine months in the Chinese Super League with Jiangsu Suning, his England exit was fundamentally the end of his career in the major spotlight.

Neither Capello nor Redknapp would take England to Euro 2012, and before too long both were bowing out of football ignominiously. It is to be argued that both deserved better.