Motorsport
Features
The F1 champ's evolting routines have been key to his success
Jack Porter
18:00, 29 Oct 2020

Lewis Hamilton hates being second best. He hates losing more than he loves winning. His record 92 Grand Prix victories achieved over a 13-year Formula One career are the most obvious testament to the desire to consistently pass the chequered flag first. And he is fast becoming recognised as having the physical presence that other drivers should aim to replicate too, such is his magnificent physique at the age of 35. But how exactly has he done it?

Formula One racers now need to meet the minimum weight of 80kg driver and seat rule, so finding the balance between remaining light and building muscle mass is key. The most strain in competition with the vicious G-force is placed on the neck and core muscles. In an interview with Men’s Health in June 2020, Hamilton explained the extent of his regime, “I like lifting weights, but I have to make sure that I don’t overdo it. Formula One drivers can’t be too heavy: more muscle means more kilos. It’s also disadvantageous to put too much muscle on your shoulders and arms, because you need to have a low centre of gravity in the car.” 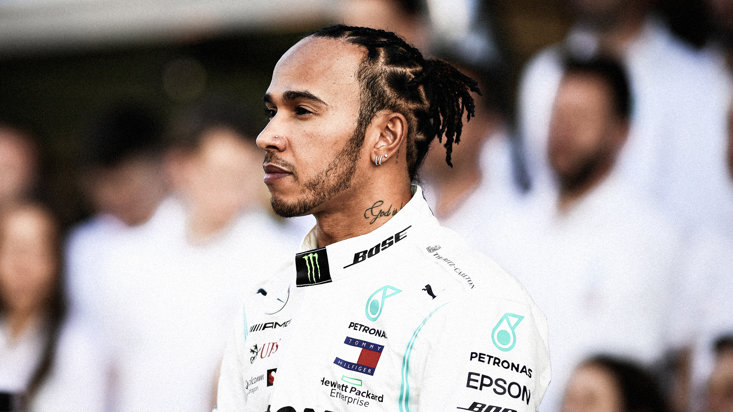 There’s no surprise here. Since 2017, Hamilton has been perhaps the most visible advocate for veganism in sport, taking it outside the realm of the personal to launch Neat Burger, an international vegan burger restaurant. He’s even put his pet pooch Roscoe on an all-plant diet! Soon after his own lifestyle change, Hamilton claimed that was “feeling the best I’ve ever felt”.

“Physically I feel incredibly clean and healthy,” he declared in an interview with CNN soon after converting. Having to maintain a heart rate of a marathon runner, at around 180 beats per minute, on race day, the internal detox seems to have benefitted his cardiovascular system. 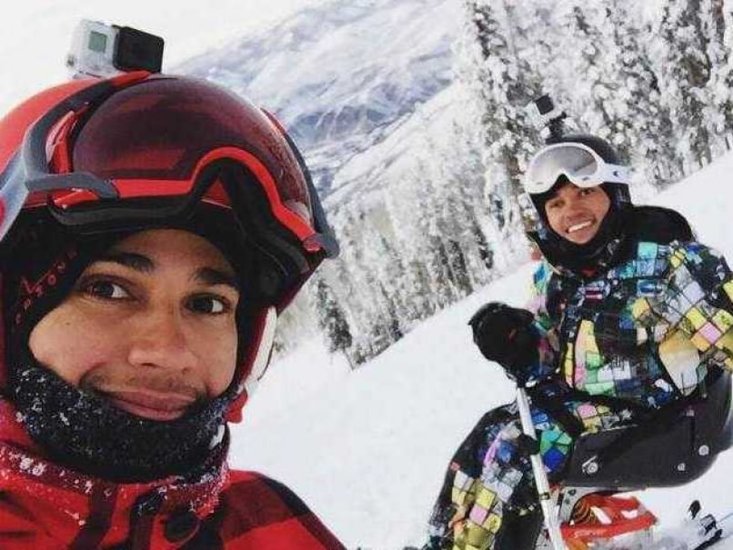 Another British F1 champion, James Hunt, used to exist on beer, sex, fags, and vodka mixed with kids’ juice drink Five Alive, but ever since breaking onto the scene in the mid-2000s, Hamilton has ensured that his physical prowess has remained top of the agenda. He is said to have invested four to six hours a day in physical fitness training, including long bike tours, swimming, hiking and skiing, and is not averse to posting videos of himself across social media in the middle of runs in the various hotspots on his global tour.

Listening to the body 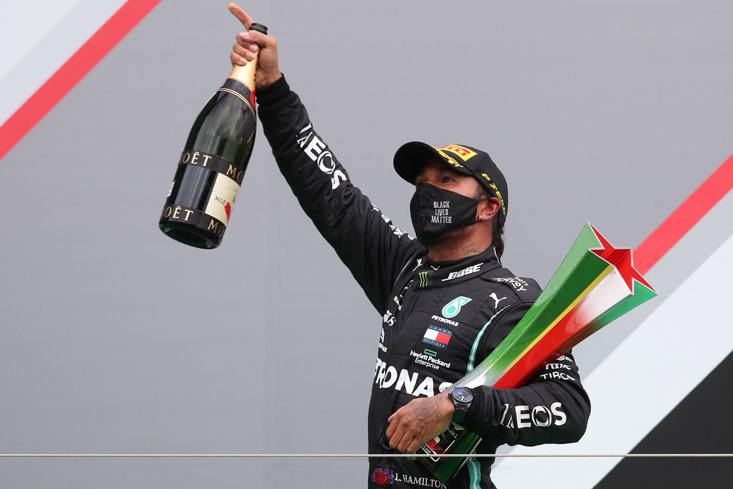 Hamilton isn’t a young whipper-snapper anymore. Only one other driver on the current grid is older than him, and there’s no doubt that had he remained ‘2007 Hamilton’ he wouldn’t now be a six-time world champion heading for a record-equalling seventh.  “You can always improve,” he told Sky F1’s Martin Brundle in May 2020. “As a driver, how can I deliver better performances? Every year, and even through the season, the technique’s evolving.”

And as he added on Instagram earlier in 2020, “Every year I try to find the right balance between being the fittest athlete I can be, a good businessman and deliver on all platforms. It is far from easy but I give it my all. I listen to my body, fuel it to the best of my knowledge.” 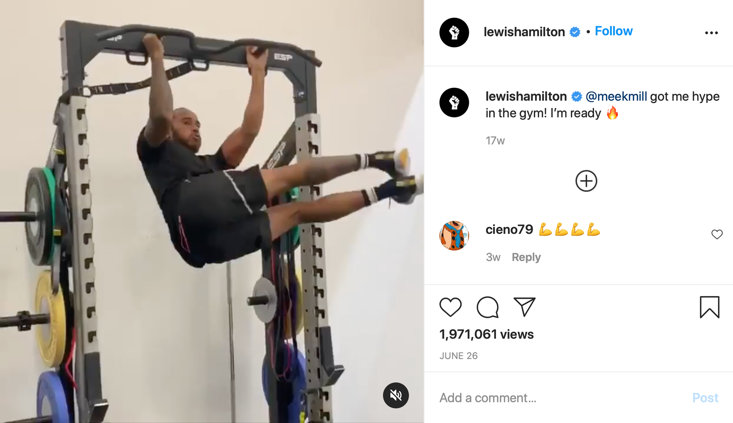 Nobody wanted a lockdown in 2020, but Lewis made the most of it, taking his fitness routine to even greater lengths as a result of the extra time holed up at home.

“With all that is happening in the world, my only getaway is to channel the emotions and energy into building my body stronger,” he posted on Instagram during the national shutdown. “This has been the best training period I’ve ever had, I can’t stop and I won’t!”

There is absolutely no let up from the man. There’s no wonder he’s so far ahead of the field.