This season’s FA Cup has seen a bit of everything. From Gareth Bale playing in front of fans in back gardens at Marine to Chorley players celebrating their giant-killing win over Derby County with a group sing-along to Adele. But it is Ben Kay who is fast becoming the real star of the world’s oldest club competition.

Ben is Chorley’s head groundsman, and his story has truly caught the imagination of football fans across the country. He hit the headlines in early January after sleeping on the Victory Park pitch overnight to ensure the Magpies’ game against Derby could go ahead after days of wintery weather. Now, after his work helped Chorley get the better of the Rams, a Premier League powerhouse is heading north in Wolverhampton Wanderers.

“Wolves won’t know what’s hit them when they turn up here,” he jokes to The Sportsman ahead of Friday night’s clash. It hasn’t stopped raining in Chorley, he tells us as we chat, and a puddle the size of a lake has been forming in one part of the ground. “I’m surprised there’s no ducks on it yet!” he laughs.

Snow has also been falling in Lancashire this week. It’s far from ideal, but Ben has been in this situation before. Before the Derby match, it was all systems go and, with one almighty effort, he got the game on. 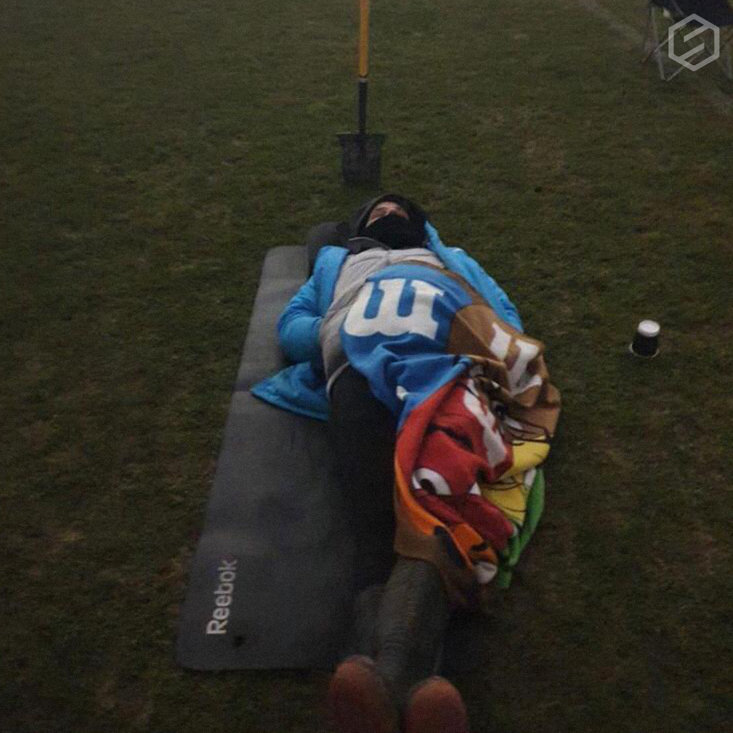 “It was absolute chaos,” says Ben of the build-up. “People don’t realise that since 27 December we’ve not had a fit, playable pitch. We played AFC Fylde on Boxing Day and the next day Storm Ella came in. We had snow, rain, then the day after, it froze! We had to get a tent in to defrost the pitch. I couldn’t even run a mower over it or clean the pitch up, no maintenance. The way the tent is, it draped down at its lowest point, so the corners were up and all the hot air was circulating under the tent.

“At 6pm it was still frozen so we made the conscious decision, me and a couple of the kit guys who volunteered to stay with me, to sleep under the tent to defrost the corners of the pitch. We got straight to work and put the free-kick mannequins as far in the corners as we could just to raise the tent and then had portable heaters too.

“I think I was asleep for an hour maximum because we were constantly working. I had the gaffer ringing me too in the middle of the night asking what the chances were. My feeling up until 8am was that it wasn’t going to be on.”

It was touch and go, and a Covid outbreak meant Derby would be fielding youth players. If the match was delayed there was a real possibility that the visitors’ new manager Wayne Rooney and his first team would be coming to Victory Park on the rearranged date. Ben had to get the game on as this was an unbelievable chance for Chorley to reach the fourth round and the club’s owner knew it too, asking for updates on the progress of the pitch at every turn.

Luckily for Chorley, thanks to Ben’s endeavour, the match got the go-ahead. And while one of the referee’s assistants slipped and landed on his backside on the sideline in the opening minutes, there were no other hitches as Chorley recorded a famous 2-0 win. 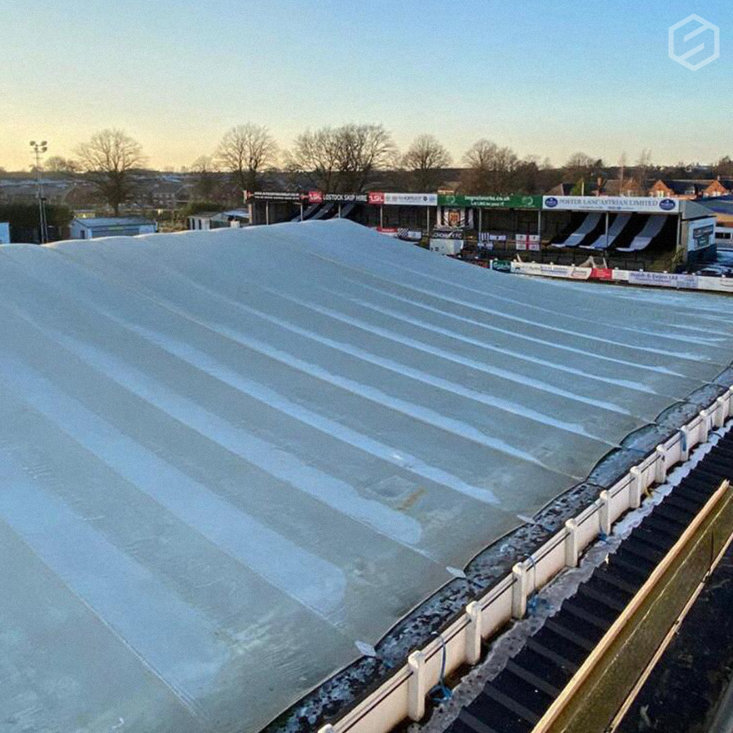 “The Derby game, from a groundsman point of view, this was my time to shine; a live game on television,” he explains. “I started work on the Friday at 6am and only got home at 6pm on the Saturday so that’s 36 hours. I did manage to nip home just before tea time to say to the wife ‘you won’t see me tonight’ and let the kids know.

“I’d not been able to get on the pitch for two weeks so that was a bit disheartening, but it was a mammoth effort from everybody. It’s the same again now. We played Derby Saturday, Leamington Tuesday and I’m just hoping that Friday is a dry day so we can run the motors over it.”

While Derby was a big challenge, Wolves on Friday night is another story altogether.

“They actually sent someone on Monday to have a look around at our facilities, to see how different it will be - the changing room won’t hold all of their players. We’ve had to give them five rooms in the main stand, for the manager, the physio, overspill for the subs. There will also be temporary seating for their staff and a stage has been erected for the live commentary.”

The size of the task ahead is not lost on Ben, “You’re literally having celebrities turning up at your door,” he says. “They’ve got a £35m 18-year-old.” 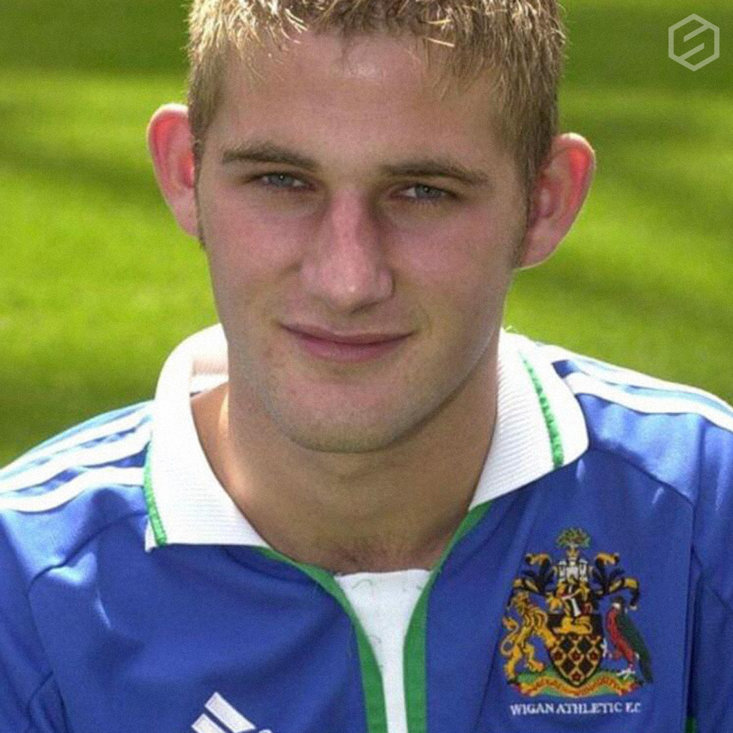 BEN IN HIS PLAYING DAYS AT WIGAN

The gulf between the two sides is vast, but while Chorley may not be able to pull off the miracle of all miracles to make the FA Cup final, they will have some representation in Ben following an invite to be part of the pitch crew for May’s showpiece following his work ahead of the third-round tie.

It will be a dream come true for Ben to step out at Wembley, especially after he enjoyed an all-too-short professional career. Having played youth football with former Everton and England international Leighton Baines, he was in the same Wigan first-team squad as the likes of Stuart Barlow and Andy Liddell before being released.

“It doesn’t matter how long you played, the memories you’ll take to your grave,” he says proudly. “It’s a great achievement; not many people become professional footballers.”

After leaving football, he worked with his uncle who cut grass for the local council. From there, he became head groundsman at a school before his contacts in the game helped him land a job at Chorley. Who knew the role would give him another shot at Wembley glory?

“It’s absolutely brilliant,” he says at being invited to the iconic arena. “Growing up and playing football, you see Wembley as the best stadium in the world. Ideally you want to play on there as a player but unfortunately that didn’t happen, so at least I’ll maybe get to cut the grass. Even just to walk on there and get a photo on the centre of the pitch though, how many people can say they’ve done that? It’s an unbelievable thing for me and I’m really looking forward to it.”

Yes, the showpiece fixture will likely be played between two heavyweights but Ben Kay has been working hard again all week to give Chorley every chance to cause another big FA Cup upset on Friday.