We all love an underdog - and never more so than in a movie.

There have been hundreds of movies made about sporting underdogs - Rocky, Dodgeball: A True Underdog Story and The Mighty Ducks to name but a few - but what many of them have in common is that they aren't based on real-life characters.

Here we run you through the best five movies that were based on actual, bona fide sporting underdogs. 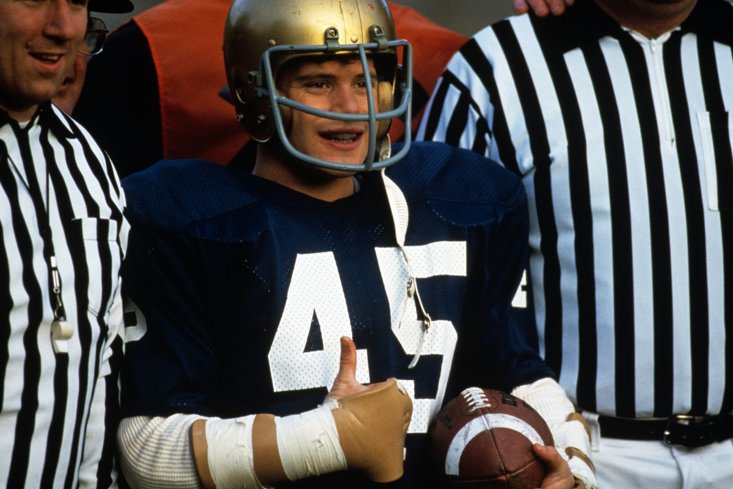 Rudy is a 1993 biographical drama movie directed by David Anspaugh.

It's an account of the life of Daniel "Rudy" Ruettiger who, in the late 1960s, had dreams of playing American football at the University of Notre Dame in Indiana, despite there being a number of significant obstacles in his way - including dyslexia, poor grades and a lack of funds.

Sean Astin (of The Goonies, Lord of the Rings and Stranger Things) portrays Ruettiger, as the Illinois native overcame the odds to achieve his dreams, and the movie co-stars Ned Beatty (Network), Charles S. Dutton (Alien 3) and Lili Taylor (Mystic Pizza).

It was the first movie that the Notre Dame administration had allowed to be shot on campus since Knute Rockne, All American in 1940 - and it has a Rotten Tomatoes score of 78%. 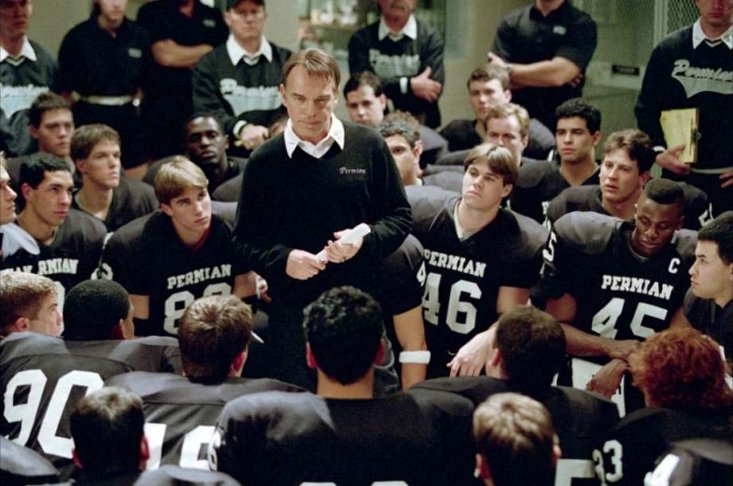 It is based on the 1990 book Friday Night Lights: A Town, a Team, and a Dream by H. G. Bissinger which, in turn, was built around the story of the 1988 Permian High School Panthers American football team, as they made an unlikely run towards the state championship.

The Panthers ultimately failed to win the championship, but the movie earns an 81% rating on Rotten Tomatoes regardless.

It tells the story of Michael "Eddie the Eagle" Edwards - a British man who, in 1988, became the first competitor in 60 years to represent Great Britain in Olympic ski jumping.

It stars Taron Egerton (of Kingsman, Legend and Rocketman) in the titular role, with the likes of Hugh Jackman (X-Men), Christopher Walken (The Deer Hunter) and Jim Broadbent (Iris) supporting.

Eddie the Eagle came in last place at the 1988 Winter Olympics in Calgary, Alberta, Canada - rather emphatically, in fact - but the movie gets 80% from Rotten Tomatoes.

The Fighter is a 2010 biographical drama directed by David O. Russell.

It features the life of professional boxer Micky Ward as he goes from being a ‘stepping stone’ for other boxers to defeat on their way to the top, to winning the welterweight title. He is coached by his older half-brother Dicky Eklund - a former boxer who, at the peak of his career, went the distance with Sugar Ray Leonard in 1978.

It stars Mark Wahlberg (Boogie Nights, Planet of the Apes and Ted) as Ward and Christian Bale (The Dark Knight Trilogy) as Eklund, with Amy Adams (American Hustle) and Melissa Leo (Frozen River) in supporting roles.

It was nominated for seven Academy Awards - winning two of them - and has a rating of 90% on Rotten Tomatoes. 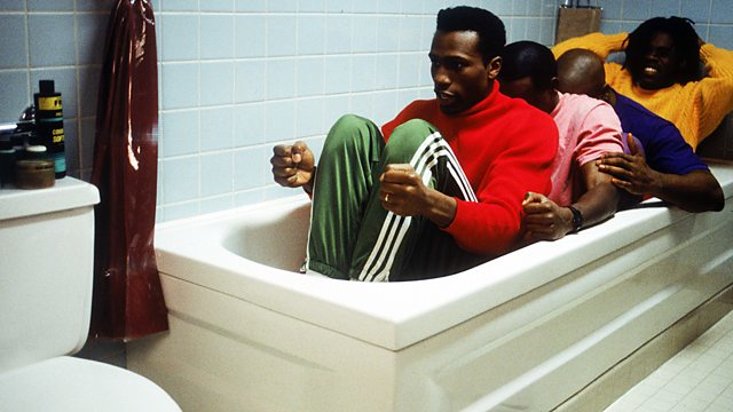 Cool Runnings is a 1993 comedy movie directed by Jon Turteltaub.

It is based - albeit loosely - on the true story of the Jamaica national bobsleigh team's debut in competition during the 1988 Winter Olympics.

It stars the late John Candy (Spaceballs, Uncle Buck and Planes, Trains and Automobiles) as the team's coach in his last movie to be released before his death,with Leon (The Temptations), Doug E. Doug (Cosby), Rawle D. Lewis (Spy Hard) and Malik Yoba (New York Undercover) playing the parts of the team's members.

The quartet performed admirably - even looking like medal contenders at one point - but they didn't officially finish their final run. They were lauded as heroes anyway  - and the movie gets a Rotten Tomatoes score of 77%.

More
boxing
Born To Box: The Extraordinary Story Of Nipper Pat Daly
“They’ll laugh at you, son. Wait until you’re a little older.” It’s 1920s [ ... ]
boxing
Mia St. John - The Boxing World Champion Using Her Power For...
Mia St. John had a purpose in life. It was, in her own words, “to kick somebody’s ass”. [ ... ]
football
From The Ox To Dele Alli, Meet The Photographer Trusted By Football's...
Matt Gordon enjoys PlayStation with Liverpool’s Trent Alexander-Arnold, holidays with rising football [ ... ]
football
Robbie Fowler By Numbers: From L8 to Liverpool Legend
A ferocious storm straight from the heavens hit west London on Wednesday 22 September 1993. Craven Cottage [ ... ]
football
The Crazy, Continent-Crossing, Love Affair...Welcome To The...
5,031 miles. That's the exact distance that separates Aston in Birmingham from the Ghanain village [ ... ]
sports
From Kelly Slater To Serena Williams, The Athletes Stepping...
“We are facing a man-made disaster on a global scale.” Not our words but those of Sir David [ ... ]
football
Fenerbahce's Light Out Of The Dark: When Turkish Women Ruled...
Hearing the cry of ‘Women and children first!’ could understandably take you to that freezing [ ... ]
boxing
Finding Mike - All The Details So Far On Jamie Foxx's Tyson...
Mike Tyson is one of the most explosive and enigmatic sportsmen of all-time. His life has been one of [ ... ]
football
A Wonder Of The Footballing World: Celebrating The San Siro
The position as a modern-day Antipater would be unenviable if one was tasked with nailing down the Seven [ ... ]
boxing
Ken Norton, The Former US Marine Who Used A Self-Help Book To...
Not a soul in attendance, even in his adopted hometown, believed Ken Norton had a chance of beating [ ... ]
football
11 Points And Down In March: Derby County's Nightmare Premier...
It is the 39th minute at Pride Park in front of a roaring 33,000 strong crowd, the majority of whom [ ... ]
motorsport
184MPH On A Push Bike... Meet The Fastest Cyclist In The World
The scorching Bonneville Salt Flats of Utah. As far as the eye can see, the view is only a two-tone [ ... ]
football
Thanks Gaffer - The 19th Century Moniker Modern Footballers...
If you watched ‘The English Game’ on Netflix recently, the countless differences between [ ... ]
football
We’ll Raise Your 27-0 And Give You 31-0, The Biggest Hammerings...
Winning provides happiness. Losing provides wisdom. In football, it takes two sides to create history, [ ... ]
football
Joaquin, We Salute You - Real Betis Royalty Who’s Reigned For...
Eight years. That’s the average length of a professional footballer’s career. Average. Joaquin [ ... ]
football
From The Work Of Art To The Throwback, The Season's Best New...
Leeds United were the first. That’s right, the Elland Road club who are back in the Premier League [ ... ]
tennis
From Stockport Rebel To Hollywood Favourite, How Fred Perry...
“I’m a great believer in trying to look the part. It’s a fetish with me.” For [ ... ]
football
Germany Vs Bayern? Brazil Vs Exeter? These Are The Best Club...
The club versus country row has increased this century, with the soaring popularity of the Premier League [ ... ]
football
Bill Shankly - The Teenage Miner, Midfield Star And Managerial...
Bill Shankly wasn’t only a great football manager, you know. He was one hell of a player too. [ ... ]
tennis
Why John McEnroe Epitomises The Best In Tennis And How It Can...
It’s nearing the end of the long, hot summer. The year is 1984. You’ve got your Member’s [ ... ]
football
Toffees, Trophies And T90s: Rooney’s Football Journey Through...
Wayne Rooney’s right foot was explosive, like a traction engine as Alan Partridge would put it, [ ... ]
tennis
Remembering Little Mo, The Grand Slam Winning 'Killer In Pigtails'
No other player has arguably had such a profound effect on tennis, in such a tragically short space [ ... ]
cricket
It Pays To Be Patient: The Sportsman’s Ode To 140 Years Of Test...
Can you imagine trying to sell Test cricket to the public in 2020, if it was a new invention? Given [ ... ]
boxing
First Glimpse Of Greatness: When Ali Fought Fear With A Parachute...
As he sat there on bended knees in the middle of the aisle, the beads of sweat rolling down his forehead [ ... ]
boxing
The Newport Rocky: The Best British Boxer You’ve Never Heard...
Before David Haye and Tony Bellew, there was David ‘Bomber’ Pearce. A British cruiserweight [ ... ]
us-sports
Vince Lombardi: NFL Legend, Pursuer Of Perfection, Champion...
His name adorns American football’s ultimate prize thanks to his outstanding record as a coach [ ... ]
tennis
Serena Williams Doesn't Need The Grand Slam Record - She's Already...
There is no benefit in asking when it will end, just be glad that it’s happened. And still happening. [ ... ]
football
The Most Successful 'Failure' Ever? Reflecting On Bale's Time...
You’re worth £90million. At home - or rather in your stunning, sunny Spanish villa, hundreds [ ... ]
boxing
Rocky Marciano - The Epitome Of The American Dream And An Age...
With the Great Depression and Second World War firmly in its rear-view mirror, the 1950s saw the United [ ... ]
boxing
Groves, Ali And A Life Inside Boxing: The Sportsman Interviews...
Irish boxing coach Paddy Fitzpatrick is the man you want in your corner. And not just in the ring. He’s [ ... ]