Sports
Features
Lucky there's a man who, positively can do, all the things that make us laugh and cry
Kevin Stewart
10:40, 28 Aug 2019

Much like The Simpsons, Family Guy has now covered pretty much every topic it's possible for a TV series to cover - to the point that it often gets accused of copying Matt Groening's long-running classic.

And although there haven't been quite as many sports-based episodes of Family Guy compared to The Simpsons, there have been enough to put together a list of the best of them - and that's exactly what we're going to do here.

These are the five best sporting episodes of Family Guy...

Bookie of the Year 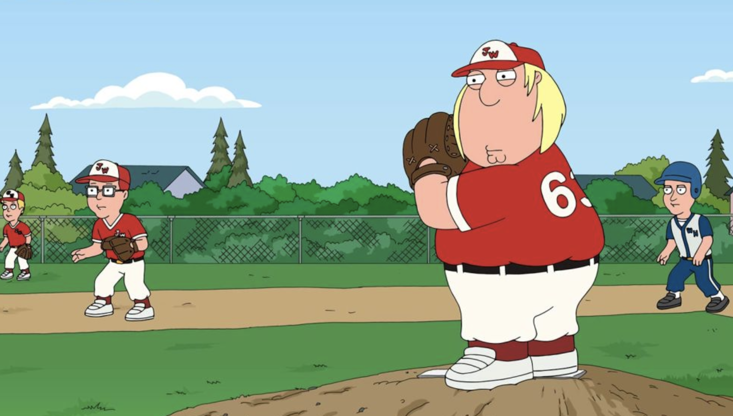 Bookie of the Year is the second episode of season fifteen of Family Guy - and it first aired on October 2 in 2016.

The episode saw Chris Griffin beginning to show signs of aggression - and when his father, Peter Griffin, attempted to help him deal with his anger issues by having him throw rotten apples at cars, they discovered he was actually a very talented baseball pitcher.

When Chris hit the car door of the baseball coach at his high school, he received an invitation to join the baseball team.

Peter and his buddies then concocted a scheme that saw people betting against Chris when they first laid eyes on him, only for them to lose money when he showed his surprising ability during games - but Peter ended up in an impossible position when the only way to salvage his title game bets was to have Chris lose on purpose. 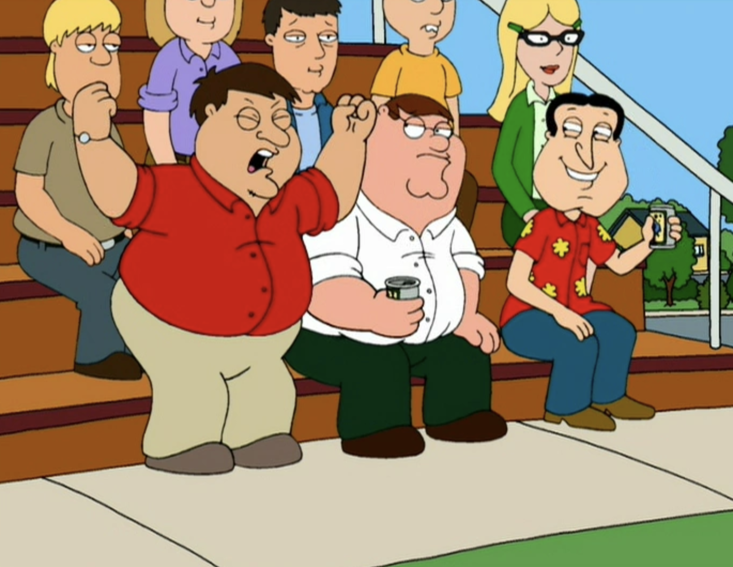 Mind Over Murder is the fourth episode of season one of Family Guy - and it first aired on April 25 in 1999.

Admittedly, it was only loosely sports-based, but the driving moment of the episode occurred at Chris Griffin's football match, so we're happy to include it here.

Peter Griffin's wife, Lois, told him to drive Chris to the match, then come home immediately to look after Stewie - but Glenn Quagmire was there with beer, so Peter decided to ignore Lois' instructions and stay at the game.

When another member of the crowd insulted Chris, an enraged Peter punched his son's tormentor in the face, only to discover that it was a pregnant woman who looked and sounded like a man, resulting in Peter being put on house arrest. 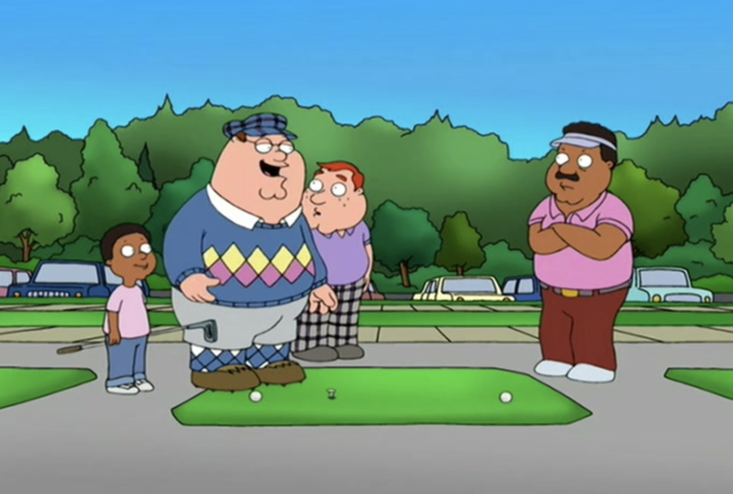 Fore, Father is the twenty-first episode of season two of Family Guy - and it first aired on August 1 in 2000.

During a camping trip, something of a "father swap" took place, with Chris bouncing around between Quagmire and Cleveland, having fallen out with Peter, and Peter taking Cleveland, Jr. under his wing.

As it happened, Cleveland, Jr. emerged as a golf prodigy during this time, but his tendency to become distracted very easily ultimately caused him to lose in a golf tournament - and Peter and Chris ultimately made up, bonding again while firing golf balls at cars.

Bizarrely, Family Guy creator Seth MacFarlane tweeted in 2010 that that the episode was THE worst episode of Family Guy - but both fans and critics strongly disagree. 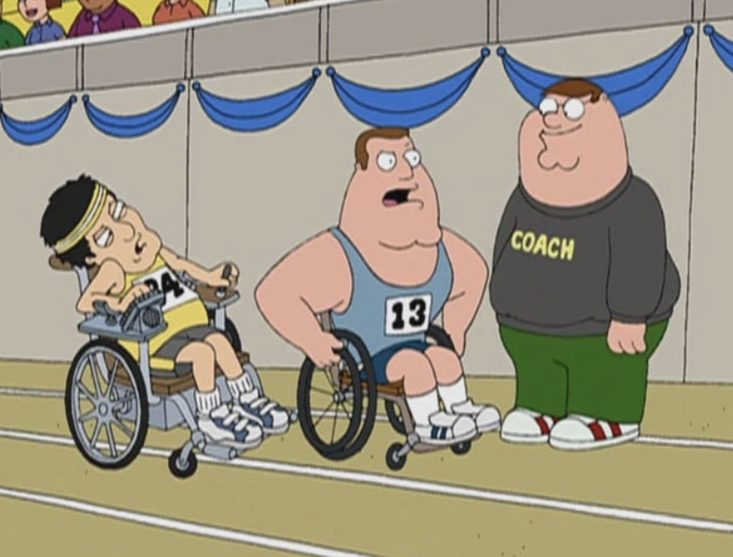 Ready, Willing, and Disabled is the fifteenth episode of season three of Family Guy - and it first aired on December 20 in 2001.

When Joe Swanson ended up feeling inadequate as a police officer, after letting a criminal escape from a scene of crime, he spiralled into a deep depression.

Peter Griffin ended up attempting to cheer him up by suggesting he enter the Special People’s Games - which, of course, resulted in a barrage of offensive jokes at the expense of the participants - and Joe’s main rival during the games was a Stephen Hawking clone who delivered smack talk using his voice synthesiser.

Was it all in bad taste? Definitely. Was it still funny? We're ashamed to say "yes".

Patriot Games is the twentieth episode of season four of Family Guy - and it first aired on January 29 in 2006.

At his high school reunion, Peter Griffin ran into New England Patriots star quarterback Tom Brady, who found himself impressed by the quickness Peter displayed while charging through a crowd to get to the bathroom.

Brady invited Peter to join his team, the New England Patriots, but his over-elaborate celebrations saw him kicked off the team - and he ended up signing with the less impressive London-based Silly Nannies.

It's generally considered to be one of THE very best episodes of Family Guy - and the "Shipoopi" musical number is a real series highlight.