Rugby
Features
The old enemies do battle against on Saturday and have had some epic meetings over the years
Simon Lillicrap
16:00, 04 Feb 2021

England and Scotland have been heated rivals ever since the Romans built Hadrian’s Wall in 122AD, but given that the many years of war are thankfully well behind us the hatred and rivalry can only be played out in one place... The sporting colosseum.

Having faced off in the very first international rugby match back in 1871, these two have been doing battle for 150 years and now. The old foes meet once more on Saturday for the Calcutta Cup, the oldest trophy in international rugby. Over the years there have been some cracking contests between the two sides, so we’ve taken a look back at five epic Calcutta Cup encounters.

Although the very first meeting of these two sides came back in 1871, the first Calcutta Cup game was contested eight years later. No, they weren’t playing football, that really is the score from the first ever contest thanks to a now seemingly strange scoring system.

Played out at Raeburn Place in Edinburgh, a try would give you the opportunity to score a ‘goal’, or you could score a drop-goal which would also be worth one point. So the very first Calcutta Cup game ended 1-1 and nobody claimed the trophy until England won 2-1 the following year at Whalley Range in Manchester. Every trophy has humble beginnings. 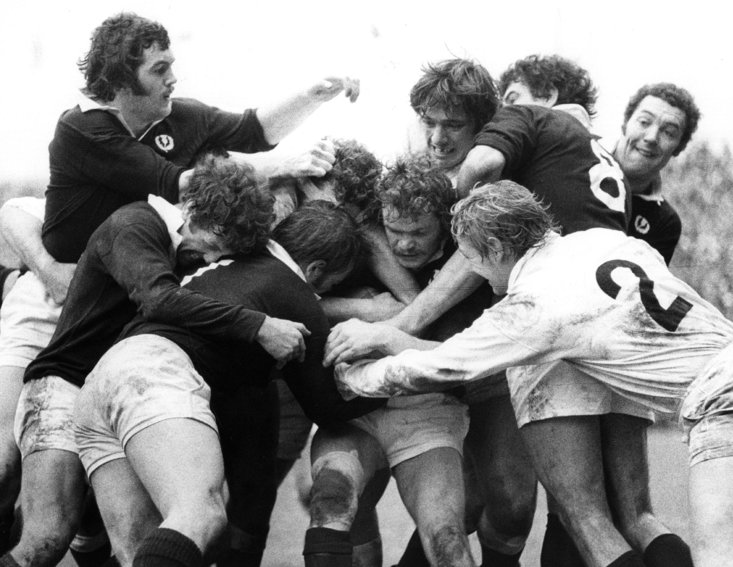 One of England’s finest wins of the 20th century came against their closest rivals. John Carlton, one of England’s most underrated wingers, scored a sensational hat-trick but it was captain Bill Beaumont who took the adulation, leaving the field raised on the shoulders of his teammates.

This win was utterly historic for England. It was Beaumont and his never-say-die pack who got the Red Rose over the line to secure their first Grand Slam title in 23 years. With this win at Murrayfield, England won the Calcutta Cup, completed the Triple Crown and won the Five Nations Championship for the first time since 1957. Epic.

In a game in which no tries were scored, Rob Andrew secured the points with a drop-goal for the visitors. So it may seem like a strange one to pick for our list, but this game is not known for what happened on the pitch. This was before the game turned professional, so when the Englishmen headed to the bar to have a celebratory drink only to discover the Scots had drunk all their whisky, they decided they’d better catch up. Quickly.

A night of chaos ensued, and at one point Dean Richards and John Jeffrey had the trophy filled with champagne, then chucked it in Brian Moore’s face on Edinburgh’s Princes Street and scarpared, with Richards wearing a tea cosy as a hat. After a night out that would put the film The Hangover to shame, the trophy was dented and damaged to the disgrace of officials. Jeffrey was banned for six months, Richards for one game and players are no longer allowed to touch the original trophy. Now that is how you celebrate. 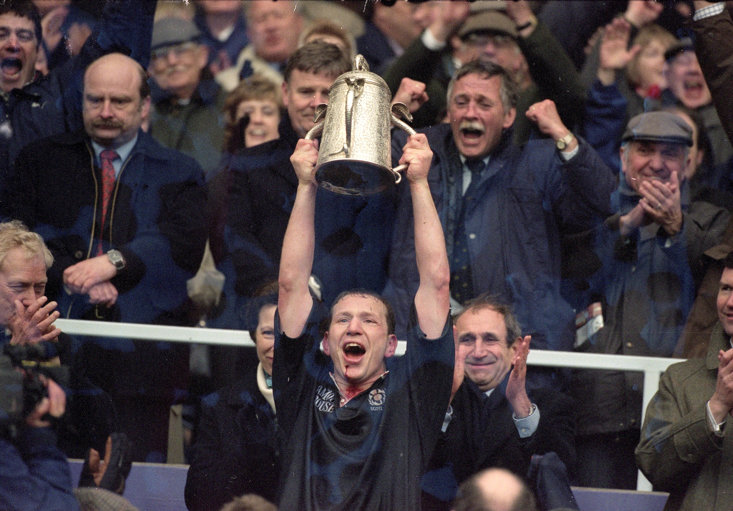 In 2000, Scotland were defending their Six Nations crown but had shockingly lost four games out of four as England headed into the final game 80 minutes away from completing the Grand Slam in their neighbours’ backyard. In the first Six Nations tournament, the torrential Edinburgh rain turned the dream into a nightmare and the visitors crumbled under the unrelenting Scottish pressure.

The game was a scrappy, brutal affair typified by Duncan Hodge’s key try. The visitors couldn’t contain a massive forward drive from the hosts and, roared on by the crowd, Hodge crossed over. Jonny Wilkinson attempted to keep England within touching distance with his boot, but ultimately on this vicious Edinburgh day the Scots came out on top. England may have won the overall championship but in a silent dressing room it certainly didn’t feel that way. Scotland, who had denied their rivals a Grand Slam and won the Calcutta Cup, celebrated in the rain in front of their delighted fans.

Our last offering is a recent classic, as the Scots came to Twickenham looking for their first win since 1983. They may not have come away with a victory on the scoreboard, but it certainly felt like it as they retained the Calcutta Cup for the first time in 35 years.

England looked like they had run away with it, racing into a 31-0 lead after watching Wales win the Grand Slam just hours beforehand. Down, but not out, the Scots produced an epic comeback, almost incomprehensible to the watching viewers. First Stuart McInally crossed before the break, then Darcy Graham (x2), Magnus Bradbury and Finn Russell scored to put the Scots 38-31 up.

They were denied a heroic win by a late George Ford try, but in a game in which Owen Farrell could easily have been sent off, this really had everything. One of the best games we’ve seen in recent years just happened to be between these two oldest of foes.